The authorities of the Gateway (ICT) Polytechnic, Saapade, Ogun State, on Wednesday, shut the institution and asked the students to go home over worsening insecurity… 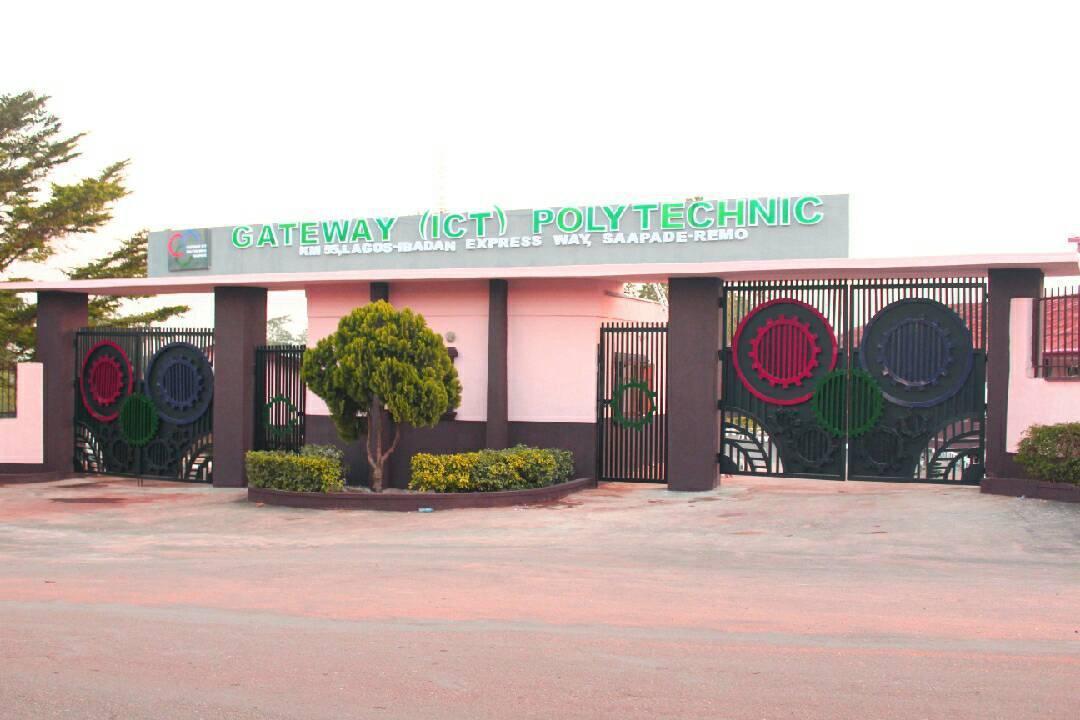 The authorities of the Gateway (ICT) Polytechnic, Saapade, Ogun State, on Wednesday, shut the institution and asked the students to go home over worsening insecurity around the polytechnic.

Students of the polytechnic have been reportedly battling robbery and rape cases around their residences in the last few weeks.

Just on Tuesday, the National Association of Nigerian Students (NANS) threatened a showdown with the state government over the kidnapping and armed robbery of students in some institutions in the state.

The State Chairman of the association, Kehinde Simeon, while speaking with newsmen, specifically said students of Gateway (ICT) Polytechnics, Sapaade and Igbesa now live under the fears of kidnapping and armed robbery.

Responding to the situation, the Acting Registrar of the Polytechnic, J O Popoola, ordered students to proceed on mid-semester break immediately until the security situation improved.

The internal memo dated April 28, reads “In line with the decision of the management, all students are to proceed on a mid-semester break with effect from the close of work on Wednesday, 28th of April, 2021.

“This is due to the security challenges around the students’ residences. Please note that the ongoing examination shall continue immediately the security situation improves.

“Meanwhile, all students should vacate their residences and go home. Any student that stays behind does so at his or her own risk.

“This is for your information and strict compliance.”

Our correspondent gathered that two local members of the local vigilante group have been arrested in connection with the security challenges around the institution.

The local security operatives helping to secure the school environment has been allegedly been detained at the Police Command Headquarters, Eleweran.

When contacted, the Police spokesman, Abimbola Oyeyemi, said the security situation in the area had not “degenerated to the level of asking the students to go home.”

“They might ask them to go home for any other reason.

“We are yet to be informed about that. And I believe that if there is anything like a security threat, they suppose to confirm with the police then we all look at it and see how the security architecture of that place [can be improved].

“The Commissioner of Police is always ready to entertain complaints from anybody.

“Not only that he will entertain the complaints, but he will also take urgent steps to nip such situation in the bud.”

Asked if he was aware of any insecurity in the area, Oyeyemi said, “I’m not aware unless I found out from the DPO in that area. I don’t think we have a very serious security threat in that place.”