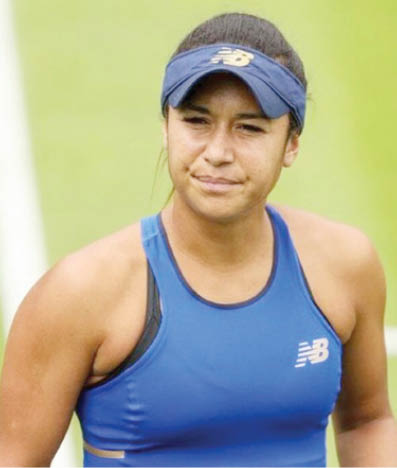 British number two Heather Watson was knocked out of the Abu Dhabi Open in a gruelling second-round defeat by Russia’s Ekaterina Alexandrova.

After losing the first set, Watson came from 4-1 down in the second set tie-break to level the tie.

But she was broken in the eighth game of the decider before Alexandrova served out the match.

She will play second seed Elina Svitolina in the third round.