The Presidential Candidate of the ruling All Progressives Congress, Asiwaju Ahmed Bola Tinubu, recently stated that Nigeria’s oil production under the previous government was 400,000… 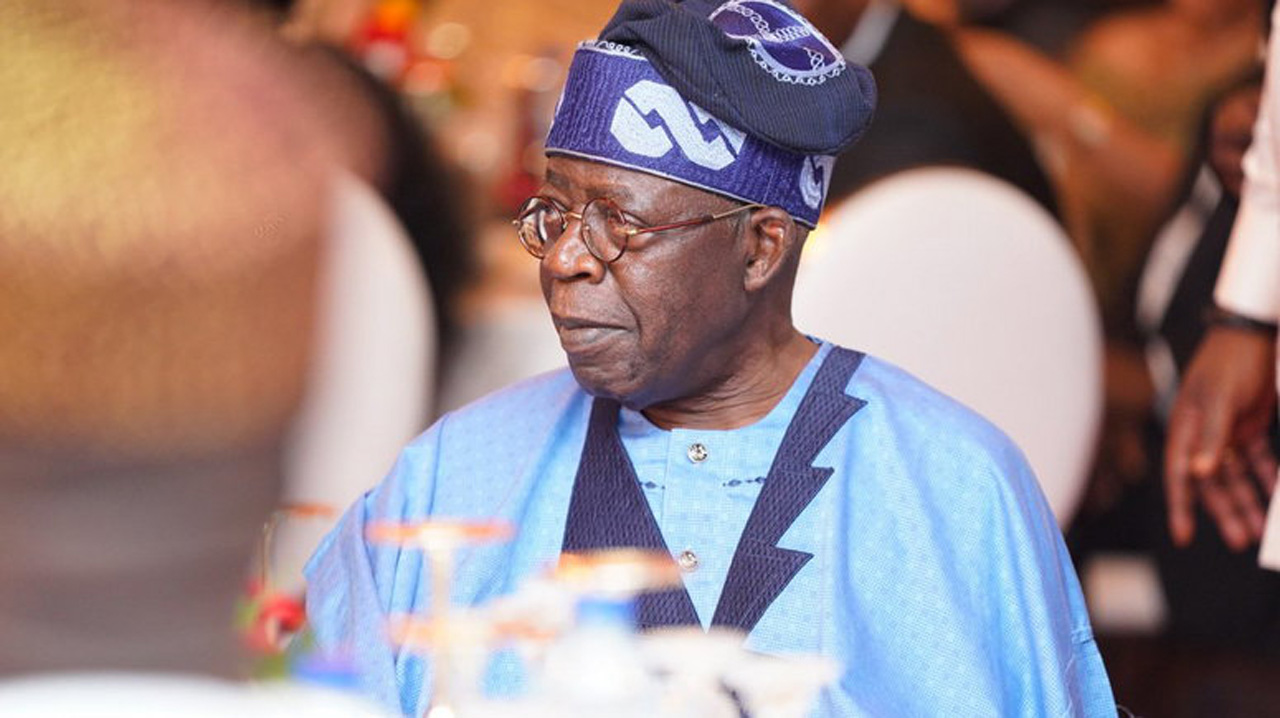 The Presidential Candidate of the ruling All Progressives Congress, Asiwaju Ahmed Bola Tinubu, recently stated that Nigeria’s oil production under the previous government was 400,000 barrels per day before President Muhammadu Buhari took over as president.

He started this while speaking at the launch of the women’s team of the APC presidential campaign.

He also told the All Progressives Congress (APC) women’s wing of the party to tell Nigerians calling for a change of government to “shut up”.

Full Text: Tinubu, who is considered as a ‘frontline’ contender in the 2023 general elections, said he will consolidate on Buhari’s achievements if elected into office.

He said Nigerians seeking a change of government have forgotten the situation of the country before President Buhari assumed office, adding that he will put an end to banditry if elected president in 2023.

“If they say they want a change of government, just tell them, we will like to be polite, but shut up your mouth,” he said.

“In the last eight years, even as a party that inherited a troublesome nation under the weight of uncertainty, we preached change of government which God has changed.”

“Buhari took over, he took over the lowest production of 400,000 barrels of oil, the worst pricing, still the very determined and focused person was able to bail out even 36 states of this country who are not able to pay salary, people who are living in hunger – give him a bravo.”

Verification: Checks by Daily Trust has shown that the claim by Mr. Tinubu in the period under review is inaccurate.

Data from the Organization of Petroleum Exporting Countries (OPEC) shows that Nigeria recorded an average oil production of 2.5 million barrels per day (bpd) in 2011; 1.9 million bpd in 2012 and 2.2 million bpd in 2013.

This clearly shows that President Buhari didn’t take over a government with the worst oil production pricing as claimed by Tinubu.

Also, OPEC data shows the highest price ever paid for crude oil was between June and July 2008, when a barrel of crude oil was sold for around $130 to $147, although the average crude oil price in 2008 ended up being $94.45 per barrel.

Although Nigeria earns huge amount of money from crude oil sales, fuel subsidy payment has done more harm than good to its revenues.

As it stands, Nigeria does not have an accurate figure on how many litres consumed by citizens as figures quoted range between 50 million litres per day to around 103 million litres.

Findings show Nigeria spent N758.1 billion to cater for the cost of petroleum shortfall in the first quarter of 2022.

Analysts have argued that the subsidy cost is denying the country value that could have accrued from higher oil prices.

The PIA although suspended for now to accommodate subsidy payment from now to June 2023, is said to be the game changer in Nigeria’s petroleum sector.

Conclusion: Findings from relevant data show that the claim by Mr. Tinubu on low oil production and terrible prices inherited by President Muhammadu Buhari is FALSE.