While the electoral officers were on ground, only a few voters were seen 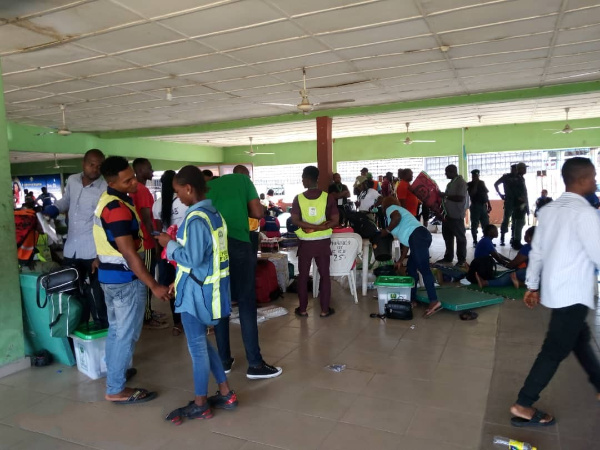 The by-elections into Lagos East Senatorial District and Kosofe constituency two have been marred by voter apathy as registered voters shunned various polling units across the five local government areas of the state.

No fewer than 1,343,448 registered voters were expected to participate in the election taking place in 1, 978 polling units and 71 wards.

Security operatives comprising men of the Nigeria Police, the Civil Defence, among others manned all the polling units.

While the electoral officers were on ground to attend to the voters, only few of them were seen at the polling units.

At polling unit 048 ward 6, the election commenced by 9:00 am but just about two voters were seen.

Also, voter apathy was observed at all the polling units at Ikorodu Local Government.

Our correspondent who monitored the exercise along Ikorodu road reports that some residents flouted the restriction of movement order.

This paper observed that in Yewlwa town of Shendam Local Government Area of the state, INEC staff arrived at the various polling centres in the area but many were not coming out to vote while others were going about their legitimate businesses.

At about 9:am, only the INEC ad-hoc staff and security agents were seen at polling unit 015 where no voter was present.

Our correspondent equally observed low voter turnout at polling unit 011 in the area.

The same situation was observed in most of the polling units that election materials had been made readily available for eligible electorates to cast their votes.