Vote buying is a threat to our democracy

Vote buying occurs when a political party or candidate distributes money or resources to a voter in an election in exchange for his vote. This… 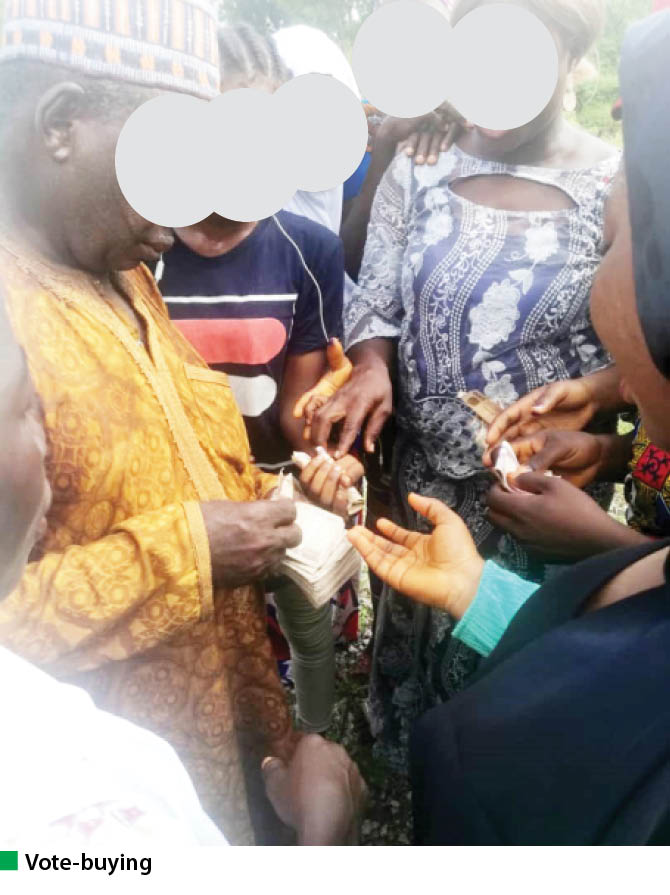 Vote buying occurs when a political party or candidate distributes money or resources to a voter in an election in exchange for his vote. This practice is often used to incentivise or persuade voters to turn out and vote in a particular way. It has been studied that the target of vote buying is largely people of lower income status. But it is good to add that selling your vote is the same as selling your right.

Vote buying and selling have wrecked a lot of havoc on Nigeria’s electoral process and the development of the country.

In fact, it has contributed  to ruining the speed of development of our country. It also contributed in the emergence of wrong candidates who are fraudulent and unproductive to occupy positions in the country.

The practice of vote buying  and selling is illegal. Even the electoral act  goes against it.The act is a criminal offence that should be discouraged by all well meaning Nigerians.

2023: How to avoid election violence-Sultan, CAN

The authorities who monitor the voting process should carry out their responsibility to stop vote buying because it is a dangerous challenge to our democracy.

On this note, Nigerians should realise that vote buying is detrimental to the development of the country and do away with it.

Finally, I urge media organisations to carry out campaigns to condemn the act of vote buying. They should sensitise Nigerians about the evils of vote buying and why it should be discouraged.