Many residents of rural communities in Zamfara State have been struck with several attacks by armed bandits. Locals insist that the perpetrators are Fulani herdsmen,… 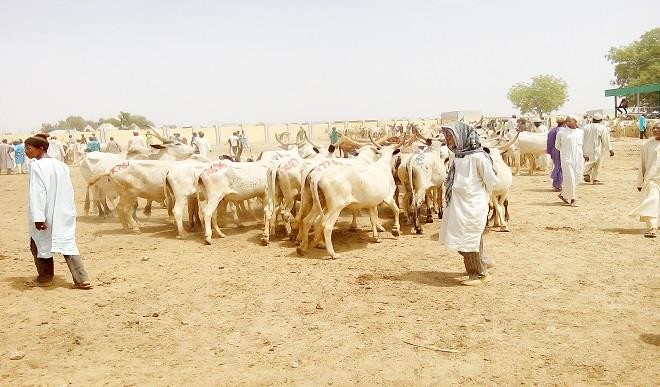 Many residents of rural communities in Zamfara State have been struck with several attacks by armed bandits. Locals insist that the perpetrators are Fulani herdsmen, said to have carried out often horrific assaults, including gang rapes of women, after which large flocks of cattle would be herded away. The deadly raids would also prompt reprisals.
During the last Eid-El Kabir festival, violence erupted between Fulani and Hausa residents at Kango village in Dangulbi of Maru Local Government Area of the state, resulting in many deaths and loss of property. Residents told Daily Trust that shortly after the Eid prayers, gunmen believed to be herdsmen attacked Kongo and Bangon Garaci, killing no fewer than six persons at the outskirts of the village while an additional three were gruesomely hacked to death while tending to their farms.
A resident, Isah Dan Hauwa, said the attackers burnt three shops and 13 motorcycles belonging to residents. On that day, our reporter gathered, shortly after the Eid prayers around 9:00am, some residents visiting a neighbouring village were attacked and shot dead by gunmen, again believed to be herdsmen.
“One of them attempted to escape after he heard gunshots but was chased and hacked to death,” Isah said. “They then proceeded to the village in attempt to launch another attack. On noticing them, the residents organized and fought back, a gun duel ensued and around 1:00pm, the residents repelled the attack,” he added.
Another resident, Yusuf Samaila, said the village head tried in vain to inform security agents. The killings and raids continued unfettered in the villages, he said. “We can’t go to our farms, we are being hunted and killed by criminals. About 30 neighbouring villages were deserted due to the attacks. We urge the government to beef up security here,” he said.
It was further gathered that the gunmen also raided mining sites, kidnapped miners and took away their gold.
Sani Kuka, a resident, said in the past year, more than 2,000 cows had been stolen in Bingi, Yar’ Katsina Maji, Fanda Haki, and Matankari. He said Some residents mustered courage to chase the bandits deep inside the Boruwai Forest where some of them found and identified their cows in a large camp, but the bandits told them to keep off.
“Most residents in the affected communities,” he said, “Know about the camp, it is very dangerous for anyone to go there. Thousands of stolen cows are gathered there before they are herded to markets or neighbouring states for sale. Why should the government leave us at the mercy of these criminals? Our cattle are being seized, our farmlands are being destroyed and  women are being gang-raped. I think there is nothing more disturbing and humiliating this.”
Kuka also said schools were no longer functioning because no-one would risk their lives.
Malam Shehu Ali Isah told Daily Trust that bandits seized 145 cows belonging to him, his wife and brother. “When they struck, they fired gunshots into the air and made away with the cattle including camels and goats. Though the vigilante group, ‘Yan Sakai’, tried to help, they were overpowered by the better armed bandits.
“As I talk to you, families are fleeing these communities every day. From Mairairai, to Bingi, up to Chili and Mutunji villages, people are fleeing their communities,” he added.
But even herdsmen themselves are complaining of how the Yan Sakai are attacking their settlements and killing them. The Yan Sakai is a Hausa militia group set up to check the activities of armed bandits and cattle rustlers. State and security operatives had banned the groups but they still operate.
Fulani communities say the outlawed group was aggravating the situation through their activities.
Alhaji Shehu Ahmad Sarkin Fulani, the National Organizing Secretary of Fulbe Development Association of Nigeria(FULDAN) told Daily Trust that the activities of group were not helping matters. “They attack Fulani communities or settlements and carry out unlawful executions. They go to such settlements under the pretext of hunting for rustlers. They arrest and summarily execute innocent herders,” he said.
“In this regard, they worsen the situation. Relations of those unjustly killed would be forced to take up arms for retaliation and that would not augur well for any one.” He urged government to bring all stakeholders to discuss and find a lasting solution to the menace.
The spokesman of the state police command, DSP Muhammad Shehu, said the ban on activities of the Yan Sakai was still in force and security operatives had been directed to arrest and prosecute any member of the group perpetrating evil.
But over there, the violent crimes continue, pitting Hausa residents against their Hausa neighbours. Only time will tell if the rustlers are stopped permanently.