The election season is here and the main actors are seizing the opportunity to hug the spotlight as much as they can. On Sunday night,… 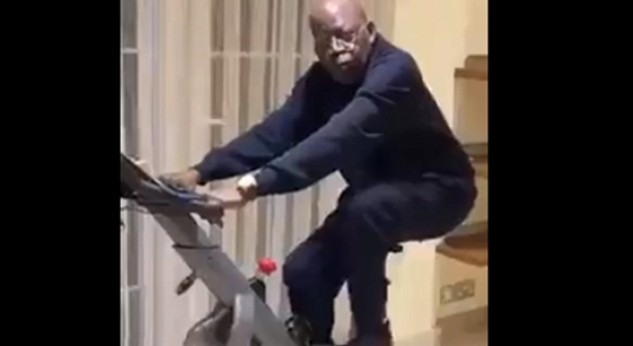 The election season is here and the main actors are seizing the opportunity to hug the spotlight as much as they can.

On Sunday night, Asiwaju Bola Tinubu of the ruling All Progressives Congress (APC) and former Vice-President Atiku Abubakar set tongues wagging with videos which they released.

While Tinubu, whose absence at last week’s peace pact generated a storm released a 7 seconds video of himself at the thread mill, a video of Atiku dancing to one of the songs of music star Davido trended on social media.

Nigerians have been commenting on the videos, which were reposted below:

Many have said I have died; others claim I have withdrawn from the presidential campaign.

This is the reality: I am strong, I am healthy and I am READY to serve Nigerians from Day One.#BAT23 pic.twitter.com/qqPkgSDYjs

Atiku Abubakar dancing to unveil his #PDPRecoveryPlan for Nigeria after #APCFailedNigeria@atiku danced to Davido’s song, Stand Strong to pass his message to Nigerian. pic.twitter.com/ewpW4J1G6w