US urges Nigeria to tap into N5trn climate change fund

The United States Special Presidential Envoy for Climate, Mr John Kerry, has urged Nigeria to tap into a $12 billion (about N5.1 trillion) fund towards… 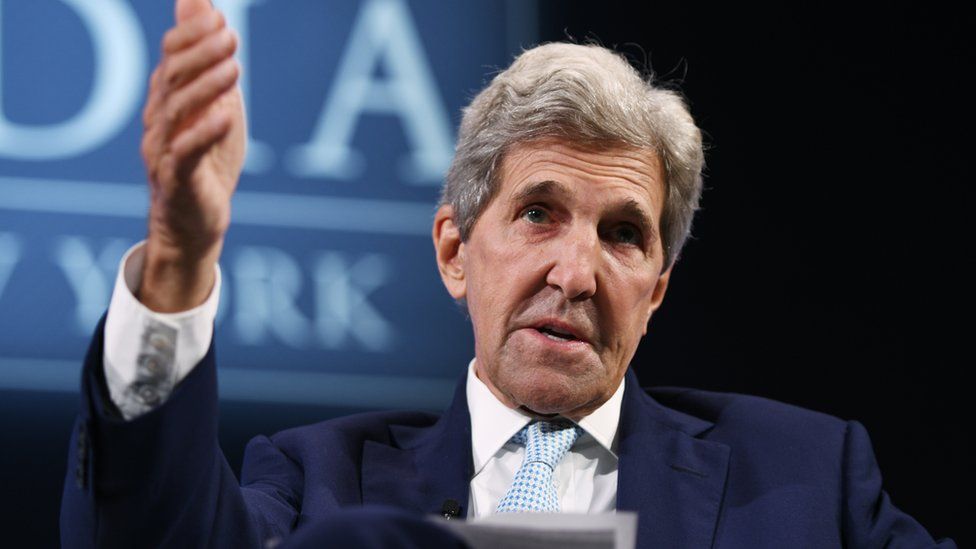 The United States Special Presidential Envoy for Climate, Mr John Kerry, has urged Nigeria to tap into a $12 billion (about N5.1 trillion) fund towards tackling climate change issues in the global race for energy transition.

Kerry, a former Secretary of States, stated this when he paid a courtesy visit to the Minister of State Petroleum, Timipre Sylva, in Abuja on Tuesday.

On the enormity of climate change, Kerry said 80 per cent of all the emissions in the world come from 20 countries. “And if those top 20 countries don’t get this right, it’s going to be very hard for the rest of the world to get it right.

“And at the same time, 48 sub-Saharan African states are responsible for 0.55% of all emissions. So that is a reality with which we are all dealing and it has profound implications.”

Kerry said the challenge of the climate crisis comes from the emissions that come from how vehicles, homes and industries are powered.

“Nigeria is one of the countries in Africa that would suffer the most from the consequences of the climate crisis,” he noted, saying countries have to reduce emissions by 45% or more by 2030.

“And what we don’t want to have happened is that Nigeria and other countries make a decision that they’re going to build out a capacity infrastructure that is going to undo what we’re trying to do and set us back.”

Sylva, on his part, confirmed global cases of climate change and stated that Nigeria was committed to tackling the challenges.

He however said because the country needed to solve its energy issues, it has a gas as transition fuel policy within 10 years. “We have a few years during which gas will be part of the transition,” he added.

He said Nigeria has an energy transition plan for a greater emission reduction action with net zero emission by 2050.