A shooting at a Walmart in Chesapeake, Virginia on Tuesday night has left multiple people dead and injured, police said.  Officers responded to the store… 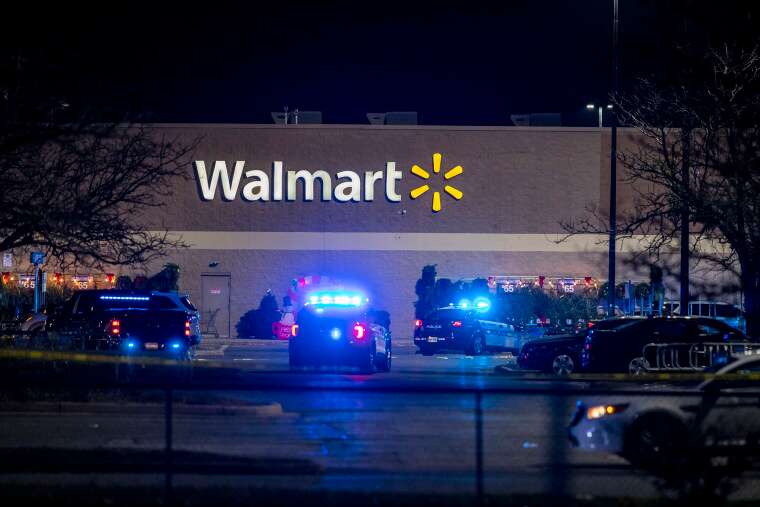 A shooting at a Walmart in Chesapeake, Virginia on Tuesday night has left multiple people dead and injured, police said.

Officers responded to the store less than an hour before closing around 10:12 p.m. and found the victims and evidence of a shooting, Chesapeake Police public information officer, Leo Kosinski told CNN.

Details on exactly how many people killed or injured likely won’t be available until later on Wednesday because investigators were still sweeping the store overnight to look for additional victims or people who may be hiding, Kosinski said. Earlier, he said police believe the number of fatalities is “less than ten.”

“We’re just a couple hours past the initial incident, so everything is very fluid, very new right now,” Kosinski said.

The shooter is believed to be among the dead, Kosinski said, noting it’s not believed any law enforcement officers fired shots during the response.

Investigators believe the shooter was an employee or former employee of the store who opened fire on other employees in a break room, a law enforcement source revealed.

Chesapeake city officials asked people to stay away from the store during the investigation. “Our first responders are well-trained and prepared to respond; please give them space to do so,” the city said in a tweet.

“We are shocked at this tragic event at our Chesapeake, Virginia store,” Walmart said in a statement. “We’re praying for those impacted, the community and our associates. We’re working closely with law enforcement, and we are focused on supporting our associates,” the statement said.

Joetta Jeffery told CNN her mother, Betsy Umphlett, sent her texts from inside the store during the shooting, alerting her that someone had opened fire.

“I’m crying, I’m shaking. I had just talked to her about buying turkeys for Thanksgiving, then this text came in,” Jeffery said.

She said her mother is uninjured but in shock, and they have been reunited.

A reunification centre was set up at the Chesapeake Conference Centre, city officials said. They are asking that only immediate family and emergency contacts for people who were in the store go to the centre.

The Washington, DC, field office of the Bureau of Alcohol, Tobacco, Firearms, and Explosives is assisting local police in the investigation, the bureau said on Twitter.