US based group plans to revive baseball in Nigeria

The International Sports Association (ISA), a US-based global sports body, has indicated its readiness to revive baseball and softball games in Nigeria. To this end,… 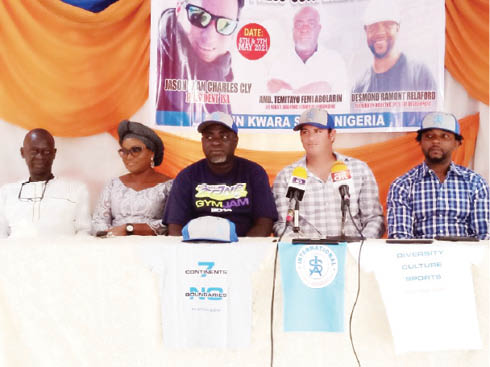 The president of ISA, Jason Charles flanked by other ISA members and state officials during the press briefing in Ilorin

The International Sports Association (ISA), a US-based global sports body, has indicated its readiness to revive baseball and softball games in Nigeria.

To this end, it has concluded plans to build a baseball sports academy in Ilorin in its first phase of the audacious project expected to gulp millions of dollars across the country to develop young talents.

Speaking with journalists in Ilorin, the president of the ISA, Jason Alan Charles, who led other members of the organization to the state said the development programme would train indigenous coaches who are expected to bring out the best in the young lads.

“We intend to achieve all these through the construction of academies, training of indigenous coaches through coaching clinic, courses, classes, online video and manuals among others to avail them requisite knowledge and ability to excel and produce world-class talents in baseball”, he noted.

According to him, the programme, expected to kick-start in August in Kwara state, would focus on scouting for young talents in baseball across the state from age six to university undergraduates.

Also speaking, the state’s Director of Sports, Ibrahim Alarape, praised ISA for the choice of Kwara state to pilot the baseball game development programme, saying that the sports academy would also propel enthusiasm among lovers of the game.