The National Union of Kebbi State Students  (NUKESS), has challenged the 262 students from the state who were awarded scholarship by the state government to… 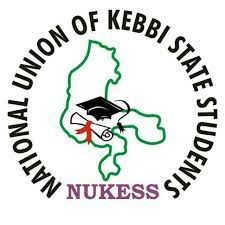 The National Union of Kebbi State Students  (NUKESS), has challenged the 262 students from the state who were awarded scholarship by the state government to study abroad to pursue their studies with vigour.

The National President of NUKESS, Samaila Wara, made the call in Birnin Kebbi.

According to him, the award of the scholarship did not only rekindle hope among the students in the state for a better future but also gave a boost to the state government‘s effort in reinvigorating education

He said the N3.5 billion expended in the last six years for re-engineering the education sector had yielded the desired results as some of the institutions in the state had been upgraded to degree awarding institutions.

“We must also commend the state government for giving sponsorship to 262 students of Kebbi State origin to study overseas. This is laudable and a signpost for education transformation in the state.

He appealed to the state government to come to the aid of its students studying in various higher institutions of learning across the country by settling their last year’s outstanding 50 per cent tuition fees.