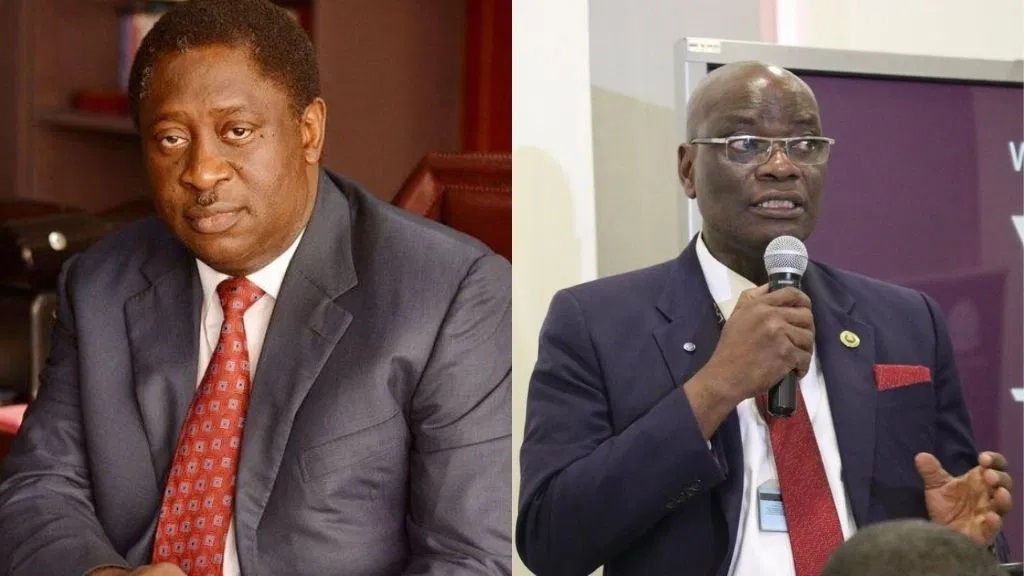 It comes as the sacked VC Oluwatoyin Ogundipe goes to court to reverse his removal on Wednesday by the school’s governing council, which accused him of wrong doing, gross misconduct, financial recklessness and abuse of office.

Soyombo, of the school’s social sciences faculty, was announced as acting VC.

Ogundipe has called his removal an illegality that cannot stand, insisting he remains VC.

However, the Pro-chancellor and chairman of governing council of the university, Wale Babalakin defended Ogundipe’s removal as having followed due process.

“The ‘focal minority’ opposed to Ogundipe’s removal benefited from the alleged corruption under him. “The confusion is that most people don’t how governing council operates. There was full compliance of the law in the removal of Prof Ogundipe,” he said.

“The issue has been lingering on for a long time. Series of attempt were made to reconcile but the VC was not forthcoming. Due process was followed in the removal of Ogundipe. After the council committee indicted the VC, he wrote his defence in May and spoke for one hour. His sack was done in accordance with UNILAG law.

“Under UNILAG laws, voting can be done in secret or open ballot. The votes were counted with each council member’s comments. Everyone voted, they didn’t just vote but they made comments and I read out all the comments. What the law said is that when a VC is removed and you have a complaint, you will write an appeal to the visitor. He cannot on his own, declare that he has not been removed as Ogundipe has done, he cannot also on his own confront his employers. He cannot be a judge in his own court,” he said, alleging that Ogundipe has been looting the university.

Ogundipe asked a Senior Advocate of Nigeria (SAN), Mike Ozekhome to file a suit on his behalf to challenge his removal from office

In a letter addressed to Ozekhome, Ogundipe described the act of the governing council as illegal and unconstitutional. He insisted that his removal was carried out without due process and contrary to the Act establishing the university and other extant laws governing discipline, suspension and removal of the Vice Chancellor of the university.

Ogundipe wrote: “I hereby formally brief you to institute legal proceedings against the Council, Pro-Chancellor of the University of Lagos and others based on their illegal and unconstitutional act of purportedly removing me from office as the VC of the University of Lagos. I humbly urge you to use your legal experience to redress this grave injustice meted out to me.”