Let me begin with a personal story, even though I had hoped not to tell too many personal stories on these pages. In September 2016,… 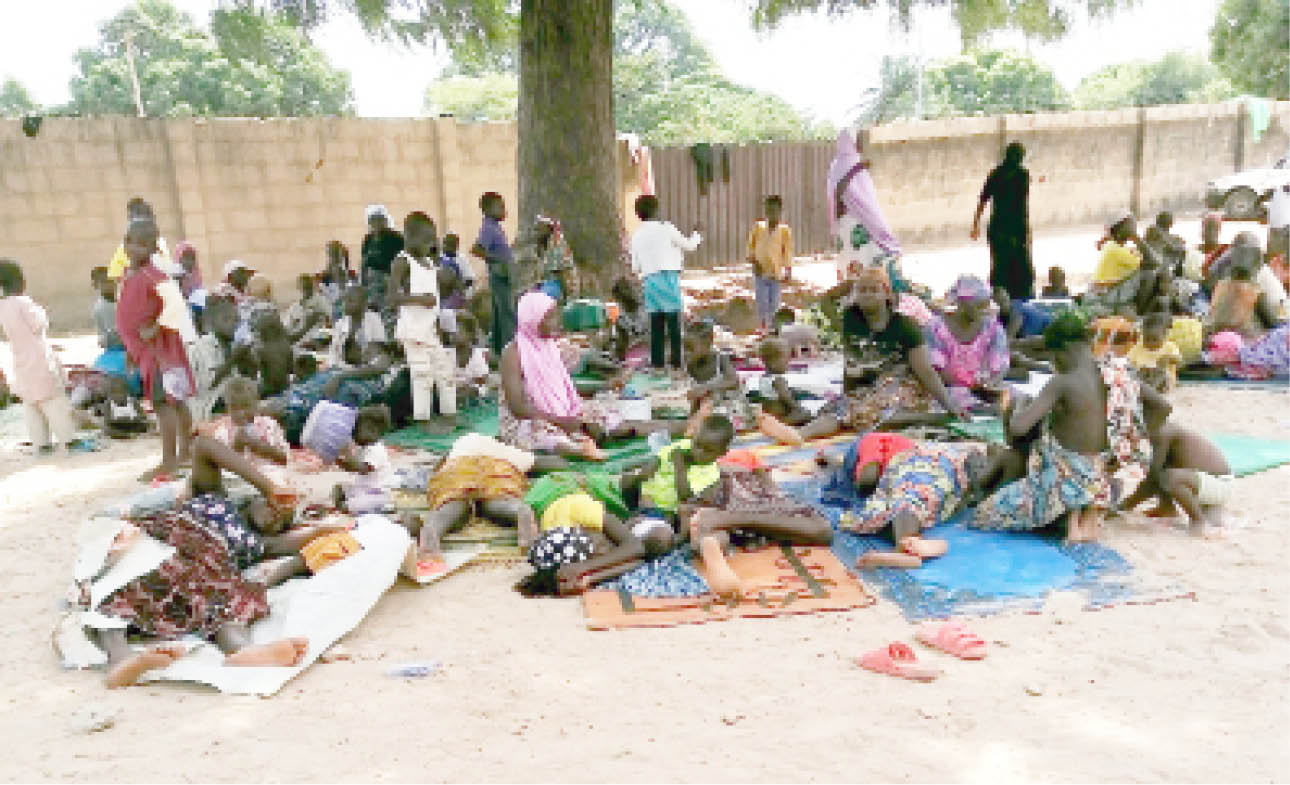 FILE PHOTO: More people who fled homes due to insecurity take refuge at a camp in Minna

Let me begin with a personal story, even though I had hoped not to tell too many personal stories on these pages. In September 2016, I received an email from the Student Affairs Division of the University of East Anglia, Norwich, where I was then in the final year of my PhD. The email was tagged “Hardship Allowance” and it simply stated that I was eligible for an allowance of up to £3500 (about N1.6m in today’s official exchange rate of £1 = N480), to help me see over the rest of the programme, and should I wish to apply, I should come down to the division to discuss my financial situation. The email was partly unbelievable, but it was real.

As anyone who has ever passed through any degree programme at university would testify, the final year is always tougher for a student, not just academically but financially. Mine was no exception. My fully-funded scholarship (tuition and living expenses), provided entirely by the same university over the previous three years, had run out just a month before, and I had a mountain of bills to settle shortly ahead. So, the email was a God-send, and in the end, I received the full amount for hardship allowance in two payments, without any hassles and all within two weeks.

That allowance did more than see me through the remaining months of the programme. That somebody even remembered that I was there and would need help at a crucial moment of my programme was breathtaking for me. It spoke to my inner core as a person, and even though it did not make me wish I was British, it taught me something about both citizenship and statecraft. It taught me about how to govern not only the physical spaces in a country, but also the hearts and minds of the citizens. And it brought home to me how the very idea of the “security” of the state must be intimately bounded up with the extent to which the state connects to the hearts and minds of its citizens, and the ways and means of doing just that.

Now, “ungoverned spaces” has become the standard metaphor among  government officials, public commentators and security experts for evoking the rising insecurity in Nigeria, particularly in the north, over the past decade or so. The rise of Boko Haram in the North East and banditry in many states of the North West and North Central is often captured in this metaphor of ungoverned spaces, often, with two imports.

On the one hand, it implies those large parts of northern Nigeria that are said to witness almost no presence of government: no schools, no hospitals, no police stations or barracks, even though thousands of Nigerians live in those areas. You will often hear experts speak of lands and forests without any governing structures across many states of the north, which are then said to provide a sanctuary for Boko Haram insurgents and bandits to roam free and attack villages and farmers. But more broadly, ‘ungoverned spaces’ is a metaphor for how we think about insecurity in this country: as a matter simply of more guns and more boots to carry and use them. Insecurity in Nigeria, by this reading, is simply because of the inadequate number of boots—of policemen and soldiers—on the ground.

If only we had more weapons, and soldiers and policemen, then security forces will finish off the ‘bad guys, secure the country and all will be well with everyone. In fact, President Muhammadu Buhari spoke in line with this thinking just last week in Kaduna while addressing graduating cadets of the Nigerian Defence Academy. Warning the young officers that the security situation in the country has evolved and taken new dimensions over the past several years, the president reeled out statistics to show what his government has done to improve the situation since coming to office in 2015.

“When this government came in 2015”, the president said correctly, “we inherited a country at crossroads, with bombs going off at frightening frequency, even in our cities, and we came in to confront and manage the crisis”. He then told the cadets, and the nation, that his administration has since procured, “over 550 naval platforms”, increased “the number of Nigerian Air Force platforms by more than 38 per cent”, improved the “serviceability rate of aircraft in the NAF inventory by over 70 per cent”, and procured “more than 2000 units of various armoured fighting vehicles, guns, and equipment” for the Nigerian Army, in addition to “improved funding of the three services along with other security and intelligence agencies”.

All of these may be true, but it only points to the limited conception of insecurity within the Nigerian government, before or now, which only gets the problem worse. With such statistics, the young cadets listening to the president’s speech would be forgiven to think that their country is at war, which they are being called upon to fight with the more weapons procured by the government. And they will be right. Nigeria is indeed at war, with soldiers actively deployed in nearly 30 of our 36 states.

But it must be rare for the president of a country anywhere to speak about spending billions piling up more military wares that are only for use within its own borders, and against sections of its own citizenry, in the name of security. And there lies the problem. From the Niger Delta to Borno and Yobe, and from Katsina and Zamfara to Anambra and Imo, Nigeria is dealing with conflicts that cannot easily be subsumed merely as “insecurity” for which you require more guns and more boots.

But hardly any of the conflicts we are dealing with now arose from solely a lack of sufficient policing. They are deeply rooted in our politics and governance system, and more significantly in the inability of the Nigerian state to evolve soft power mechanisms for keeping citizens aligned to the state almost all of the time. We simply cannot shoot our way to a stable and peaceful country, and it is high time the Nigerian government realises this fact, and begin to devote as much resources on soft power—winning the hearts and minds of Nigerians—as it does to purchasing military hardware, if not more so.

As the president spends more money to buy armoured vehicles and fighter jets, this, and future governments, must also realise the need to spend even more to buy into the hearts and minds of Nigerians, wherever they may be. It is not just about not having enough government structures or weapons in Sambisa, it is also about giving the average citizen a sense of belonging, a good reason to believe they matter, to rebuild public and social trust, to give citizens, particularly the poor, a direct sense of connection to the state. A free, quality, and effective primary and secondary education for every Nigerian child, alone, would help towards reducing insecurity than would 2000 new armoured vehicles for putting out internal fires, even if these would also be needed for other uses. And the Nigerian state can do much more than just that internally. After all, it owns the naira.