For the umpteenth time, the recruitment of personnel of the Nigerian Police Force for 2022 has been stalled due to a legal tussle between the… 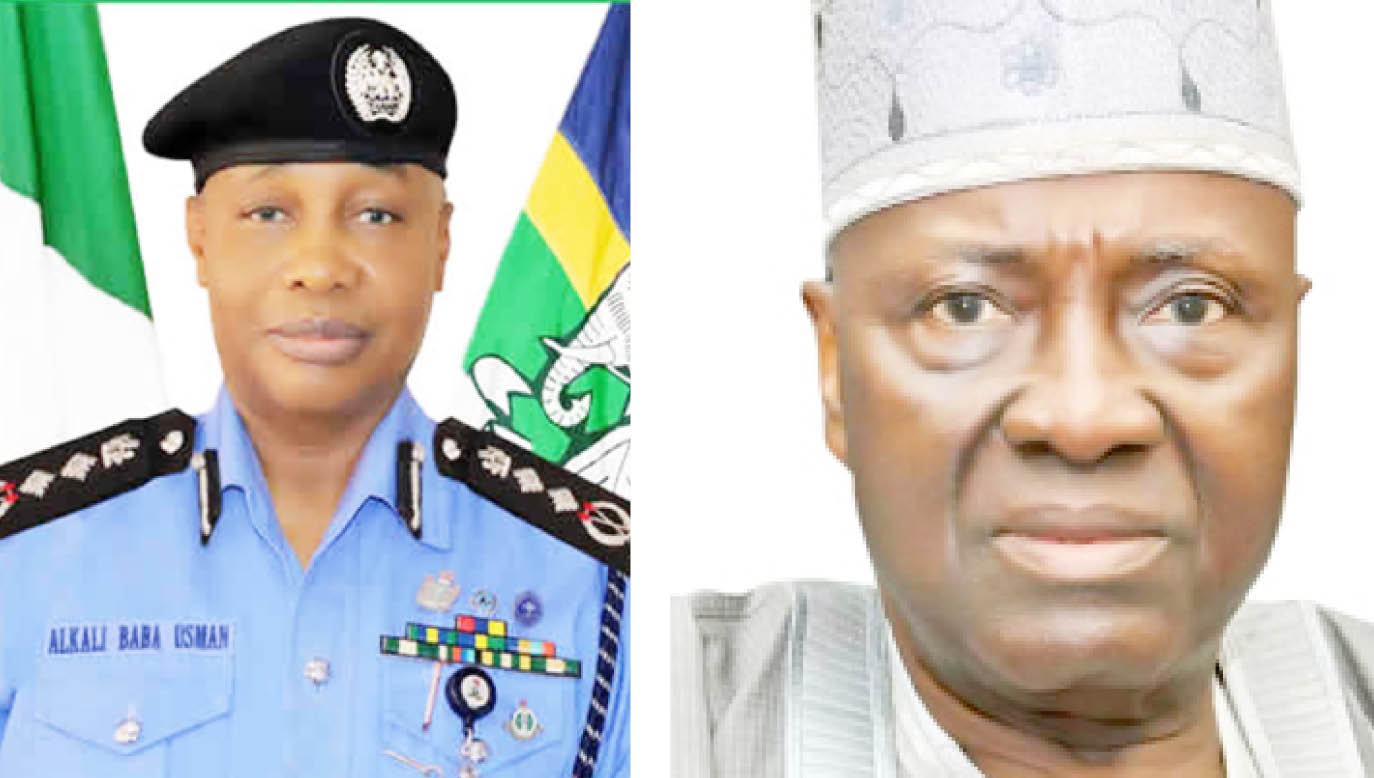 For the umpteenth time, the recruitment of personnel of the Nigerian Police Force for 2022 has been stalled due to a legal tussle between the organisation and the supervising Police Service Commission (PSC).

The PSC had in an advert in national newspapers announced the portal for the recruitment of constables for 2022.

But the Nigeria Police Force informed members of the public to disregard the recruitment exercise as announced by the commission.

In a statement on Monday, the Force Public Relations Officer, CSP Olumuyiwa Adejobi, said the advert had no connection with the Nigeria Police Force and was not in tandem with the police recruitment process.

According to the statement, “The Nigeria Police Force wishes to inform well-meaning members of the public that it has not commenced the 2022 police constables’ recruitment into the Nigeria Police Force contrary to a publication on Page 21 of Daily Sun Newspaper of Thursday, August 11, 2022, by the Police Service Commission (PSC).

“The police similarly state unequivocally that the advert has no connection with the NPF, nor is it in tandem with the police recruitment process and should be disregarded in its entirety. The website to which the publication refers intending candidates – http://www.recruitment.psc.gov.ng – is not associated with the Nigeria Police Force.

“The Nigeria Police Force hereby calls on all stakeholders and intending applicants to discountenance the information in both the newspaper and on the portal as the website is not the official portal for police constables’ recruitment.

The PSC did not immediately reply to the IGP’s protest as calls to the known mobile phone number of the chairman of the commission, Musiliu Smith by this newspaper did not connect.

But the spokesman of the organisation, Ikechukwu Ani, confirmed that they had differences with the police.

He stated: “The Police Service Commission notes the publication of the Nigeria Police Force with regard to the 2022 constable recruitment exercise. The commission wishes to state that all contending issues around the exercise will be resolved between the two parties in the interest of the country.

“All interested applicants and other Nigerians desirous of a career in the Nigeria Police Force should exercise patience while these issues are being resolved. The commission will continue to strive to give Nigerians a Police Force they will be proud of.”

Checks by our reporters show that since 2018 when President Muhammadu Buhari gave a nod to recruit 60,000 police constables (10,000 each year), only 10,000 men have been recruited in the last four years.

Ideally, no fewer than 40,000 officers are supposed to have been enlisted into the Force by now to address the lingering manpower challenge the police is facing, in line with the directive of the president.

When the approval was given in 2018, the arrangement was that 10,000 men would be recruited in 2019, 2020, 2021 and 2022, but the disagreement between the two organisations halted the exercise since 2019 until late last year when the issue was partially resolved.

Following the directive of the president, the police and the commission laid claims to their constitutional powers to conduct recruitment for the police.

The commission filed a suit before a Federal High Court in Abuja which was dismissed in December, 2019 for lack of merit.

In a response, the office of the Attorney General of the Federation pleaded with the court not to nullify the recruitment exercise because it has gone through significant stages with millions of naira already spent in the process.

In the application filed by the Solicitor-General of the Federation and Permanent Secretary, Federal Ministry of Justice, Mr. Dayo Apata (SAN), the AGF argued that recruitment was not stated by the Nigerian Constitution as one of the functions of the PSC.

He contended that by the provision of Section 153(1)(m), (2) and Section 215(1)(b) and Paragraph 3 Part 1 of the Third Schedule to the Nigerian Constitution 1999 as well as sections 6 and 24 of the Police Service Commission Act, “the Police Service Commission is sole statutory body exclusively empowered and responsible for the appointment, promotion, dismissal and exercise of disciplinary control over persons holding or aspiring to hold officers in the Nigeria Police Force except the Inspector General of Police.”

However, after losing at the high court, the commission approached the Court of Appeal in Abuja, which in 2020 agreed with its prayers and nullified the recruitment of 10,000 police constables. It held that the Police Act relied on by the IGP “is null and void being in conflict with the constitutional powers vested in the Police Service Commission.”

Justice Emmanuel Akomaye Agim, one of the three justices of the court, in his concurrent judgement, ruled that Paragraph 30 of part 1 of the Third Schedule to the 1999 constitution gives the power to the commission to appoint persons into offices in the Nigeria Police “and does not exclude constables and cadets to the Nigeria Police Academy.”

However, the then Inspector General of Police, Mohammed Adamu, approached the Supreme Court in October 2020 where he appealed the judgment.

He contended, through Counsel to the NPF, Dr Alex Izinyon (SAN),  that the Court of Appeal “erred in law when it held that the provision of Section 71 of the Nigeria Police Regulations 1968 made pursuant to Section 46 of the Police Act is inconsistent with the provision of paragraph 30 Part I of the Third Schedule to the 1999 Constitution.”

But the appeal was stalled following the police filing its brief out of time. The organisation subsequently regularised its filings in June 2022, with the appellant brief served on the respondents.

Daily Trust on Saturday gathered that before the suspension of the current recruitment exercise, over 3,000 had applied through the portal.

Some of the applicants, in separate interviews, expressed their frustration and berated the authorities of the commission and the NPF, describing the disagreement between them as demoralising and unhealthy.

One of the applicants, Nuhu Mohammed said he went to a cybercafé to apply as soon as he learnt of the vacancy announcement.

“Now, with this suspension, my efforts and money are gone. I once applied for this same job but I was told that this same rivalry between the commission and the police contributed to my exclusion from the process,” he said.

Another intending applicant, Abel Blessing said he had already lost the hope of getting the job because he had attempted in the past without success.

“I can tell you that I have applied for another thing; I am no longer interested in the police job. I have suffered enough,” he said.

Another applicant, Ahmad Salisu, told our reporter that he and his friends were considering taking both the PSC and NPF to court for wasting the time of job seekers and probably dashing their hope.

He also called on President Muhammadu Buhari to call the two organisations to order so that his efforts at bringing a lasting solution to the security situation in the country would not be sabotaged.

Reacting to the controversy, Senior Advocate of Nigeria, Dayo Akinlaja said Paragraph 30 of the Third Schedule to the Nigerian Constitution, as amended arising from Section 153(2) invests the PSC with the powers to appoint persons to any office in the Nigeria Police Force other than the office of the IGP.

“I cannot therefore fathom any basis for the tussle for control of recruitment.

“Beyond all contradiction, the constitution is the supreme law of the nation; it follows that whatever other law that may give any perceived vestige of power to the contrary can only null and void,” he said.

Also reacting, Victor Giwa Esq said the service commission is the agency empowered by the constitution to oversee the recruitment of police officers excluding the IGP, as that is an appointee.

He said that the parties always fight about quotas and slots, adding that “They just want their interest to be carried along.”

Similarly, the executive director of the Centre for Transparency Advocacy, Mrs Faith Nwadishi, said since the PSC was established to perform an oversight function on the NPF, there should be no need for the current disagreement.

She said, “I will advise that the police conform because when it comes to promotion of officers, it is the PSC that does it. So why will it not be the commission that would recruit the same people so that they can follow them up right from the point of entry?

“All these back and forth each time we want to recruit are quite unnecessary. If I cannot employ somebody, what business do I have in looking at the promotion of the person?”

Meanwhile, workers’ union in the PSC has resolved to begin an indefinite strike on August 29 to press home their demands.

The union explained that all the conditions necessary for a continuous working harmony had been breached by its management, saying it won’t back down this time around if the agreements were not met.

The workers had in January 2022 declared a three-day warning strike over the alleged takeover of the recruitment of 10,000 constables by the police and lack of staff promotion and training by the commission management.

A letter notifying the commission’s chairman, Musiliu Smith, of the planned strike was written by the Joint Union Congress (JUC), PSC chapter was obtained by Daily Trust Saturday last Thursday.

Signatories to the notice include its chairman, Adoyi Adoyi; chairman of the Nigeria Civil Service Union (NCSU), Abayomi Anthony; the secretary, Association of Senior Civil Servants of Nigeria (ASCSN), Yusuf Nasidi, and the secretary of NCSU, Remi Ogundeji.

The letter reads, “You may wish to recall that the Joint Union Congress of the Police Service Commission had embarked on a 3-day warning strike on Monday, January 24, 2022, which was suspended in national interest in order to embrace dialogue and reconciliation.

“As a responsible union, we make bold to state that all the conditions necessary for continuous working harmony have been breached by the management, hence our resort to continue with our agitation until our earlier agreements are fully implemented.

“Following from the above, therefore, the union and the entire staff do hereby serve a notice of indefinite strike to the management, beginning on Monday, August 29, 2022.”

The spokesman of the PSC, Ani declined comment on the indefinite strike notice issued by workers of the commission.