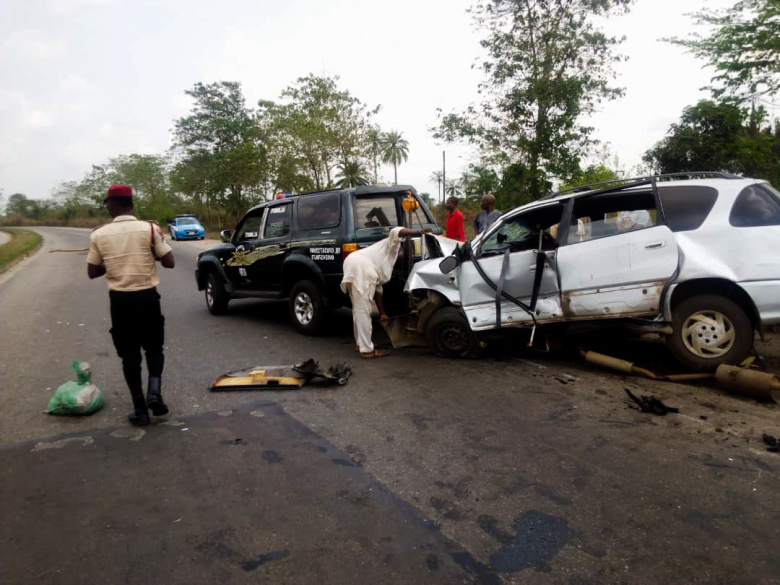 Two people have been killed and two others injured in a fatal road accident involving two vehicles at Zangoro Village along Bauchi-Maiduguri road.

Abdullahi stated that the crash was caused by dangerous driving.

He said that in the process two died and two others sustained various degrees of injuries, while the remaining two escaped unhurt.

“When we received a call about the crash, our men rushed to the scene and evacuated the victims to the Abubakar Tafawa Balewa University Teaching Hospital, Bauchi.

“It was there that a medical doctor confirmed two of them dead.

“The two injured persons are responding to treatment,” he said.

He noted that the corpses of the deceased were deposited at the mortuary after which they would be released to their families for burial.