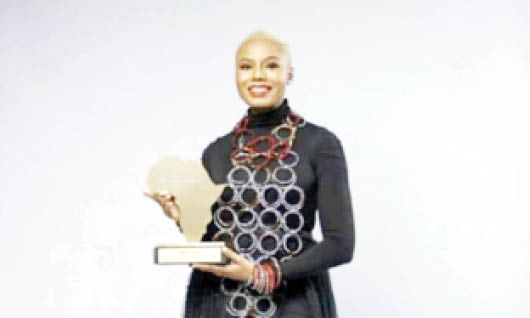 She expressed excitement over the upcoming project, saying she was grateful for the opportunity to immerse herself in a different culture and explore new acting borders.

Nancy implored the support of her fans as their encouragement keeps her going.

“Guys!!!! I can’t keep calm…#NancyIsGoingIndia!! I’m excited to announce that I’m part of the cast of a new project by EP/Director extraordinaire @HamishaDaryaniAhuja.

“This is super exciting for me because I get to immerse myself in a different cultist and explore my acting range. It’s also exciting because I know that I can count on your support to cheer me on throughout the process. I’m not going to ask if you’re ready, because I know you’re ready! Let’s go!!!,” she wrote.

Isime landed her first acting role as a cast member on the TV series Echoes in 2011 and has starred in several notable Nollywood movies such as ‘Merry Men (2018)’ and Netflix original series ‘Blood sisters (2022)’.