.. Systemspecs, FG yet to agree on commission About N5.244 trillion has accrued to the Treasury Single Account (TSA) of the federal government so far,… 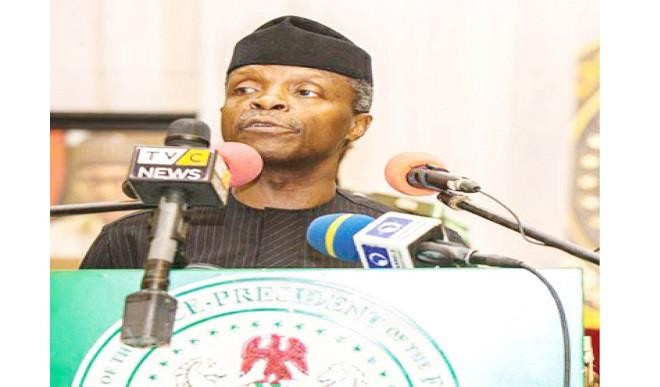 .. Systemspecs, FG yet to agree on commission

About N5.244 trillion has accrued to the Treasury Single Account (TSA) of the federal government so far, the Accountant-General of the Federation, Mr. Ahmed Idris,   disclosed yesterday in Abuja at a 2-day retreat to review the TSA implementation in the country.

Following the presidential directive in Treasury Circular dated August 7, 2015 that all ministries, departments and agencies should close their accounts with deposit money banks (DMBs) and transfer balances into TSA accounts, over 20,000 bank accounts, which were spread over DMBs across the country were collapsed into the TSA.

It is not exactly clear how much credit balance is left at the CBN from the TSA accruals as at February 10 but according to CBN data, the federal government’s TSA credit balance with the CBN as of 2nd December 2016 was N2.66 trillion.

The federal government had overdrawn N1.47 trillion at the CBN as at December 2, 2016, the bank data showed.

As at September 15, 2015, the deadline for all the banks to comply with TSA directive, an estimated N1.25 trillion of public sector funds were moved to the CBN.

Currently, over 1,500 MDAs have complied with the TSA including the military and other security agencies, Office of the Auditor General said.

Mr. Ahmed said the implementation of the TSA brought significant gains to the federal government and the Nigerian economy.

“We have successfully eliminated multiple banking arrangements, resulting into consolidation of over 20,000 bank accounts, which were spread over DMBs across the country.

“This has further brought about transparency and tracking of government revenues. It has also led to blocking of leakages and abuse, which characterised the public finance management before TSA implementation,” he said.

He also noted that “the TSA has taken us out of the era of indiscriminate borrowings by MDAs and saved government charges associated with those borrowings which amounted to an average of N4.7 billion monthly.”

The AGF also noted that “TSA needs to go beyond mere cash management. We should explore the inherent potential of TSA and identify most economically viable options of resource utilisation and deployment, particularly under the present economic recession.”

In his address, the Vice President, Professor Yemi Osinbajo, said with TSA, there is now improved visibility of government revenue and cash flows. Before TSA implementation, it was difficult for institutions to determine FG cash positions in a timely manner. Now that is clear with an average of N13 billion accruing to all government agencies, every single working day.

Represented by the Special Adviser on Economic Matters to the President, Dr. Adeyemi Dipeolu, the VP said TSA has improved decision making and engendered efficiency in public financial management.

“Before TSA, it took an average if 28 days to access cash after the revenue had been collected through commercial banks and about 21 days for MDAs to access their budgetary allocations after it was released to the treasury.

“These timing differences which affected budget implementation have been eliminated,” he said.

The vice president, while acknowledging that there is a lot still to be done on TSA, tasked states and local councils to also implement TSA to tap into the benefits the federal government is enjoying.

Speaking at the sidelines of the retreat, the managing director/CEO, Systemspcs Mr. John Obaro, said the federal government has not paid his company its commissions since May 2015,

“I can’t say exactly how much we are being owed because the figure changes every day. The agreed fee with government was 1 percent. A re-negotiation was made and we had a cap of about N5,000 on each transaction” he explained.

The finance minister, said  the federal government is determined to expand the coverage of the TSA to cover more agencies this year.

“One of the challenges that we have is who should bear the cost of the TSA? Currently, it is being borne centrally but that is not sustainable. We are now working on how to stratify the various agencies,” she stated.

The minister also said government, through the Office of the Accountant General of the Federation, has issued circulars to banks over revelations through the whistle-blower policy, that some banks have not fully remitted government funds in their possession.

Mr. Sylva Okolieaboh, Deputy Director/Coordinator TSA/e-collection, office of the Accountant-General of the Federation said Systemspecs payments were being processed.