Military fighter jets, on Monday, killed bandits at Rarah village in Rabah LGA of Sokoto State. The member representing the area in the Sokoto State… 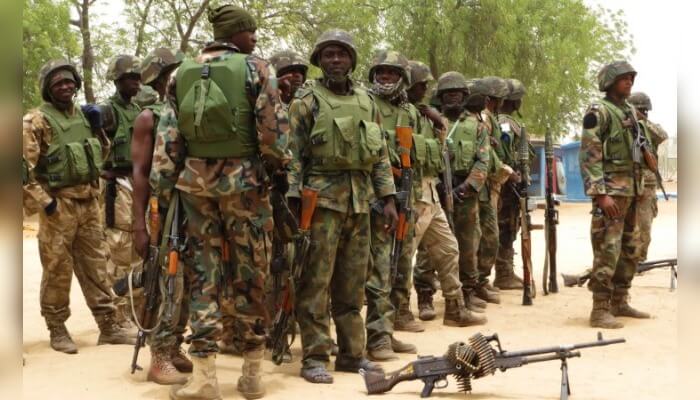 The member representing the area in the Sokoto State House of Assembly, Abdullahi Zakari, said the military bombardment took place in three different places, leading to the deaths of many of the bandits.

He said the bandits were returning from their illegal operations when they were neutralized.

“They attacked about 17 villages, killed three people, and rustled several animals,” he said.

Zakari described the military operation as the most successful in recent times.

“The way they responded to our distress call and even mobilised their fighter jets, is highly commendable. We hope they will sustain the tempo because bandits have been terrorising our people for years unchecked,” he said.

Checks revealed that the bandits attacked some villages in Kware and Rabah before coming under heavy bombardment at Rarah village.

A resident of Rarah, Ibrahim Rarah, said they counted over 16 mutilated bodies of the assailants in one of the areas.

When contacted the Police Public Relations Officer, DSP Sanusi Abubakar, said he was not officially informed about the incident and promised to call back when fully briefed.

The Kaduna State Commissioner for Ministry of Internal Security and Home Affairs, Samuel Aruwan, disclosed in a statement yesterday.

Aruwan said the bandits fled into the forest on sighting the troops, who then destroyed the camps and recovered three motorcycles, military uniforms and bandoliers.