By Maurice Anara Eku  Life for us – the Anara family, was again reduced with the killing of Capt. Osim Nzan Anara, in June this… 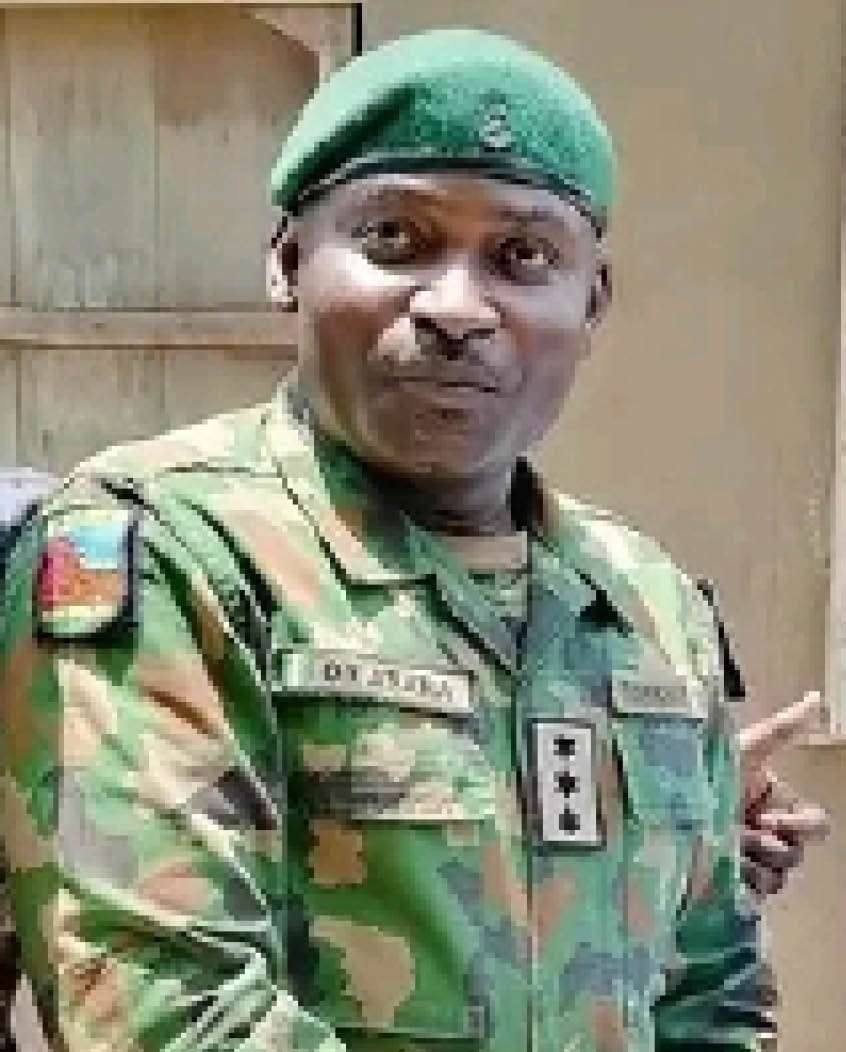 Life for us – the Anara family, was again reduced with the killing of Capt. Osim Nzan Anara, in June this year in Kontagora, Niger State, alongside 30 other military personnel ambushed and killed by bandits in the North-Central state.

The tragedy that culminated in the death of Capt. O.N Anara only added to the litany of absurd killings of soldiers in this country. It, unfortunately, acted a repeat of history when the late Anara lost his elder brother, Captain Ayan-Nzan Anara, in 2019, also in the line of duty in Maiduguri.

After the death of Capt. O.N Anara in June, many other attacks have occurred, claiming the lives of soldiers. Soldiers are indeed vulnerable; whether in Nigeria, Ukraine or Russia. The Anara family can assure you that it is a terrible experience losing its young sons and bread winners to unsuspecting death by bullet wounds.

Going down memory lane, around November of 2019 when the family was led by the now late Capt Osim Nzan to Maiduguri to witness the lowering of his elder brother Capt. Ayam, the family returned to Abuja with a serious note of warning to Osim to exit the army and learn from the bitter experience of how Capt Ayam was killed.

The family appealled to him to forget about the army and take on a private life, and concentrate on his then newly wedded wife.  The late Osim in his characteristic manner confidently told the family that the soldiers of the Nigerian Army have been in battlefield operations in different parts of the world and have returned home alive to tell their stories. That his case will not be different from other soldiers who were war survivors. The Capt. couldn’t have been more confident when he vowed to continue the fight for the soul of Nigeria as he remained resolute and undeterred even by the death of his own brother who was also a captain in the Nigerian Army. He immediately moved straight back to the military base and made preparations for his wife to join him in his barrack residence. This union produced his first and only fruit.

For me, and for the entire family, things have changed so fast; and like they say “from top to bottom.” It is regrettable to even process the fact that it’s been months since the same Capt. Osim is been dead and buried. The way and manner he was ambushed and killed in Kontagora is even more worrisome.

What bandits do in killing officers of the Nigeria Army is to dent the image of the country and discredit government, this is more than putting the families of slain officers in perpetual mourning. The Nigeria government ought to equally interpret it as outright war with these bandits, knowing too well that bandits have crossed all significant threshold that should provoke decisive state action to put an end to the bloodshed.

It was a relief to learn from the last National Council of States meeting that the Nigerian military was “restrategizing” to tackle the bloodshed in Nigeria. Mainstream media carried the news of more than 200 bandits being killed by the Nigeria Air force with some fleeing and drowning in the Lake Chad. With it, we expect that the military will garner momentum to arrest and tackle the bandits in all parts of Nigeria.

Born in 1985, the late Captain Anara attended the Mount Camel Primary School Ogoja in Cross River State. He later went home to his father, a secondary school administrator, in Biakpan, Obubra LGA of Cross Rivers State, for his secondary education, and then proceeded to the Cross Rivers State University of Technology, Ogoja, where he studied for a degree in Business Administration. He later worked in the corporate world, at Triple G (Good Governance Group), from where he enlisted in the army through the Short Service Course. His first posting as Second Lieutenant in 2011 was to 20 Battalion Sati Baruwa in Gashaka Local Government Council of Taraba State where he served as an Intelligence Officer.

From Taraba State, he was posted to 154 Task Force Battalion under 29 Task Force Brigade Borno State, where he served as Adjutant of the Battalion in 2015 and later, reposted to 192 Battalion Owode, Yewa in Ogun State from 2015 to 2021 where he served as Operational Officer until he was posted out in February 2022 for operational duty in Niger State under NATRAC Kontagora. At NATRAC, he served as Officer-in-Charge of Intelligence Service in Wariri where he, alongside other officers, was ambushed and killed on 15th of June 2022.

Capt. O.N Anara’s deep voice keeps ringing in my head as if he is standing before me, as I still struggle to accept his absence. He was a gentleman to the core. He was brilliant and a reminder to everyone who knew him that titles are man-made and meant to serve man. This was a man who had listening ears and was very confident in discharging his duties as a soldier. Although he had limited time to spend with family members from the time he was enlisted into the army, against all existential threats, he still pressed on until his life ended in doing what he loved doing.

Soldiers are indeed born! And like the French writer and philosopher Jaen Jack Rousseau opined, “man is born free and everywhere in chain.” Capt. Osim Anara enlisted freely into the army but his freedom of choice was not “Absolute freedom” as it ended where his job demands started. I personally knew my brother was to be reached more on the phone because of his job, but now no more.

Apart from being a gallant soldier, we are proud to celebrate Capt. O.N Anara as a family man to the core. He never had roles that conflicted with his career and family. He was happily married. The demands of his job made him absent from most family moments, and also distant from his lovely wife especially. He was not by her side in most part of their marriage. They ended up with only a child. My brother could sacrifice anything for the military. He was also a community person. Although a cosmopolitan military man, Capt. O.N Anara did not miss any opportunity to impact his home town of Okosora village, Ikom, Cross River State. He contributed in many ways to his community’s development.

The times I spent with him during his annual leave at our sister’s house in Wuse, Abuja and while we were growing up at Okosora village are all fun memories I would forever cherish.

When we were kids, Osim had a particular toy gun while my mum bought me a blue-coloured toy horse which I loved so much. I could only share my horse with Osim so as to have a hold at his toy gun as we played around. This was how we bonded as brothers and friends. At moonlight, we sat beside our grandfather to enjoy from his wealth of tales. Sometimes, we regaled the elders with random dance steps and it was Osim and myself that carry the day, apart from the late Capt. Ayam. Also, being addressed in our ancestral names then made our growing up unforgettable. There are lots of fond memories with Captain Osim that would linger for a life time.

Time is time and human life is sacrosanct. It is time for government to rise to the occasion by tackling the spate of insecurity by going beyond issuing press statements of threat to bandits and terrorists, while they have continued to snuff life out of professional soldiers and ordinary Nigerians at will. Nigeria is too big to come under subjugation by rag-tag bandits who hide in forests that geographically belong to Nigeria.

What started as a local rebellion, led by so-called local clerics, is now rapidly transformed into unimaginable proposition of warfare in Nigeria and other parts of the West African sub-region. We now see that the war is slow poison that erodes our sovereignty and destroys Nigeria. Nigeria’s sovereignty has been severely challenged and no excuse for the inadequacies of government can be justified for the death of young brains like Captain Anara.

We are going to live forever under this circumstance of burying our young military personnel. Nigerians know this, but it is necessary for urgent steps to be taken to forestall the painful death of more well-trained soldiers. I do not think we have reserve military personnel awaiting like we have in Russia. Parents and government have invested a lot of resources in educating the young men who are being hit and killed by bandits and terrorists in Nigeria. Though we keep saying the conflict is asymmetrical, we should have known how to deal with the situation over a decade after the conflict began.

Let the bloodshed come to an end; let us tackle banditry in our forests once and for all.

May the soul of my beloved Captain Anara, who lost his life in the line of duty, continue to rest in perfect peace, Amen.

Maurice Anara Eku sent in this piece from Abuja