“The true gentleman is the man whose conduct proceeds from goodwill and an acute sense of propriety, and whose self-control is equal to all emergencies;… 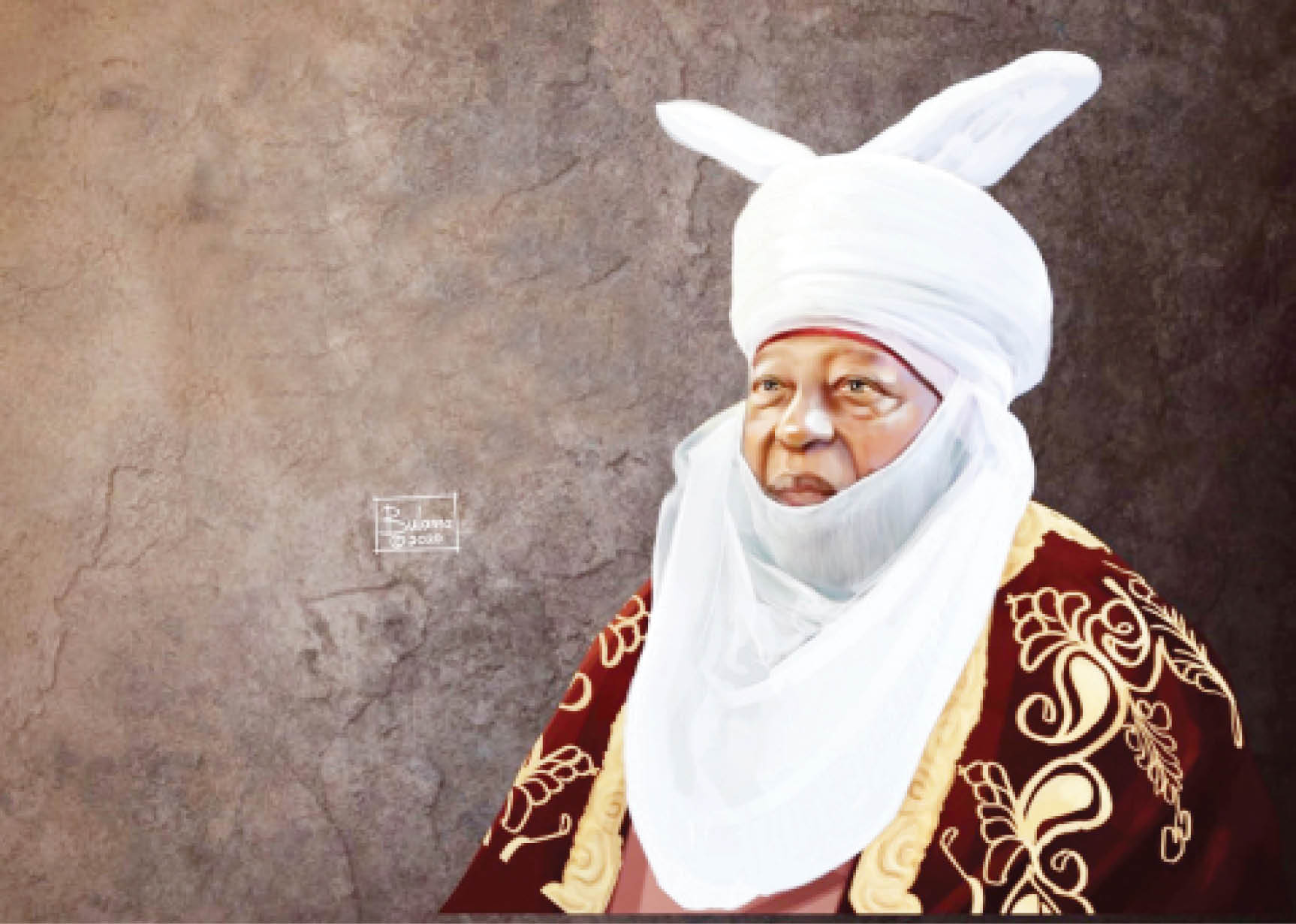 “The true gentleman is the man whose conduct proceeds from goodwill and an acute sense of propriety, and whose self-control is equal to all emergencies; who does not make the poor man conscious of his poverty, the obscure man of his obscurity, or any man of his inferiority or deformity; who is himself humble if necessity compels him to humble another; who thinks of the rights and feelings of others rather than his own; and who appears well in any company, a man with whom honour is sacred and virtue safe” – John Walter Wayland (Virginia Omicron 1899).

The people of Zazzau Emirate woke up on September 20, 2020 to the dreadful news of the demise of one of Nigeria’s longest reigning monarchs, Alhaji Dr Shehu Idris. He reigned with reverence and exceptional tact to the admiration of all his subjects.

John Walter Wayland’s generous choice of words in painting the picture of a true gentleman could easily go as a metaphor for Emir Shehu Idris. His life of service, which spanned a record-breaking 45 years that saw 20 governors of Kaduna State, was laced with finesse, candour, admirable character and genuine compassion. He was to the people of Zazzau what the Hindus would call ‘Pukka Sahib’ – a true gentleman.

Shehu’s life was as humble as his personality. He was born on February 20, 1936, to the family of Mai Anguwa (ward head), Mallam Idrisu Autan Sambo, son of Emir of Zazzau Sambo and grandson of Sarkin Zazzau Mallam Abdulkarimu, the founder of the Katsinawa ruling house and a student of Shehu Usman Dan Fodio.

He was educated at Zaria Elementary School from 1947 to 1950; Zaria Middle School—present day Alhudahuda College —from 1950 to 1955; and finally earned his teaching skills at Katsina Training College, which ushered him into a teaching career traversing many villages and towns within the emirate.

In 1960, he was appointed as the principal private secretary to the 17th Emir of Zazzau, Muhammadu Aminu. He held the traditional titles of Wakilin Ofis (office) and later Danmadamin Zazzau and district head of Birni da Kewaye before his ascension to the throne as the 18th Fulani Emir on February 8, 1975.

His ascension was somewhat unexpected because Malam Shehu, as he was known, was an underdog, and by many measures, not in the same social class with other major contestants like Alhaji Aminu Tijjiani – Turakin Zazzau, former chairman of the NTA Board and former Commissioner for Social Development, North Central State; Alhaji Nuhu Bamalli —Magajin Garin Zazzau, former foreign minister and parliamentarian (father of the incumbent Emir); Alhaji Nuhu Bayero —Dan Iyan Zazzau, a university don and former pro-chancellor of the University of Lagos, amongst others.

But in a twist of fate by the Almighty, the underdog, who we were told reluctantly joined the contest, was nominated by the quintuple of the kingmakers, led by the then Wazirin Zazzau, Mallam Nuhu Yahaya. Their recommendation was approved by Brigadier-General Abba Kyari, the governor of the then North Central State.

And behold, the humble and unassuming school teacher, Shehu Idris, was announced as the 18th Fulani Emir of Zazzau in 1975.

The merriment of the New Year of 1975 came with a new emir.

My late father, Alhaji Ibrahim Dabo’s account of the stewardship of Idris from his early days on the throne to much later years is timeless.

He was close to him right from his formative years, then as colleagues in the Native Authority and titleholders in Zazzau Emirate under the cerebral Emir Muhammadu Aminu, and much later, as in-laws after God joined their children in matrimony.

The extent of their closeness was revealed by the late emir himself sometime in January 2020 when a few family members paid the monarch a thank-you visit after he conferred our father’s traditional title on one of my elder brothers.

He recollected with nostalgia that on one of his visits to our dad’s office as chief accountant of the Department of Works at the Zaria Native Authority in 1955, they both performed ablution and promised to stand by each other in joy and difficulty till death would do them part. We can fairly say they lived up to their words.

My dad would recall Shehu’s stint as emir as heralding with the usual leadership hiccups that come with exuberance. He, however, gradually stabilised, displaying admirable leadership traits, year in, year out like the proverbial good wine that gets better with age. This account has been corroborated by many elders, which affirms his inherent gift and wisdom.

As emir, he served the people diligently and became their reservoir of succour. He was compassionate to a fault, ever there to pick up hospital bills and provide shelter to many.

He initiated countless educational scholarship schemes and rescued many from the tragedies and calamities life thrust upon them. It was, therefore, not surprising that his funeral witnessed an unprecedented sea of people.

On a personal note, since after my father’s death in November 1989, he was not only an emir to me but a father figure that embraced me with open arms and warmth.

Death is cruel. Two years have gone and our beloved emir – an industrious person of wealth, a devout Muslim, tolerant to a fault, accommodating and cosmopolitan, loved by his subjects—has sorrowfully become a relic of history.

Even in death, however, his impactful life of service and labour of love will always be remembered and prayed upon until we meet again in the great beyond.

May Allah continue to bless his soul with everlasting peace and grant him Jannatul Firdaus. Our Shehu, our Emir, our Pukkah Sahib.