A few days ago, another personal tragedy was added to the long list of tragedies that 2020 had piled on the tables of Nigerians. The demise… 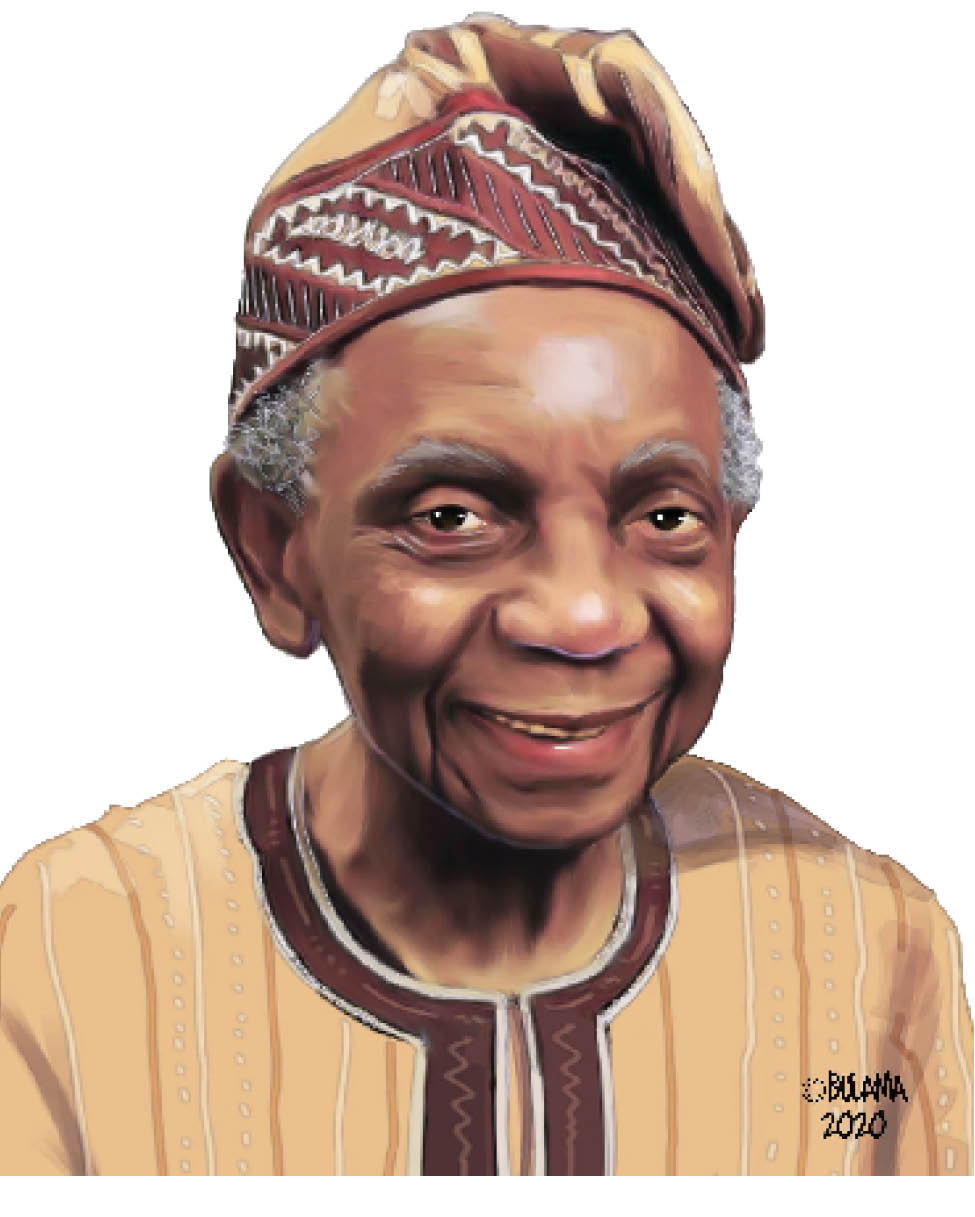 A few days ago, another personal tragedy was added to the long list of tragedies that 2020 had piled on the tables of Nigerians. The demise of Chief Theophilus Adeleke Akinyele might not make a national ripple, but it is a huge loss for Ibadan land, and Oyo State. My responsibility in this piece is to argue that the life of Chief Akimyele quintessentially represents the best in the constitution of the golden age of the civil service in Nigeria.

Chief Akinyele died at the age of 88. I do not want to pretend by saying that this is a “ripe old age”. This is not, simply because the death of such an icon is a terrible loss to everyone, from family to others who have related with him for so long, and who understand what he represents. It is also because in his personality, Pa Akinyele embodies much more than just being an extraordinary human being – with lots of social roles expected of a man: a husband, father, uncle, high chief of Ibadan land, mentor, light bearer, voice of wisdom, and all. Rather, he was all this, and more: he was a genuine public servant who understood what it means to serve.

Professor Toyin Falola of the University of Texas, Austin, has done us a huge service by outlining the snippets of the chronological maturation of Chief Akinyele. This is a man that, unlike many today, did not separate between his life and his profession. Both are seamlessly intertwined on the same ethical trajectory of integrity and transparency. This is a serious testimonial given, that Baba was a business consultant and civil servant, two professions that usually task the moral fibre of any public manager. Yet, he was able to walk the tight rope of the professional challenges without a blot on his personality. And Prof. Falola, who addressed Pa Akinyele as a father in every sense, has given us a sense of the uprightness of Chief Akinyele.

Throughout his nearly nine decades of existence, out of which he actively spent three in public and civil service, I cannot recollect (with my sharp memories) when he was associated with any scandal, negative controversy, or situation that warranted him being called unprintable names. With the positions he occupied, these reproachful acts would not be difficult to come by. However, these pitfalls were not for Baba. As aforementioned, he was a morally upright man. He valued his integrity and disciplined himself to protect his good name. Such was the kind of life he lived, worthy of admiration and emulation for younger generations.

I came to know Chief Akinyele in a different context—as a civil servant par excellence! Akinyele’s 30-year trajectory of meritorious public service commenced when he became a permanent secretary in the ministries of Finance and Agriculture in the old Western region, registrar to the Council of the then University of Ife, head of Service of Oyo State, federal director of budget, and special adviser to the Nigerian president on budgetary affairs. And trapezing this long service route, Pa Akinyele became emblematic of the vocational personality that defined an average public servant when the public service was truly perceived as a priestly calling. And it was that sense of the vocational calling into public service that led those who gave their entire being to serve to transform the system into the productivity and infrastructural wonder that the 70s and 80s produced.

And such a character appeals to the reformer in me, and to my theoretical and historical excursus into how the Nigerian civil service became what it is, and what could be done to excavate the fundamental significance of when it was one of the best civil service systems in the British Commonwealth in the 1980s. Pa Akinyele, like Chief Simeon Adebo and Joseph Imoukhuede, became the quintessence of the system that was ready to serve the people and protect the social contract of good governance. Like the others, Chief Akinyele came into public service from a relatively unconnected academic background. Just as Adebo studied English, Akinyele studied Classics. Both had to learn the nitty gritty of service on the job. And they learnt sufficiently well to transform how we come to see the public service then, and the model it gave us for institutional reform.

My marginal observation of Chief Akinyele’s public service career came when I was also trying to find my feet in understanding the bureaucratic dynamics of the system, as well as its dysfunctions and reform possibilities. This was when Pa Akinyele’s service march came to my attention. One good and indeed poignant example is apposite. In 1975, the late Prof. Ojetunji Aboyade was called upon by the Obasanjo military administration to take up the Vice Chancellorship of the University of Ife. Now, one would have expected that Aboyade’s university administration experience would had provided him with the knowledge of the Registrars’ corps and who had the capacity fit efficiency and performance. Yet, Aboyade shunned that experience, and rather called on Chief Akinyele to serve as the University Registrar. It is an easily answerable question as to why he did that. Akinyele was a walking professional and personal integrity personified. This also calls to my researcher’s memory the invitation to Chief Adebo to become the Vice Chancellor of the University of Ibadan when Prof. Kenneth Dike left 1967. It was an appointment he could not accept as he had to commit to another invitation, by the United Nations’ Secretary General, U Thant, to head the United Nations Institute for Training and Research (UNITAR) in Geneva. Akinyele was eventually appointed as the head of service of Oyo State and secretary to the military government. And on retirement, it was not a time to rest as the federal government and President Shehu Shagari had to draw on his expertise in planning, programming, budgeting system (PPBS) introduced by the Udoji Commission in 1974, and his record of transparency and accountability in making him a federal director of budget.

Chief Akinyele’s autobiography, published in 2002, is appropriately titled Beyond Pushing Files. This title speaks a lot to the perception of the public servants about what they have been called upon to achieve as public servants. Fortunately for Pa Akinyele, his first foray into the Public Service, in 1953, landed him straight into the British moderated colonial Civil Service. The Nigeria Civil Service was just a year away from its official inauguration. And not minding who his administrative masters were, Chief Akinyele said he brought into his first public service job “the kind of seriousness and assiduity…that quickly attracted the attention of my immediate bosses….” And again, it was normal for him, as for others then, to “sit down from 8.00 a.m. to 12.00 noon without getting up until I had entered all entries and balanced all the books.” With this kind of dedication to work, it was not long before Akinyele came face to face with Chief Simeon Adebo. And the first meeting was interesting enough: Adebo asked Akinyele to immediately do away with his cultivated goatee!

And then, he was taken through an administrative briefing on what is expected of an administrative officer in the Western Region. Those with a running knowledge of the administrative and infrastructural achievements of the Western region under Awolowo and Adebo will immediately understand the significance of this briefing. Awolowo’s Action Group that was in government in the region operated under the slogan of “Life More Abundant” as a signal to the government’s commitment to making life qualitatively better for the people. Adebo translated the bureaucratic complement of this slogan into “Work More Abundant” for public servants under his supervision. For Akinyele, that briefing was his introduction. And, for him, “That session has had a most lasting impression on me, my career and my service to humanity.” Chief Simeon Adebo, alongside Chief Jerome Udoji and others across the regions, defined the golden age of the civil service in Nigeria. It was an age when public servants underwent an administrative tutelage that was a source of many serious lessons in efficiency, effectiveness, hard work and cooperative partnership. And this tutelage translated into a productivity profile that is still unmatched in Nigeria. It was genuine public servants like Chief Theophilus Akinyele that were the frontline public servants that Chief Adebo counted upon to carry out his vision of a public service driven by professionalism and public spiritedness.

Not surprisingly, also, the title of Chief Akinyele’s autobiography also subtly iterates the bureaucratic pathology that has undermined the excellence that the public service used to enjoy. Professional conformism has made the civil service essentially bureaucratic; a great rock in the tideline that has refused to reform in line with the fundamental managerial and knowledge imperatives of the knowledge age. This situation of trained incapacity ensures that bureaucratic pressure now compels officers to adhere only to rules and regulations as an end rather than a means, and a ‘yes sir’ servitude to all instructions of politicians so jobs are preserved without concession to professionalism that enables ‘speaking truth to power’. The bureaucratic culture that led to this decline of efficiency, professional self-confidence and authority of knowledge had already started to build up in 1975 when the massive purge of the federal civil service happened.

Eventually, Pa Akinyele had to be added to my limited list of mentors. It was inevitable. In 1999, as an assistant director at the Presidency, I received a highly treasured call from Chief Akinyele. And his call was simply to register his admiration for the impression he had been getting on professionalism behind my work, and in the lectures that I delivered then on policy and public service issues. It was a huge honor, in 2008, to therefore have him chair the public presentation of my book, Theory and Practice of Public Administration and Civil Service Reform in Nigeria.

At his death, Chief Akinyele has sadly been added to the vanishing breed of old guards that represented the best that the civil service system in Nigeria had produced. And sadly too, it is only to their autobiographies and biographies, for those who have them and are interested, that we had to resort as our institutional memory. More could have been done. It is not only that they deserve more; the public service sure deserves more.