Osun State governor-elect, Ademola Adeleke, on Sunday, said the outgoing governor of the State, Gboyega Oyetola, is behaving like former President Donald Trump of the… 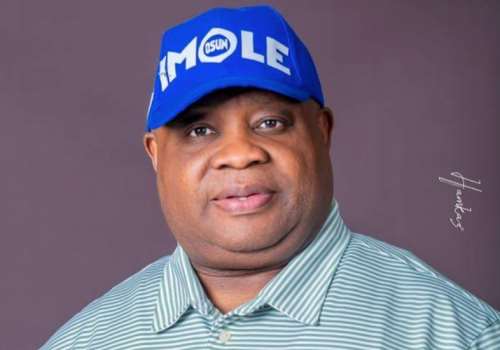 Osun State governor-elect, Ademola Adeleke, on Sunday, said the outgoing governor of the State, Gboyega Oyetola, is behaving like former President Donald Trump of the United States, whom he described as a “bad loser”.

He was reacting to a statement credited to Kola Olabisi, the spokesman of Osun State Chairman of the APC, Gboyega Famoodun, questioning the Chairman of Ademola Adeleke Transition Committee, Muyiwa Oladimeji, about the rights he had in asking Oyetola to prepare his handing over note when the matter is still in court.

Adeleke, in a statement issued by his spokesman, Mallam Olawale Rasheed, listed five reasons why he described Oyetola “a Trumpist”, arguing that any sitting leader propounding the ‘I won’t quit advocacy’ as done by Governor Oyetola on the final day of his campaign for re-election is worse than “Trump”.

He said, “We first want to take liberty to list five reasons why the outgoing Governor is every inch a Trumpist and even likely worst as noted by Dr Muyiwa Oladimeji, an accomplished professional and Chairman of Ademola Adeleke Transition Committee.

“A quick search would have educated the writer to know that Trump and his allies filed more than 20 court actions to stop the will of American people from prevailing. It follows therefore that the major premise of APC’s questioning of erudite Dr Oladimeji’s unveiling of Nigeria’s Trump is groundless.

“Any sitting leader who propounded the ‘I won’t quit advocacy’ as done by Governor Oyetola on the final day of his campaign for re-election is a worst Trumpist.”

“We must point out further that when the July 16th results were out in public attested and authenticated as valid, the Governor was still claiming a win.

“At a time his party members were already accepting electoral loss as traceable to several factors, the Governor was holding fast to his ‘anigbele’ agenda exactly like a Trump who is still delusional and think he was rigged out.

“Any leader who electorally failed by all standards, whose loss was acknowledged by his leaders but who remain adamant and intransigent is beyond a Trump. As he opposes democracy, his garb may become that of Italian Benito Mussolini.”

He said he still wondering why Oyetola is not cooperating with Transition Committee in the State in order to allow smooth transition in line with laws of the land and democratic tenets.

“Pressing the matter further, Trump in pursuance of his ‘election denier’ launched out to manufactured fake votes and alibi to remain in power.In fact, the search for votes was desperately pursued but for the democratic alertness of the mandate holder, Senator Ademola Adeleke.

“We must elaborated further by calling attention to attempted mutilation of American governance structures when Trump discovered the political end has come.

“The many appointments and approvals centering even on national security that he gave few days to quitting office bear the hallmark of every steps, actions and deeds of Governor Oyetola. The Governor looks every inch a good students of Mr Trump. If that behaviour is not Trumpist, is it that of Brazilian Jair Bolsonaro?

“And the last of the points why the Iragbiji politician is a Trumpist is his attitude to the setting up of Transition Committee. Trump not only refused to set up a transition committee but barred appointed officials from relating with the Biden team. What has Governor Oyetola done? Worst than Trump’s conduct is happening as elaborate plans are being executed to ground the state after November 27.”