It has been a relatively quiet transfer window so far for most clubs as we are nearing the close of the mid-season transfer market. However,… 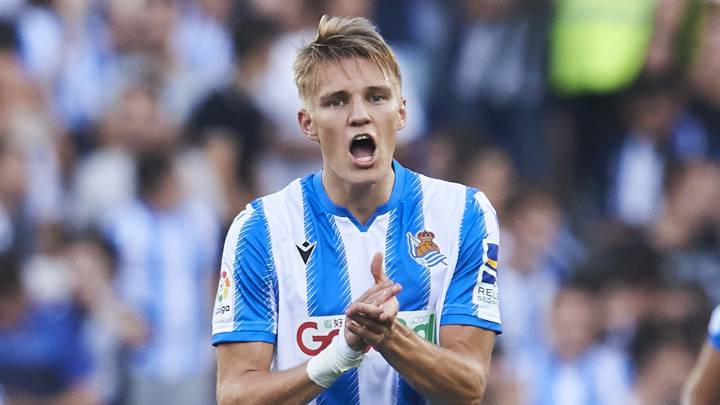 By Joshua Odeyemi with agency reports

It has been a relatively quiet transfer window so far for most clubs as we are nearing the close of the mid-season transfer market.

However, there are rumours of imminent moves and we are bringing these to you here.

According to numerous reports including FootballLondon, Martin Odegaard has told Real Madrid he wants to leave the club on loan this month in order to seek more regular playing opportunities.

The 22-year-old excelled last season on loan with Real Sociedad, which led him to remain with Zinedine Zidane’s squad for the current season, but it has resulted in just 233 minutes of league action this season – only five of which have come since the start of December.

A return to Sociedad will immediately be seen as the most likely option for Odegaard but an emergence of Premier League interest would not be a surprise.

Arsenal do, of course, have ties with Real Madrid due to Dani Ceballos spell on north London, where he is currently in his second season with the Gunners.

Once regarded as the most exciting prospect in world football, Odegaard signed for Los Blancos in 2015 at the age of just 17.

AC Milan close in on Tomori

AC Milan director Paolo Maldini has said they are closing in on Fikayo Tomori’s loan deal.

The 23-year-old enjoyed an impressive breakthrough for the Blues last season, having returned to the club after a brilliant loan spell at Derby – where he was named player of the season – under Frank Lampard’s tutelage.

But he has fallen out of favour with Lampard during his second season, having made just four first-team appearances, and Lampard has given club chiefs the nod to let the one-cap England international depart.

“He’s always been one of our targets. He’s perfect for our squad – we’re working on the last details.”

The move is set to be a loan with the option to buy, with Chelsea reportedly setting their price at £26.4million (€30m) if they want to sign him permanently, but it will NOT be an obligation for the Italians.

Norwich City head coach Daniel Farke insists Emi Buendia will not be joining Arsenal or any other club in the January transfer window.

According to Talksport, while speaking ahead of the Canaries’ Championship game against Bristol City, the German addressed the continuous links regarding his prized asset and the Gunners.

“Nothing will happen this month,” he said. “In this business you can never confirm something with a 100 per cent guarantee but I would label it 99 per cent.

“For the best players in the world, or the players with the best potential, it is always the summer these transfers happen. Not in January.”

Adama Traore is wanted by Liverpool and Manchester City this month – but the Wolves winger is unlikely to sign for Leeds.

According to Sport, the Premier League trio are all interested in signing the former Barcelona and Aston Villa speed merchant in the January transfer window.

Leeds’ Director of Football, Victor Orta, is no stranger to Traore having played an integral role in reigniting his career at Middlesbrough.

However, any talk of Traore joining the Yorkshire giants has been described as ‘pure fantasy’, as per Leeds Live.

Spanish publication Sport claim Wolves are not willing to sell Traore for anything less than £35million this summer, as the Spains winger looks to secure more game time with one eye on this summer’s European Championship.

Real Madrid in race for Alaba

Real Madrid remain the top favorites for a free Alaba move, according to Sport1. FC Barcelona are also still in the race.

Real coach Zinédine Zidane was asked at a press conference in the run-up to the cup game at Club Deportivo Alcoyano on Tuesday afternoon about Alaba.

“I understand your question. But you are asking me about a player from another club. I will not comment on that. What interests me is tomorrow’s game.”

A stay with FC Bayern is currently excluded, unless the Munich-based company bring their already withdrawn contract offer back to the table and improve their salary.