Traders at Rimi Market in Kano State have accused the Kano Municipal Area Council of forcefully evicting them from their stalls. The government had on… 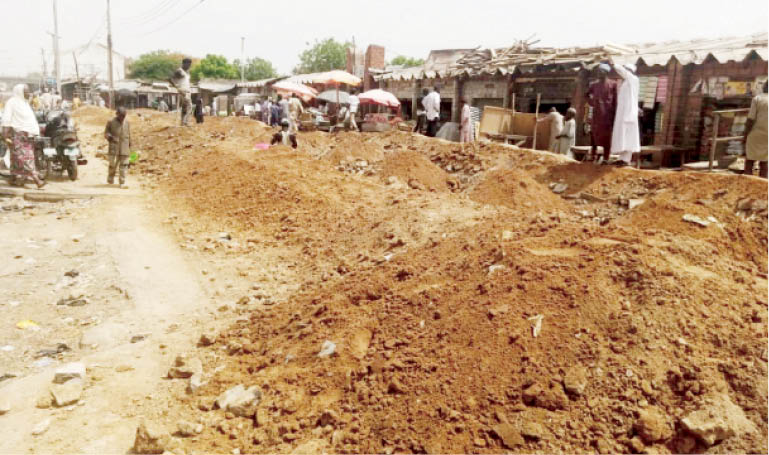 Traders at Rimi Market in Kano State have accused the Kano Municipal Area Council of forcefully evicting them from their stalls.

The government had on Sunday demolished some stalls at the market and embarked on a renewal project.

Decrying the situation, the Chairman of the Rimi Traders Association, Malam Balarabe, said they had been occupying the place for many years through “appropriate legal process” and as such they were shocked by the “overnight” eviction notice from government.

He said, “Every one of us purchased their stalls from the municipal local government, and we have been paying both the state and local government revenues. We also renew our CFO every year, but only for us to be told that the whole place was sold out to one businessman. This is unfair.”

He added that they were summoned by the Kano Road and Traffic Agency (KAROTA) boss, Baffa Babba Danagundi, on Friday, who informed them of the situation and gave the traders two days to relocate their wares.

He said while they were still trying to come to terms with the situation, policemen stormed the market with caterpillars and began demolition with many traders losing their wares.

He further said, “We were left with no place to keep our wares. If not for intervention from some residents in the area that offered us spaces in their houses only God knows what might happen to our wares.”

He added that a few of their members were later given a place to trade under the Murtala Muhammed Hospital bridge, but that the majority of the traders were still stranded.

The Secretary of the association, Sani Abdullahi, said had it been government gave them the option; they would have re-purchased their stalls.

The traders, therefore, appealed to the state government to provide them with affordable market stalls, but not under the bridge.

Reacting, Vice Chairman of Kano Municipal Local Government, DanBello Aminu, said the allegations were coming up because of the political season, noting that the council had settled with affected traders by relocating them under the Murtala Muhammed Hospital bridge and also providing them with N25,000 each to cushion the effects of the “relocation”.

But the traders association said the government was being economical with the truth, insisting the N25,000 given to some members was tagged palliative and not compensation.