Tottenham will spend in January

Tottenham have agreed to back coach Antonio Conte with funds to bring in fresh talent in the January transfer window. Conte wants to release Bryan… 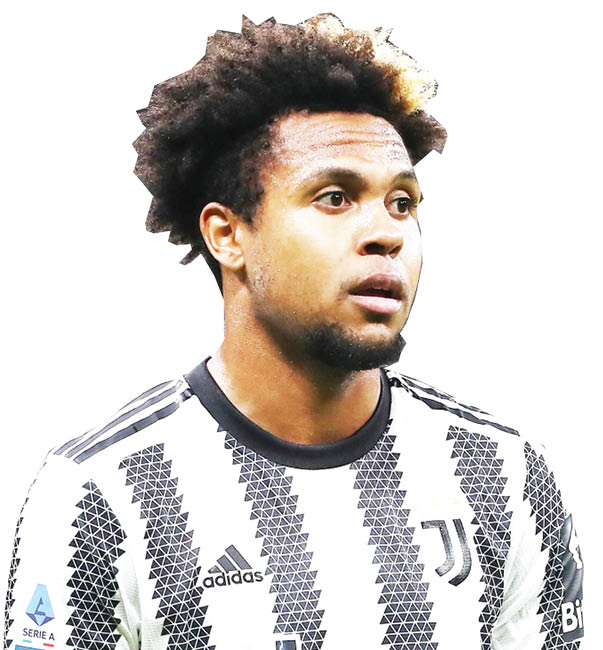 Tottenham have agreed to back coach Antonio Conte with funds to bring in fresh talent in the January transfer window. Conte wants to release Bryan Gil and Japhet Tanganga. Summer signing Djed Spence is not ready yet to play in the first team squad according to Conte and will probably go out on loan to gain more experience. This week the Italian boss said he could not work “miracles” and I understand he wants to improve his choice of first team players by buying a defender, an attacker and a midfielder. Tottenham spent £120million in the summer transfer window however the financial team at the club have been working on building extra capital to fund purchases. The United States 23-year-old midfielder Weston McKennie is a name I keep hearing and despite failing to secure his signature in the summer the Gunners are likely to add the Juventus man to their list of targets.

Jude Bellingham has gone from strength to strength this season and his remarkable form is drawing more attention across Europe. The 19-year-old is considered one of Europe’s next generation great midfielders. Liverpool have long had Jude in their sights and his performances this season have highlighted what he could do to improve Liverpool’s ageing midfield. After losing the race with Real Madrid to sign Aurelien Tchouameni last summer Liverpool are struggling and the possibility of not achieving a place in the Champions League for next season has heightened the worries that Jude might prefer to look at Real Madrid, Chelsea or Manchester City. Liverpool owners Fenway Sports are also wary of paying £100million for a player. He would also command a weekly salary of £200,000 although that is within the pay structure at the club. Following their 1-0 loss to lowly Nottingham Forest, a super computer this week predicted only a 61% chance of Liverpool qualifying for a Champions League place next season.

I spoke with my Chelsea medical contacts this week and news of N’Golo Kante’s injury is not good. The 31-year-old has undergone surgery to repair his hamstring but he will be out for four months. The club and Kante agreed on the surgery after taking advice from specialist doctors. New Blues manager Graham Potter has not been able to use Kante once since he took over at the club and the midfield maestro has missed 15 matches already this season. It was pointed out to me that Chelsea suffered more injuries than any other Premier League club last season. New owner Todd Boehly has made big changes to the medical staff at Stamford Bridge and appointed medical director Paco Biosca and head physiotherapist Thierry Laurent. The injury comes at a difficult time for Kante who is negotiating a new contract as his current deal expires at the end of the season. Chelsea have offered a reduction on his £290k a week wages and a two-year deal but Kante is reluctant to sign it as Juventus and Barcelona are showing interest and he feels he can do better.

Newcastle and England legend Alan Shearer has heaped praise on Newcastle winger Miguel Almiron. He said this week, “Part of the reason why Newcastle are in fourth place in the Premier League is their defensive record. They have conceded fewer goals than any other Premier League club. They have also surprised people at the other end of the pitch. Miguel Almiron scored another superb goal against Spurs and his improvement this season has been incredible. Since he joined Newcastle in 2019 his work rate has never been questioned. He always puts the effort in and more. What has changed is his end product. Not only is he scoring but he also puts balls into the box. Almiron looks a real player now – intelligent, really quick, sharp on the ball and able to go past people.” Shearer also agreed that coach Eddie Howe has shown us all that he is an elite performer. His signings have all been very successful. Sven Botman, Dan Burn, Kieran Trippier, Joelinton, Nick Pope and Bruno Guimaraes have all improved Newcastle and Howe has improved them as players.

From zero to hero for Brendan Rodgers

Two games have changed the fortunes of the Leicester manager. With fans recently singing “You’re getting sacked in the morning” Brendan Rodgers seems to have turned things around after two successive wins. Brendan was top of many bookmakers’ betting lists to be the next manager fired but now everything is different and they are up to 17th in the table after sitting in bottom place for the last few games. To underline his change of fortune Leicester City chairman Aiyawatt ‘Top’ Srivaddhanaprabha has praised Rodgers for his commitment and for turning around the club’s form. We all feared the worst when Leicester fought a goalless draw with Crystal Palace and the owner was seen holding his head in his hands but this week he has addressed supporters and praised the manager and the players.

A few weeks ago I couldn’t imagine comparing Liz Truss, the UK’s ex-Prime Minister (if you hadn’t heard) and ex-Villa boss Steven Gerrard. I wondered if both had the same speech writer as under pressure Liz Truss claimed , “I’m no quitter, I am a fighter.” A few hours later she resigned. Steven Gerrard suffered a barracking from supporters who sang, “You’re getting sacked in the morning” but unfortunately he was sacked 15 minutes after the 0-3 loss to Fulham. Earlier in the day he said, “I’m no quitter, I’m a fighter”…(sound familiar?) An amusing difference between them is that Liz Truss was taken home in a limousine whereas Gerrard had to decide how to get home from West London to Birmingham after being fired. No limousine waiting for him. Should he take the train? No, that would be too obvious and too public. How about an Uber? No, he would have to put up with a driver asking what went wrong. Should he stand on the side of the road and thumb a lift? No, but he might have been picked up by an angry Villa fan driving home and suffered three hours of being told “you are useless.” In the end poor Steven had to climb the steps of the Villa coach and sit alone at the front with all the players, who had let him down, quietly keeping their distance from their former boss.

Playing at 40 years old is the target

What do Chelsea’s Thiago Silva and Manchester United’s Cristiano Ronaldo have in common with AC Milan’s Zlatan Ibrahimovic? The answer is that they both want to play on until they are 40-years-old. Thiago is 38 and Ronaldo 36 but Zlatan has already reached the magic 40 number. Thiago said this week, “It’s very important for me that I can play at this level at this age but it’s not easy, especially in the Premier League. When I finish training, I come back home and think about how I can repair myself for tomorrow. The intensity is high from the first minute and to the last one so you have to be ready and very fit. Silva has just earned his 108th Brazilian cap which makes him the country’s most capped player ever.