It’s another weekend to relax and chill and as you know, Daily Trust will be dropping the Top ten songs of the week that… 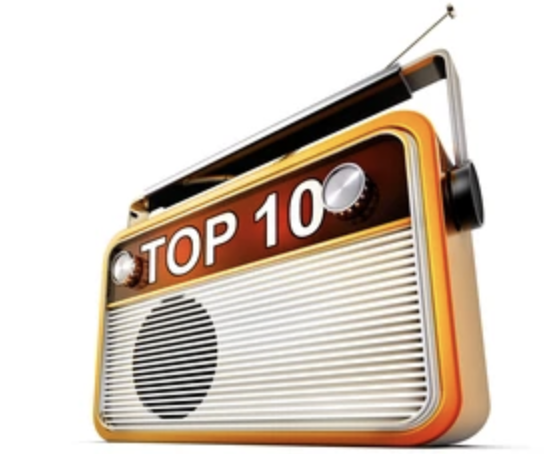 It’s another weekend to relax and chill and as you know, Daily Trust will be dropping the Top ten songs of the week that you can vibe to. Although it was difficult as there were so many jams to pick from, here are the hottest songs for the week.

Our major banger for this week is Finesse. The song which has Nigerian record producer, Philip Kayode Moses, also known as Pheelz, and Nigerian singer, Daniel Benson Buju,popularly known as Buju or BNXN, has Nigerians vibing to the Jam.

The song, which was released in March 2022, is about relationship heartbreaks and it has since gone viral on all social media like an anthem

IDG is one of the eleven lovely tracks on Asa’s latest album titled ‘V’. The album was released in February 2022.

No Pressure by Timaya

This song is his first single of the year after the amazing collaboration with Buju on ‘Cold Outside’.

Another hit that should be added to your playlist is ‘Sare’ by Nigerian singer and songwriter, Simisola Bolatito Kosoko, fondly known as Simi.

The song, which was released in February 2022, did not fail to portray her sweet and melodious voice.

Another crazy and beautiful jam that should be on your playlist is ‘Hate Me’ by award-winning Nigerian rapper and YBNL boss, Olamide Gbenga Adedeji, popularly known as Olamide, and popular Afro beat star, Oluwatobi Wande Ojosipe, also known as Wande Coal.

The song, which was released in February 2022, has an amazing beat and lyrics that will certainly get you dancing on your feet when played.

Queen And More by Jaido P

Another jam making wave on the social media space is Queen and More by Nigerian singer, Jaido P. The song has an amazing tune and beat which makes it very danceable.

Nigerian rapper and singer, Emeka Akumefule, popularly known as Blaqbonez, has us vibing to this beautiful jam called Commander.

The song was released February 2022. He released the song after his successful and sold out crusade, which he themed, ‘Breaking The Yoke Of Love’

The song, which was released in January 2022, speaks about how friends and people come around when you are living in abundance but disappear when one is broke and hustling.

This is coming after he dropped his song, Time and Place. The song speaks about how everyone should face their own lives and not be carried away by what is shown online.

The last on our list is ‘Suliya’ by Nigerian singer, Moshood Adeola, also known as Hotkid.

The song is his first single for the year 2022 after a successful release of his previous single titled, Mandem.

The song, which is in Yoruba language, highlights the lifestyle of Nigerian “Big Girls”.