For years, the Nigerian film industry seems to have been divided regionally. While thespians from the western part of the country identify themselves as Nollywood… 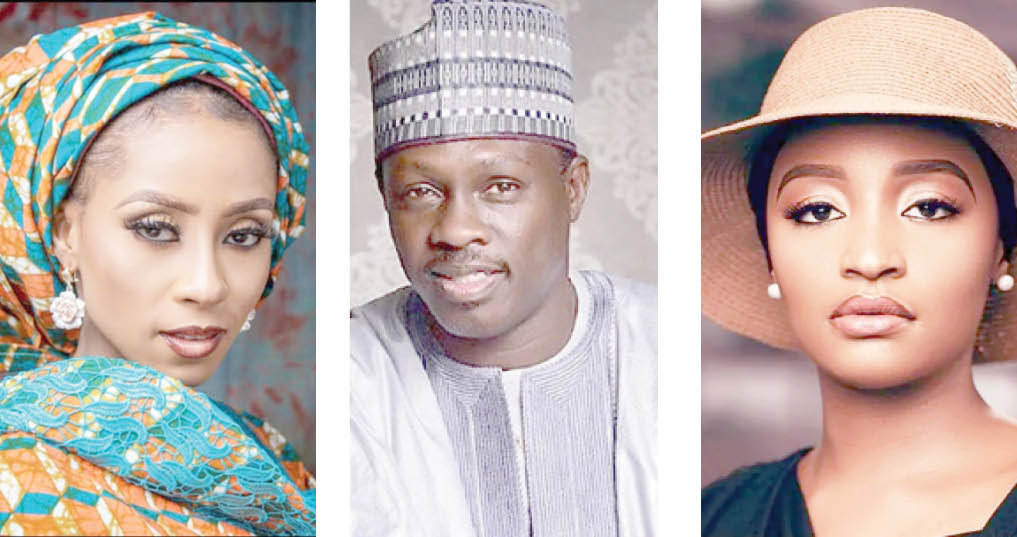 Unarguably one of the biggest northern stars in the Nigerian film industry, born Ali Nuhu Mohammed, on March 15, 1974, the movie star and filmmaker has appeared in more than 500 Nollywood and Kannywood films and earned numerous accolades.

Based on his prowess to interpret movie roles, he is fondly referred to as the king of Kannywood or “Sarki” Ali by the media platforms. Nuhu is widely regarded as one of the greatest and most influential actors of all time in the history of Hausa cinema.

Unknown to some people, the delectable actress, Rahama Sadau, found her feet in the entertainment industry through dance. Born on December 7, 1993, the star actress performed in dancing competitions as a child and during her school year.

However, years later, precisely in 2013, she rose to fame after joining the Kannywood movie Industry with her first movie, Gani ga Wane. Furthermore, she has numerous awards on her shelf as a testimony to her talent. For instance, the actress who has appeared in many Nigerian movies both in the Hausa and English-speaking sectors of the Nigerian film industry has bagged the award for Best Actress (Kannywood) at the City People Entertainment Awards in 2014 and 2015. She also won Best African Actress at the 19th African Film Awards in 2015 by African Voice.

The name, Sani Musa Abdullahi might not ring a bell but once, Sani Danja is mentioned, a smile is likely to pop up on the face of any movie lover. This movie star is one of the few that has bridged the gap between ‘two worlds’.

Many should know that this thespian is an all-round entertainer. Born on April 20, 1973, the film star, is also a singer and dancer. Moreso, he is a traditional title holder as he was turbaned by the Etsu Nupe, Yahaya Abubakar, as Zakin Arewa.

However, he made his 2012 Nollywood debut in Daughter of the River. Since then, he has featured in blockbusters like; Nimbe, Gold Statue, Dark Closet, amongst others.

Born in Bauchi on January 27, 1976, Paul Sambo is an actor and filmmaker who has featured in Kannywood and Nollywood movies.

In 2012, he featured as Mr Brown in a romantic drama titled Mr. & Mrs where he starred alongside Joseph Benjamin, Paul Apel, Nse Ikpe-Etim, and veteran actress, Barbara Soki.

Also, in 2017, Paul Sambo took a lead role as Duke in the drama movie titled “The Patient”, co-directed by Angel Ogbue and Tola Taye Balogun.

In 2018, he featured in a lead role as Nurudeen Gobir in Kemi Adetiba’s epic crime drama titled “King of Boys”. The movie is one of the biggest casts of his career. He has also featured in projects like; Sons of The Caliphate, Life or Death, Lagos to Abuja Coach, amongst others.

Sani Mu’azu is a veteran of the Nigerian film industry with a career span of over two decades. Born on May 2, 1960, in Jos, the father of three attended the Nigerian Institute of Journalism in Lagos State after graduating from the University of Jos where he read Mass Communication.

The award-winning actor and filmmaker is one of the prominent faces in Kannywood. Sani Mu’azu has been in the Nigerian movie industry for about two decades. He produced a film in 2007 titled ‘Mountain Blues’, which won the Best Feature Film Award at the Abuja International Film Festival (AIFF) in 2019.

He is popular for his role as Inspector Shehu in the blockbuster, King Of Boys. He also featured in other award-winning films like; Lion Heart, Up North, MTV Shuga, etc.

Maryam Ado Mohammed is popularly known as Maryam Booth. Born on October 28, 1993, the delectable movie star is also a model. Maryam is one of few young and beautiful actresses from the North who is acting in both English and Hausa films. She is known for portraying different characters in movies. Maryam has worked with some Nollywood movie stars and her performance is superb.

She is famous for her role in The Milkmaid a film that was released in 2020, which was Nigeria’s representative for the best international feature category at the Academy Awards. For her role as “Zainab” in the film, she won the Africa Movie Academy Award for Best Actress in a Supporting Role.