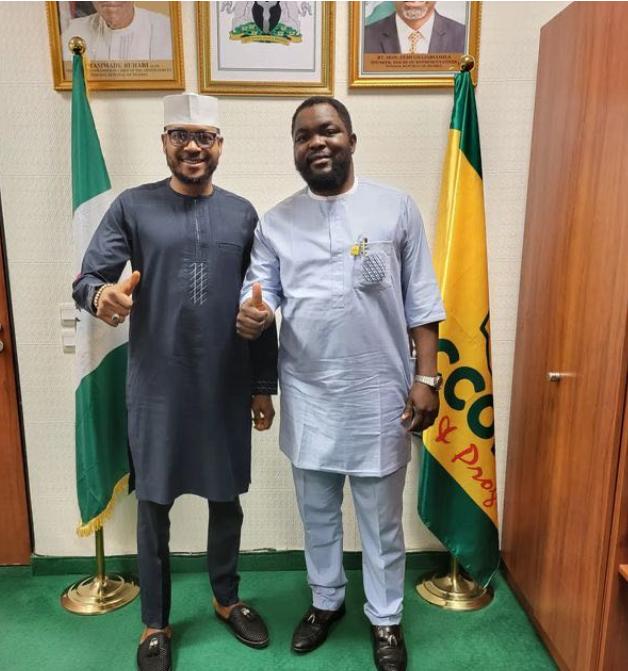 A noticeable frenetic buzz attended the visit of Accord presidential candidate, Professor Christopher Imumolen, to Chief Shina Abiola Peller in Abuja on Wednesday.

Professor Imumolen had stormed Chief Peller’s office as part of ongoing consultations with stakeholders on his presidential bid come 2023.

Peller is the chairman/CEO of Aquila Group of Companies, and also a member of the Federal House of Assembly under the flagship of the Accord Party.

Both men to rub minds and chart a course forward for the party’s ambition within the context of current realities in the political sphere.

The Iseyin-born member of the House of Representatives was later to give a hint of what transpired at the meeting in a post he splashed on his Instagram page.

“I had the honour to receive the presidential candidate of my party, Accord @drchrisimumolen in my office. We had a very elaborate and fruitful discussion bordering on how to correct the anomaly in our political system. We both admit that it is a challenging task, but achievable with the support of the masses,” he said.

The post, which has since generated over 2,000 likes, attracted different comments.