Tinubu: What happened at Chatham House was a charade – Dele Momodu 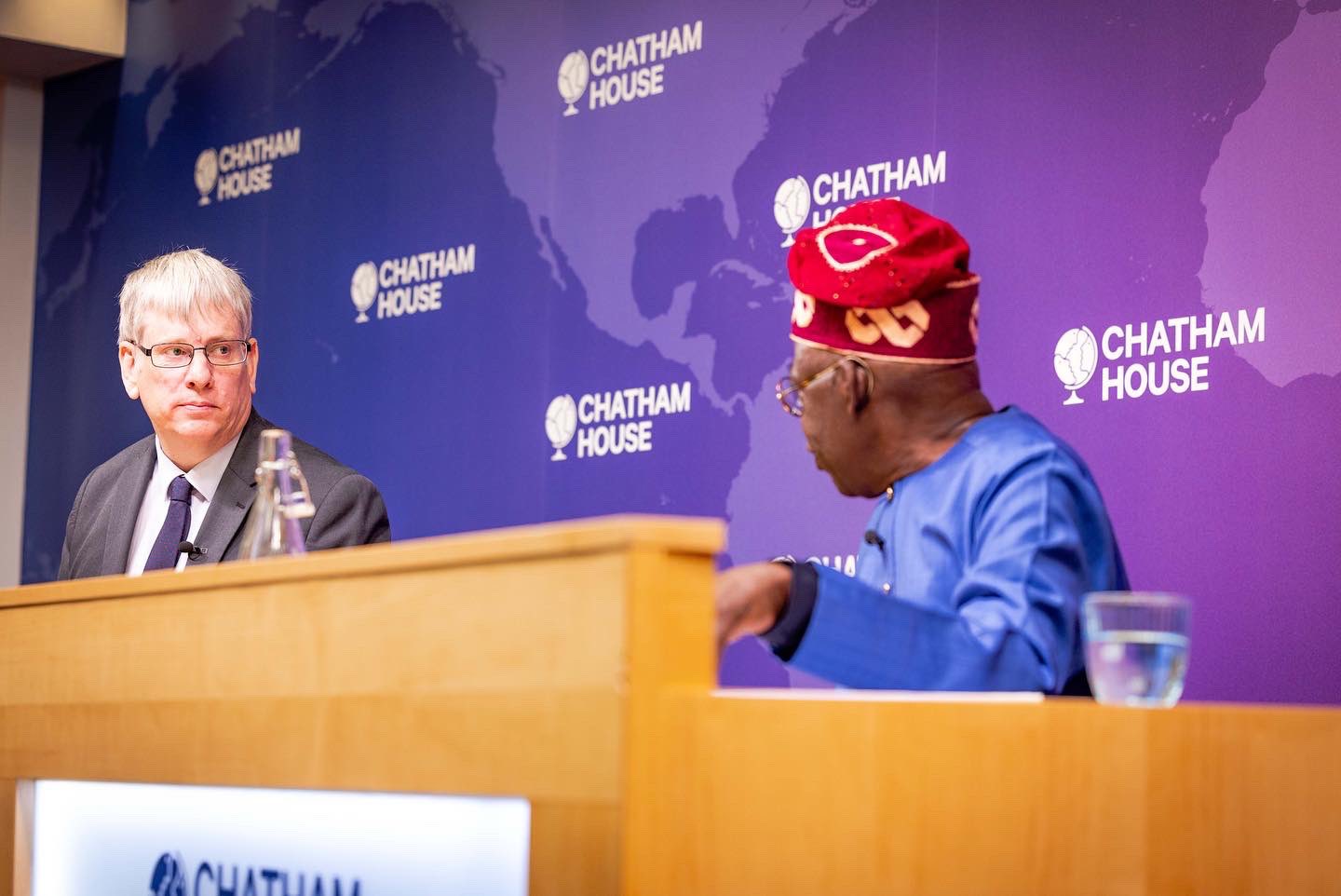 The Peoples Democratic Party (PDP) Presidential Campaign Council (PCC) has berated the candidate of the All Progressives Congress (APC) Bola Ahmed Tinubu over his outing at the Chatham House in the United Kingdom.

Dele Momodu, Director of Strategic Communication of the PDP Presidential Campaign, described the outing as “a complete charade and a theatre of the absurd.”

In a statement tagged “Weep not for Tinubu but for Nigeria”, Momodu declared that what happened at Chatham House in London was a complete charade, adding that “The Bola Tinubu handlers fumbled, and bungled it big time; they showcased him like a packaged invalid. It would have been better to present him as a brilliant politician and administrator who is capable of independent thoughts.”

The Atiku – Okowa Campaign noted that “No man is perfect. His (Tinubu’s) gaffes would have been more pardonable and acceptable, but what “we saw was a theatre of the absurd.”

“All those around Tinubu knew the bitter truth but chose to fool Nigerians. One of them was heard in a viral video telling Tinubu to dance to the popular song Buga by Kizz Daniel because “that’s what the youths want to see…” and lo and behold Tinubu instantly transfigured into an accomplished choreographer…”

Momodu further described as “very sad, and unfortunate, that whenever we think Nigeria can never sink deeper into the abyss, something occurs that jolts us out of such assumptions and complacency. ”

According to him, “I was with Muhammadu Buhari the day he visited Chatham House seven years ago. He was solid and charismatic. He needed no one to prompt him. He answered questions eloquently and intelligently to the best of his abilities. That’s what Tinubu was expected to accomplish yesterday. What he did instead was like inviting helpers to sit a JAMB exam.

“It is horrifying to watch some respected intellectuals like Nasir El-Rufai and Kayode Fayemi as they struggled to window dress Tinubu on a much hallowed global stage.”