About 1.8 million candidates seeking admission into higher institutions yesterday started writing the Unified Tertiary Matriculation Examination of the Joint Admission and Matriculation Board. The… 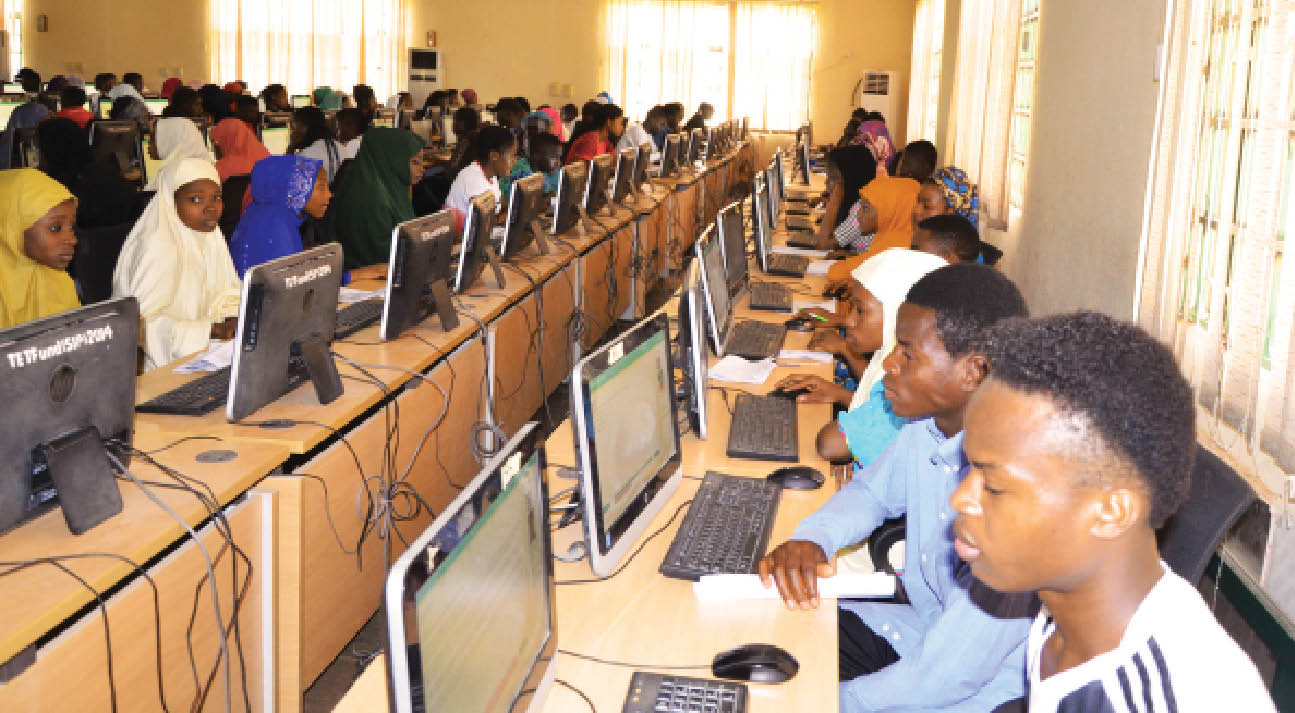 About 1.8 million candidates seeking admission into higher institutions yesterday started writing the Unified Tertiary Matriculation Examination of the Joint Admission and Matriculation Board.

The exams which took place in about 700 Computer Based Test (CBT) centres were expected to last for a week.

The UTME timetable was said to have clashed with that of the Senior School Certificate Examination and some candidates for both exams had to forgo the latter.

Our reporters who monitored the exercise on its first day said while there were few technical hitches in  some centres, it was smooth in most states.

At the JAMB Zonal Office, Abu King Shuluwa Road in Makurdi, hundreds of candidates divided into three batches wrote the exam using 120 computers just as it was done at Federal University of Agriculture (FUAM), CBT centre.

A candidate, Gabriel Iortyer, 15, who was part of the first batch of the exam, said there were no hitches, though he was writing his SSCE almost at the same period.

Another candidate, Lisa Ruth Dzugwen, 18, was not so lucky because she had to forfeit a subject in the ongoing SSCE in her secondary school to write the JAMB.

Favour Ogwuche, whose name was among the third batch for the exam at 1:30pm, said there were no challenges at all, except that the timing was not strictly followed as he stressed that they were delayed for an hour.

In Benin, Edo State, the examination kicked-off as scheduled in some centres while it started behind schedule in others.

At the DIICT Computer Training Centre, the exam was orderly.

A candidate, Igweri Favour Mariam,  who spoke to our reporter said the examination was peaceful but the malfunctioned computers  had to be fixed at beginning .

She said the examination was somehow complicated because some candidates were not familiar with computer applications.

An official of JAMB at the centre said the examination commenced without hitches.

At the Gateway Edutech and MultiConcept center, it was observed that the examination started two hours behind schedule due to technical faults.

One of the candidates, who gave his name as John said “We supposed to start by 7am but due to technical fault, we started at 10 am.”

At the JAMB CBT centre in Bwari, candidates wrote the exam without problems.

The power generator at the centre developed a fault in the morning, leading to the late commencement of the examination, and thereby altering the initial time arrangement.

A candidate, Joy Nanchu Nancwat, said the generator was later fixed and the examination went on smoothly apart from the delay.