When governors of northern states began to consider amnesty for bandits, it seemed like a noble programme to neutralize a threat that had destroyed too… 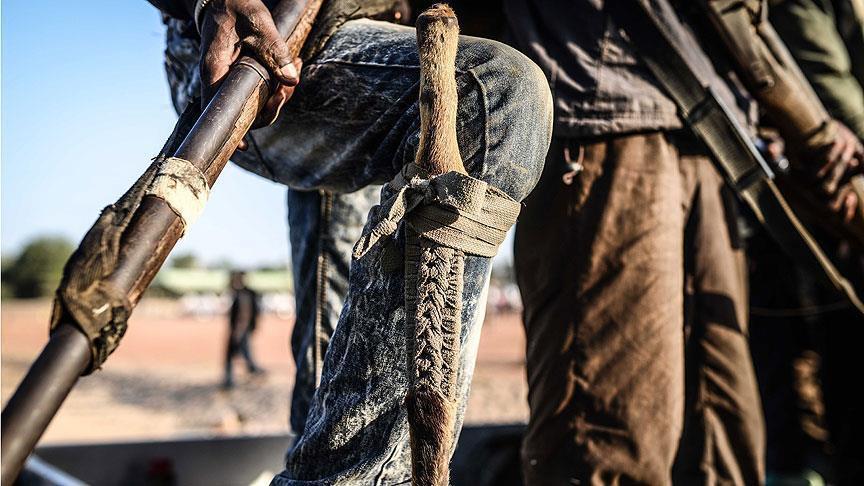 When governors of northern states began to consider amnesty for bandits, it seemed like a noble programme to neutralize a threat that had destroyed too many lives and livelihoods. Of course, this formula, once tested by the Umaru Yar’adua government to resolve militancy in the Niger-Delta region, never sat well with the public. It was chiefly the idea of the political class, and the implementation of this shadowy scheme has left the people even more confused.

At first, the negotiations to stabilize the North centred around cattle rustling, and before the politicians could praise their genius, the pampered bandits moved to “rustling” human beings. You can’t blame them. They saw through the naïveté and fear of those elected to terminate them and realised their disadvantage amidst Nigeria’s security compromise. It really doesn’t make sense that the political class are expecting a sustained victory in negotiating with those in the know of their weaknesses.

In the past few weeks, these politicians also gave the bandits more reason to stay in the business. Last Wednesday, addressing journalists after a meeting with the President in Abuja, Governor Bello Matawalle, made a case for the bandits. He said, “If you investigate what is happening, and what made them take the law into their hands, some of them, sometimes, were cheated by the so-called vigilante groups.” This public legitimization of bandits by an official elected to stop them is radicalizing, even if unintentional.

Governor Matawalle has been a leading frontman of the campaign to end banditry in the North, and his enthusiasm as a chief security officer with neither Police nor Army was impressive. In just a few weeks in power, he established ties with various syndicates operating in the region. When 340 schoolboys were kidnapped at a boarding school in Kankara, Katsina, he was quick to reach out to his Katsina state counterpart to intervene, but what was scarier was his claim that no ransom was paid to secure the release of the boys.

In a February 20 interview with Daily Trust, the mastermind of the Kankara mass kidnap, Auwal Daudawa, revealed why he took the boys: “I did that to demonstrate that I had the capacity to do it and I was not afraid of anybody other than Allah” This emphasis on their religiosity in the course of an unmistakably criminal life calls to mind the doctrine of the Boko Haram who must also find amusing Daudawa’s outburst that “We were also conscious of God despite all we were doing. It was even the fear of God that restrained us from doing other things.”

The confession of Daudawa, a product of Governor Matawalle’s amnesty programme, is a warning to reassess this process that has kept a few bandits smiling to the bank, and with bandits growing, in size, audacity and notoriety, across the country. A bandit who isn’t in the business for money is definitely not a bandit, that’s a terrorist—a dyed-in-the-wool terrorist. The government must take a step back to properly profile the cast of character they invite to dine with them.

The repeat of Kankara abduction in the relatively peaceful Niger state, at an all-boys science college in Kagara, appeared as a demonstration of the daringness that Daudawa spoke about. The mass abduction, of which release or rescue is still in progress, has exposed our collective vulnerabilities. It’s introduced Nigerians to the national security risk that is Niger state, which, by landmass, is the largest of all the states in the country and the FCT. The spillover of this terrorism to the state with the largest ungoverned areas in the country should alarm us.

One of the reasons Borno state has been hard to protect from the rampaging Boko Haram is its vast expanse of land, and Niger state is bigger. With a landmass more than that of the Republic of Ireland, two and a half times the size of the Southeast region, four times the size of Kano state and over twenty times that of Lagos state, any security compromise in Niger state would be a nightmare. So, we must begin to ask ourselves whether we are prepared for an intensified version of the Borno experience.

That Niger state, a fertile ground for criminal operations, hasn’t been overrun by terrorists, isn’t out of sheer luck. It’s the legacy of proactive governance, especially of the past government. Despite his many undoings, Governor Mu’azu Babangida Aliyu was spectacularly determined in preventing the Boko Haram from securing a base Niger state. His sensitivity to the activities of violent extremist and potentially extreme groups was a virtue even the harshest critics of his administration had to commend. His sacking of seclusive religious groups, which some considered a breach of freedom of worship, including the invidious Darul Islam, a religious group that inhabited an area around Mokwa, might be controversial, as the group was seen as “peaceful” – and so was the earlier Boko Haram – but there’s something condescendingly sinister about a group refusing to integrate with the society that fails to practise their ideals or sign up to their moral creeds.

But, as sad as it is, the Kagara kidnap is going to play to the advantage of the people of Niger State. The world is finally going to scrutinize and acknowledge the dysfunctions of that mostly misgoverned wasteland that seems like Nigeria’s abandoned project. The last time the state attracted such national attention was between 1998 and 1999, when one of its indigene, General Abdulsalami Abubakar, was leading Nigeria and also between 1985 and 1993, when we gave Nigeria a political dribbler—the polarizing General Ibrahim Badamasi Babangida.

The analyses of Niger’s socio-economic misfortunes can come later. Now, there are terrorists with RPG launchers in the country’s most ungoverned areas, and they also have our boys hostage. It’s also ironic that the Minister of Defence,  Bashir Magashi, asked people to “stand to fight” the very “bandits” bankrolled by the programmes of the same government through dubious amnesty, ransoms and failed negotiations. We are dealing with state-sponsored terrorism.