There is a heavy presence of security personnel at various polling units and flashpoints in Jos, the Plateau state capital, and environs as all are… 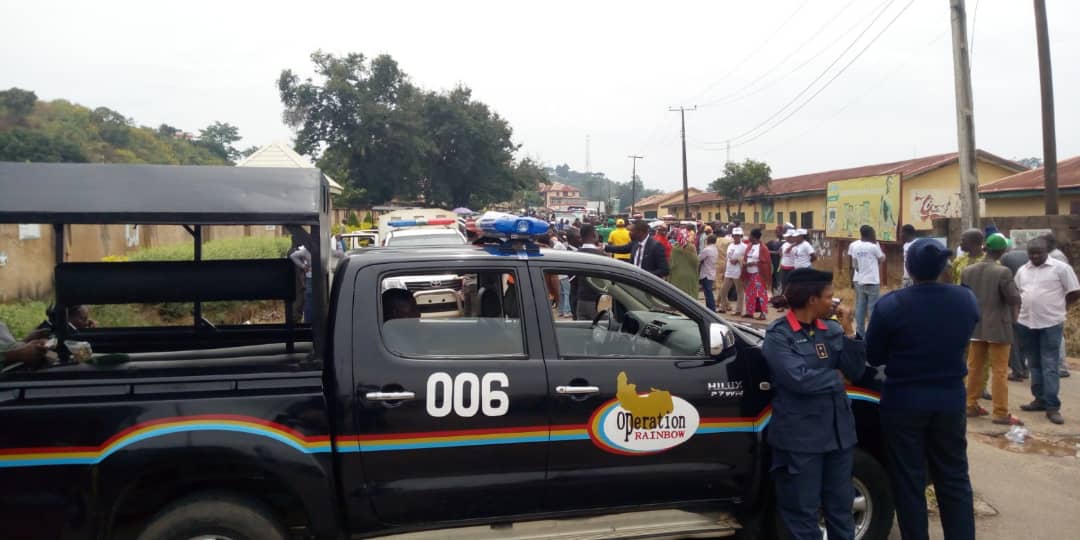 There is a heavy presence of security personnel at various polling units and flashpoints in Jos, the Plateau state capital, and environs as all are set for the conduct of elections across the 17 Local Government Areas on Saturday.

A correspondent of the News Agency of Nigeria (NAN), who visited some of the areas, reports that personnel of the military, Police, Nigeria Security and Civil Defence Corps (NSCDC) and other security agencies were stationed at the various polling units and voting points.

Some of the areas visited include Tudun Wada, Rayfield, Mai Adikwo, Abattoir, Goradong, Gura Topp, Rukuba Road, Agwan Rukuba, among others, all in Jos South and Jos North local government areas of the state.

ASP Ubah Ogaba, the Police Public Relations Officer (PPRO) in the state, told NAN that the deployment is aimed at ensuring a peaceful election.

“The presence of the security personnel at election points is not to intimidate or scare voters but to ensure that the process goes on peacefully and in an orderly manner.

“The massive deployment of Police personnel to all the polling units and other strategic areas is to provide tight security before, during and after the election,” he said.

He warned criminals who would want to foment trouble during the election to desist, as anyone found would be made to face the full wrath of the law.

“It has also come to our notice that certain individuals and groups have hatched plans to disrupt peace in the state especially during this period of election.

“The Command hereby warns these persons or groups to have a rethink and drop any such nefarious plans in their own interest and the interest of peace in the state.

“So, we call on political parties to caution their members and supporters against any act that will lead to the breach of law and order,” he advised.

On his part, DSC Chris Longbit, the Public Relations Officer (PRO) of Plateau Command of the NSCDC, called on the electorate to be civil during the polls.

He added that the command had also deployed its men to all parts of the state to avert a breakdown of law and order. (NAN)