Today, May 29, 2020 marks exactly five years since the Muhammadu Buhari Administration came to power in this country. It has been a very eventful… 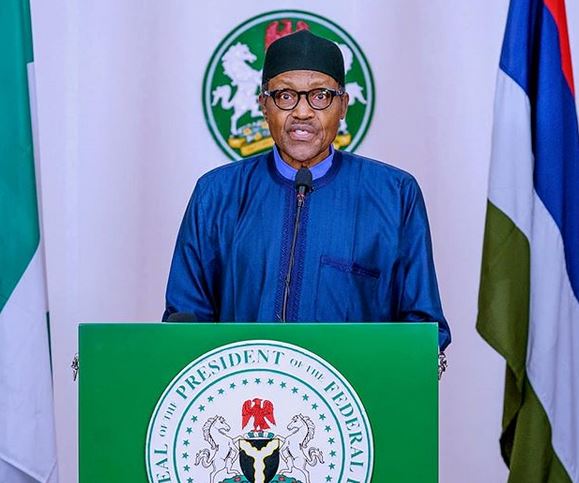 Today, May 29, 2020 marks exactly five years since the Muhammadu Buhari Administration came to power in this country.

It has been a very eventful five years.

As Daily Trust’s special reports covering various sectors of the socio-economy and polity published in the last three days showed, the Buhari Administration’s score card is a mixed bag.

It has been praised for its initiatives and achievements in some areas, but it has been criticized in many other areas for its handling of issues or even for lack of initiative.

Today marks five years of the Administration but it also marks exactly three years left in its life.

In his second and final four-year term in office when he is running for the history books, he has already spent one year.

The remaining three years are therefore make or mar.

They will determine whether the president and his administration have a pride of place when Nigeria’s history is recounted 100 years from now or if it goes down alongside the others as averagely or poorly performing.

We sympathise with President Buhari because he stands to lose a critical year due to no fault of his.

The COVID-19 pandemic has ravaged the economy of the world with massive lockdowns, including Nigeria’s.

It has led to a historic plummet in oil prices, the government’s top revenue and the nation’s top foreign exchange earner.

In the best case scenario, the terrible impact will be felt for the rest of this year and into early next year.

And then, of the remaining two and a half years available to the administration, at least one year will be consumed by pre-2023 political struggles to succeed it.

It is therefore clear that the Buhari Administration has very little time to write its name in gold into the history books.

The first urgent task is to adopt visionary measures that will reduce the impact of the COVID-19 crisis on Nigeria.

This can be done by consulting the right experts and the people with knowledge and exposure, of which Nigeria has many.

A world-wide crisis such as COVID-19 is another name for opportunity, and many countries are already striving to cash in on it.

Among other things, the Buhari administration should speed up its pace of work.

There is unnecessary delay in taking decisions and in making key appointments.

Too many agencies are stymied by lack of boards or permanent executive heads.

Beyond that, there is the need to have a clear, concise and visionary plan for the next three years, covering all the key areas.

Unless the President and his administration have such a concise plan, which he should check on a daily basis and tick off, it will face distraction from unfolding issues and find itself veering from one crisis to another.

One of the top items on the agenda should be the internal security situation.

Unless it solves or substantially ameliorates these, no socio-economic plan of any kind will make headway.

As the Emir of Katsina told the Minister of Agriculture early last year, his people did not want to see any agricultural plan because bandits prevent them from going to their farms.

Ending the Boko Haram war, which has ravaged the Northeast for a decade, is extremely crucial so that millions of IDPs can go back to their homes and pick up the pieces of their lives.

Although Buhari has created the North East Development Commission [NEDC], its work cannot make appreciable impact unless the insurgents are totally defeated.

Next are the other debilitating internal security problems such large scale kidnap for ransom, the banditry ravaging Katsina, Zamfara and other states, as well as the farmer-herder clashes that bedeviled many North Central states.

Nor were the South Western, South Eastern and Niger Delta states spared from widespread criminality.

A time may never come when there is no criminality in Nigeria, but the Buhari Administration must not hand over the current situation to its successor.

We have counselled President Buhari to make a list of issues, programs and projects that he intends to accomplish in his remaining three years in office.

These must include substantial progress in the power sector.

We must make quality investment in the health sector as a direct lesson learnt from the COVID-19 crisis and also to stem the embarrassing level of medical tourism abroad.

Completing or at least making substantial progress in the Mambilla hydropower, Ajaokuta, Second Niger Delta bridge at Onitsha, Lagos-Ibadan and Kaduna-Kaduna rail projects, decongesting Apapa, the East-West coastal road, Kano-Maiduguri express road and reviving or selling off the oil refineries should all be on that agenda.

Thoughtful programs in education, agriculture and industrial revival, including stemming smuggling and wasteful import of food and luxury goods should also be part of it.

Neither the Buhari Administration which has three years left nor its successors can solve all our problems but when the country’s history is written, the successes recorded by an administration during the time it has will determine how much glory it gets in the narration.

We wish the President well in this great task.