Three people have been reported dead, while 15 others were injured in an auto crash that occurred in Takai Local Government Area of Kano State.… 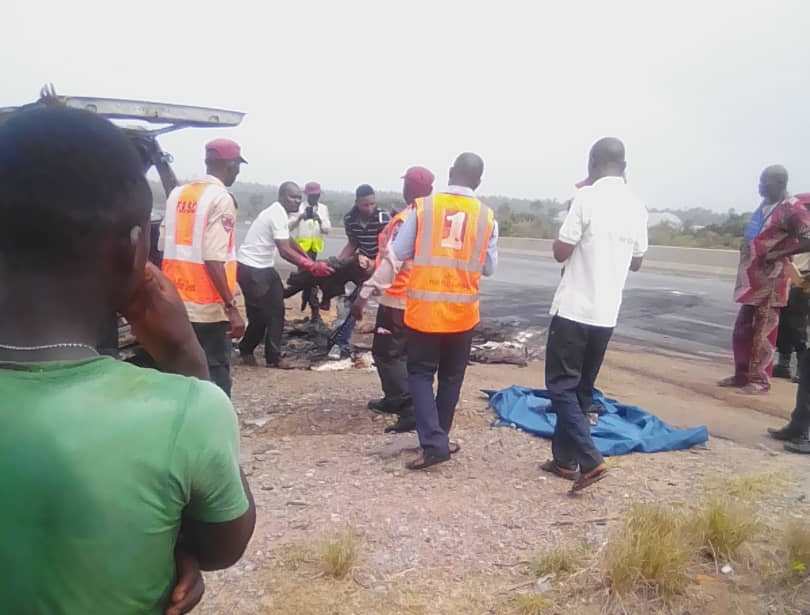 An accident scene along Lagos-Ibadan expressway.

Three people have been reported dead, while 15 others were injured in an auto crash that occurred in Takai Local Government Area of Kano State.

He said the accident involved a Toyota Hilux conveying three people from Jigawa State and a commercial hummer bus conveying 15 people from Kano.

According to him, immediately after the vehicles collided, the hummer bus was engulfed by fire and three people were rescued unconscious, while the remaining victims sustained injuries.

“On receiving the information, we quickly sent out our rescue team to the scene of the accident for rescue.

“Out of the 18 people involved, 15 people were rescued alive while three out of the passengers from the hummer bus were rescued unconscious. We immediately conveyed them to Takai General Hospital where doctors on duty confirmed the three unconscious, dead,” he said.

He urged motorists to drive with care to avoid road crashes.