Life is full of ups and downs. To have one door shut at one is one of those experiences that define the world as a… 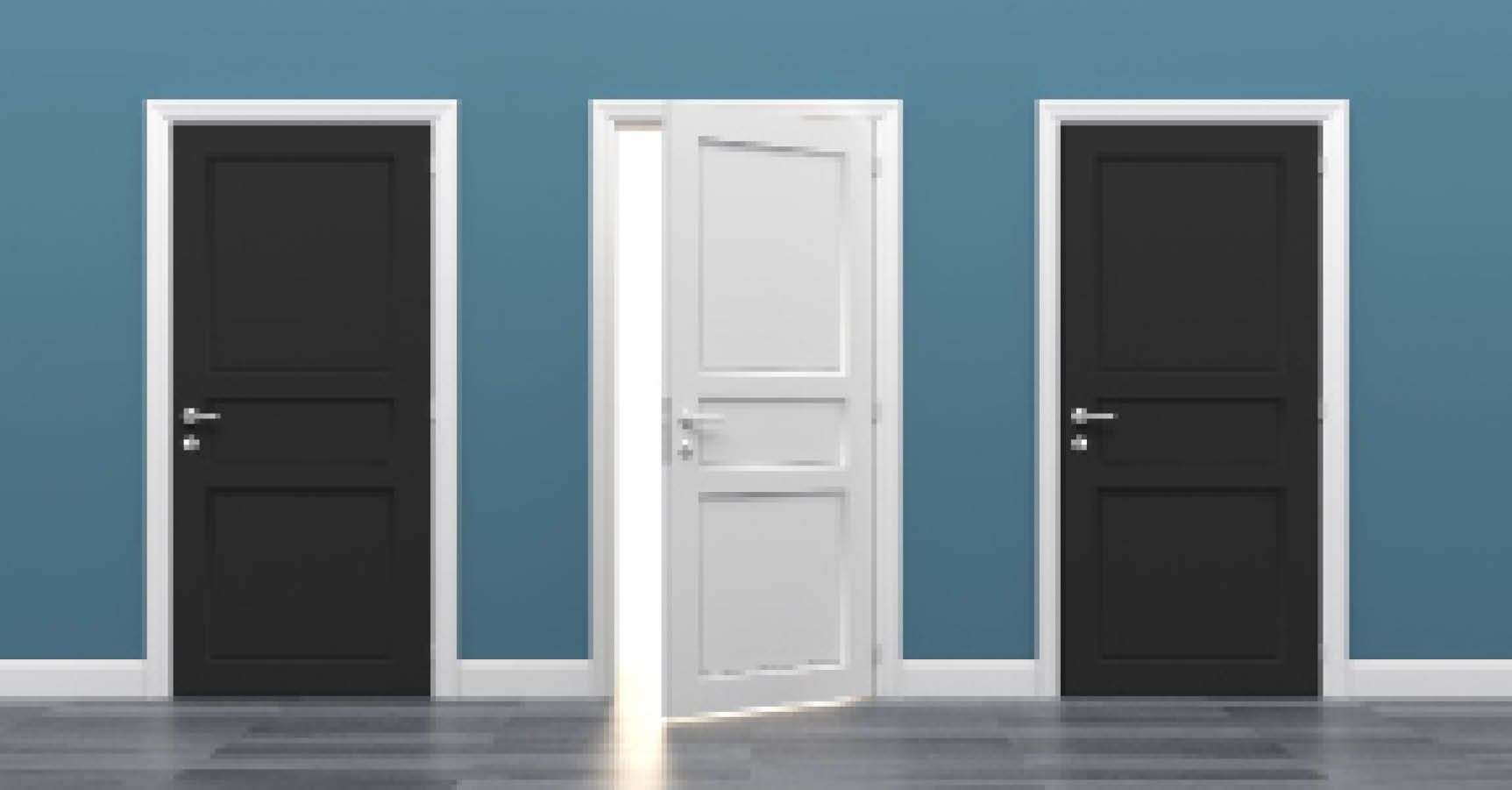 Life is full of ups and downs. To have one door shut at one is one of those experiences that define the world as a stage for trials. But why should anyone lose sleep when a door closes at him? We have not read in any revealed scripture that the closure of a door in one’s life shall mark the end of the world or his life. Allah states in Qur’an 29:2-3 “Do men think that they will be left alone on saying ‘We believe’ and that they will not be tested? We did test those before them and Allah will certainly know those who are true from those who are false”.

Yes, destiny could terminate a golden opportunity by closing its door. Yet, the closure of that door could, by Allah’s design, lead in to something better. Trials, though disliked by mankind, is a means to ascertaining how true we are in the faith we profess. Collapse of business, failure in exams, loss of jobs, divorce (revocable or irrevocable), defeat in an election or sports competition does not bring anyone’s life to an end. Failures or disappointments in life are supposed to inspire, not despair. Expectedly, trials function as catalysts for protecting and preserving believers’ faith in Allah’s omnipotence.

A believer who sincerely resort to prayers and a persevering patience would be shown the way to kick another door open whenever one closes. With prayers and patience, a believer shall have no reason to fear no matter how often a door or doors continue to slam at every turn. Allah (S’WT) states in Qur’an 65:2-3 “… And those who fear Allah, He (ever) prepares a way out. And He provides for him from (sources) he never could imagine; and if anyone puts his trust in Allah, sufficient is (Allah) for him …”.

To be able to  turn open the handle of the next door when one closes, we  must first create enough space for piety in our hearts, and thereafter, allow it to permeate our thoughts, words and deeds. There shall always be another door waiting to be opened when when one is shut at us provided we believe in destiny, good or bad. For the pious among us, Allah would always intervene in the most unexpected way and from the most unpredicted angle. That which make many people successful in life is not their talent but their conviction in Allah’s assertion in Qur’an 94:5-6 that “with every difficulty, there’s relief”. The sealing of a door should, therefore, be a source of inspiration that would bring out the best in us to kick open the next door, not a basis for surrendering to depression.

Only optimists defeat setbacks and moments of adversity with ease. Pessimism blocks our mind and brain from understanding and appreciating the opportunities which Allah has hidden behind the doors kept for us to turn open their handles. Anyone who gives up to pessimism may never push open another door each time one closes. A misfortune in life, no matter how catastrophic, should not blindfold us from looking in to the future with optimism. Some people keep looking at a closed for so long that they fail to see the one which is already half-opened. Don’t be a pessimist. Put your hope and trust in Allah, and next step you take shall kick open another door when one closes. There’s always a door left even when all doors seem to be closed. Get up and knock at it.

When a door closes, calm yourself down. Discuss with those you can confide in and seek Allah’s guidance in the entire matter. Read the holy Qur’an as many times as you can. You will soon and surely find solace in it. The Qur’an is a ready-made solution to all human problems. It’s a divine key that opens a new door or re-opens the door that may have slammed at your face. Besides, not every door that shuts down should be seen in the light of a bad luck. Allah answers our prayers in ways that often appear mysterious to us. Such could be a blessing in disguise. Let us console our minds when a door closes and accept the truth that fate has better plans for us.

One bad luck, if Allah wills, could launch you in to a new life of comfort and peace. A woman almost ran herself down into depression after losing her husband during the time of the Prophet (SAW). But the death of her husband, which slammed a door at her, yet opened a gate for her in place of the closed-door as the Prophet (SAW) married her. If today you lose a car to thieves or some mechanical misadventures, Allah (SWT) can tomorrow give you another that is higher in capacity and class than the one you lost. If your farm fails to yield fruits as much as you envisaged during a farming season, Allah has His own Godly ways of compensating you. Let us never allow ourselves to have any headache when a door we have been passing through shuts down at once. Failures and travails have always been characteristic of men of God. Allah tests only those He loves.

When you lose a child, Allah – the Most Bountiful – can give you twins in place of the only one He took away from you. Only Allah knows whether that child, if left to survive, could become a source of perpetual worry to you; or at worse, bring your life to an end? Allah alone knows best what is good for us. Let us accept the closure of a door at any point in life as a mark of divine recognition; with a conviction that Allah loves us. Whenever a door closes against us, we pray that Allah, the all-Knowing, would guide us to push open several doors of prosperity, amin.