The number of grains in a 100kg bag of millet is 11,979,868. A professor of Hausa Culture, Aliyu Bunza of the Usman Danfodio University, Sokoto… 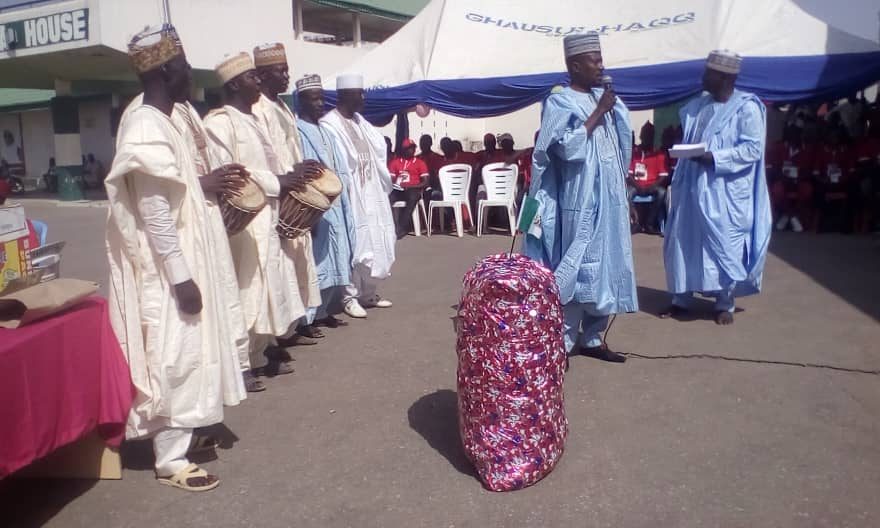 He said the exercise was an act of industriousness which could assist the nation to appreciate the essence of effective planning and doggedness in achieving a common cause.

He commended the youth over the exercise saying they embarked on the millet counting not because they were idle as many of them are educated and gainfully employed.

He explained that no Hausa recipe would be complete without a portion of millet.

It would be recalled that a group of youth in Yauri, about four months ago undertook to count the grains in a 100kg bag of millet.

Since the millet counting exercise started in the ancient town, people from different parts of the world have been waiting to hear the number of grains that make up a 100kg bag of millet.

While speaking during the announcement, the Commissioner for Information, Muhammed Gado Marafa said the state would offer N500,000 to purchase the bag of counted millet.

In his remark the Emir, Dr. Muhammad Zayyanu Abdullahi (CON) said he was particularly delighted and happy that the counting exercise by the youth has brought Kebbi and Yauri into the limelight as the world attention were focused on the town since the millet counting started.

The royal father enjoined youths in Kebbi and the nation at large to emulate the creativity of the counters.