The story of the apple (I)

Brethren, at a time when ideals and virtues appear to be in short supply, the following story from Arab-Islamic annals might provide some succour to… 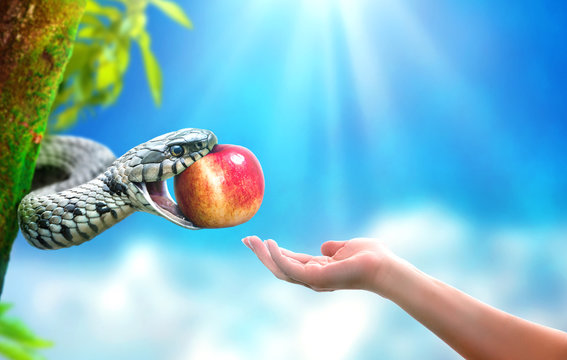 Brethren, at a time when ideals and virtues appear to be in short supply, the following story from Arab-Islamic annals might provide some succour to us all. It is said that there once lived a pious young man who tried to acquire knowledge. He dedicated all his time to this cause and ensured he excelled in his field. The story says that one day, he left his home due to extreme hunger. He eventually found a garden that was full of apple trees. One of the trees had a few of its branches hanging outside the fence on the roadside. The young man then stood and began to contemplate the fruits on the tree. He stood face to face with the object of his desire. He stood like we always do whenever we find ourselves in a space where we are alone with the forbidden under the watchful eyes of the Almighty!

Brethren, the young man whose story caught my attention today eventually, after much vacillation and contemplation plucked one apple from the tree and ate it. The human in him took hold of him; like Prophet Adam (a.s) in the garden of paradise, he ate the forbidden fruit and now stood face-to- face with the repercussions. The apple could then be seen as a metaphor for the forbidden and the unlawful – stealing, fornication, adultery and murder among others. Hardly would a sin be committed without the sinner ‘hearing’ those two voices- the first, that of the devil, goading him on to commit the infraction; the second that of the reprobative soul, seeking to rescue him from descent into the abyss of iniquity.

Thus, not long after the young man had eaten the apple, the reprobative soul, that entity in humans that lampoons us each time we descend below our destiny in the cosmos started to upbraid the young man for his conduct. He asked himself: “how could I have done what I just did? How could I have eaten that apple? How did I get the courage to take from someone else’s wealth and possession without his permission?

As soon as the day broke the following morning, he decided to seek the owner of the apples in order to seek his forgiveness for his infraction. When he eventually found the man, the young man narrated his story; the story of hunger and how he was driven by necessity to take one apple from the garden of the man. He concluded by saying: “I have come to ask for your forgiveness, for taking that apple from your garden”. But the owner of the garden decried the young man’s action. He said: “By His name! I will not forgive you. I will remain angry with you until the Day of Judgement, where I will complain to the Almighty about you.”

The owner replied, “My only condition is that you marry my daughter”. The young man was taken aback, totally shocked and bewildered. But the owner of the garden continued: “But son… you must know that my daughter is blind, deaf and unable to talk. She does not walk either. For a long time now, I have been searching for a husband for her; someone I can trust to take care of her and accept her as she is, with all the features I mentioned to you. I will forgive you, only if you accept to marry her”.