The roots of banditry: A Fulani perspective (I)

Over the past few years, a lot has been said and heard of how the Fulani are marauders, killer herdsmen and bandits. But, throughout this… 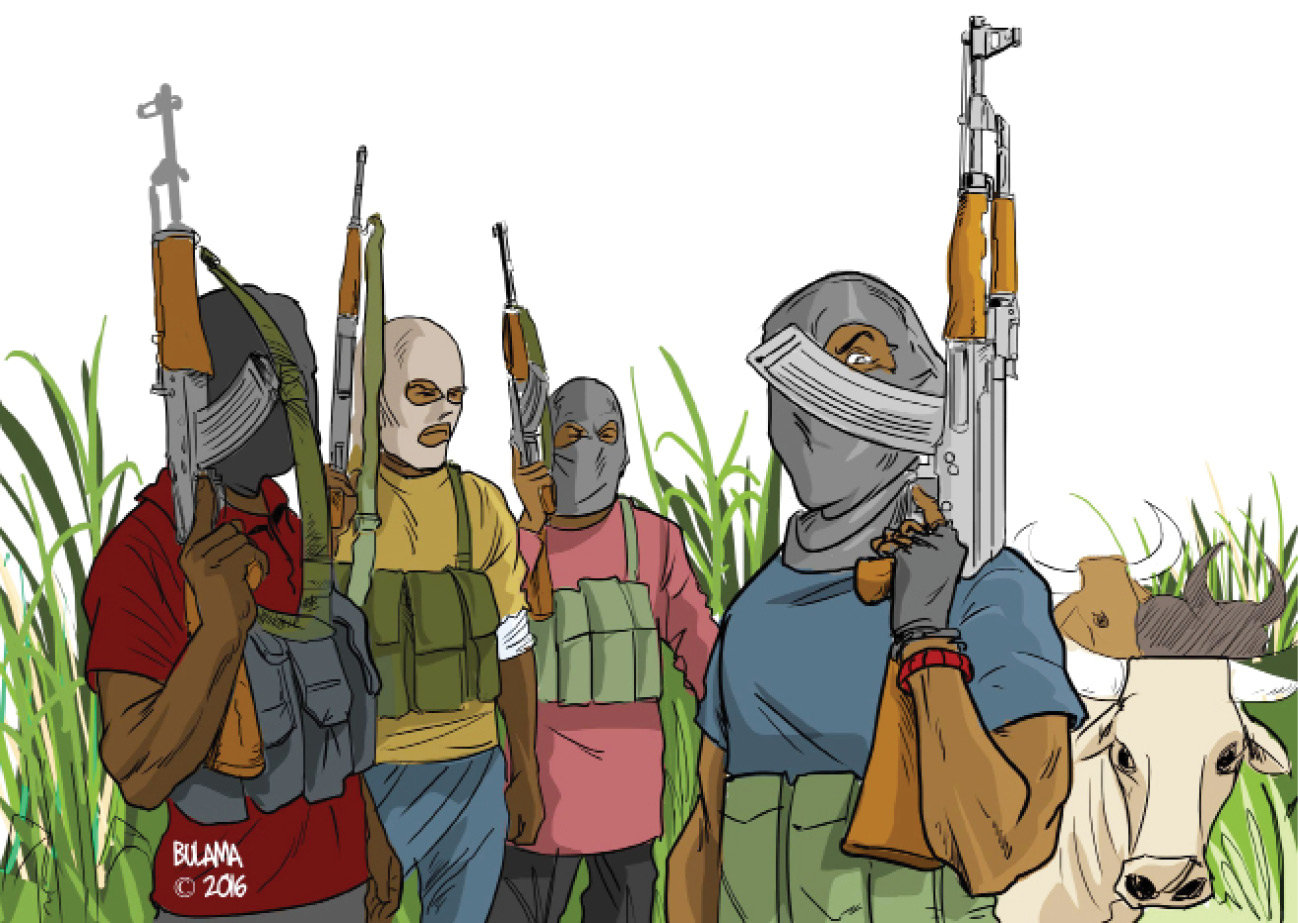 Over the past few years, a lot has been said and heard of how the Fulani are marauders, killer herdsmen and bandits. But, throughout this deliberate, stereotypical, malignant campaign of calumny against the Fulani – who by the way are also central to the good aspects of the Nigerian, nay African history – it has been the case of the hunter telling the story of the hunted (apologies to Prof. Chinua Achebe).

The information making the rounds in the media, social space and even the academic is largely skewed, biased and uninformed, especially from the Fulani side of the coin. I am not saying that there are no Fulani elite and social activists who could tell the Fulani story. But that is not being adequately told.

Since the historical and contemporary political, economic and educational glory of the Fulani is not in question, why do we still have to deal with the current situation across Africa? It is because the roots of these issues are so complex, deeply entrenched in the course of human and communal evolution beyond the superficial, shallow prisms in which they are viewed and understood by the majority of our leaders and indeed the larger society.

The culmination of this subconscious misunderstanding of the issues surrounding pastoralism and the deliberate politicisation of these issues have led to the stigmatisation and marginalisation of herders, just as it has polarised our discourses and threatened the corporate existence of our country. Therefore, before delving into the deep issues of banditry, I will try to defuse some basic misconceptions that are fundamental to the conversation.

A lot of people think that the herder/farmer crises and the resultant banditry bedevilling our country is a Nigerian problem. No, it is not. In fact, this is one of the oldest human crises in history, and a contemporary global problem other nations around the world are grappling with.

Countries with herding populations such as Kenya, Tanzania, Ethiopia, Sudan, Mali, Burkina Faso, Mongolia, Brazil, Argentina, etc. and even the so-called saner climes we love to admire such as the UK and US are still struggling to sustain and integrate herding communities albeit at varying degrees.

Majority of people tend to confuse herding with ethnic identity, and since most herders in Nigeria are ethnically Fulani, people tend to view it as a Fulani problem. Other “enlightened” commentators and analysts, on the other hand, think that this problem is purely economic – no more no less. Well, for us it is both.

On the one hand, it is our only means of livelihood – feeding, clothing, shelter, health, everything. To understand this, compare with your own occupation – military, civil service, business, etc. – how far you would go to advance, promote and protect your trade. A soldier could die, the police could sleep under the rain, a trader would endure the deserts and rivers, a fisherman could risk the sea and a civil servant could leave their dearest family to practice their trades. So do pastoralists for their livestock. That is the economic part of it.

Unlike acquired professions and trades, on the other hand, herding is our ancestral occupation. For instance, when someone loses money or anything of financial value, they have only lost some part of material wealth. All that is needed is to take other alternatives to regain or acquire even more wealth. The consequences end right there.

On the contrary, owning livestock for pastoralists is a necessary cultural tool and having or lacking livestock places an individual on certain social status. The wellbeing of the livestock entails personal joy which supersedes any other considerations. When pastoralists lose their herds they have not just lost some material wealth, but also their self-esteem, social status and a lot more of cultural values in the society.

Therefore, it won’t be a case of alternative wealth, because there are actually no alternative to one’s self. Livestock is not only an economic asset but also an ancestral, traditional and cultural heritage. Whatever that benefits or affects livestock affects the herder not just economically, but in all other aspects of life.

It should be clearly understood that the millennia-old sociocultural relationship between pastoralists and livestock means that any attempt to change this system is perceived as direct affront to the esteemed cultural values these communities stand for.

For instance, non-pastoralists wonder why anybody would prefer nomadism and pastoralism as a way of life. By this logic, people tend to believe that nomads should thank them for offering a sedentary life, which, in their view, is better and greater. This, however, is to a nomad, nothing short of imposing an undesirable, if not abominable world view on their sacred ancestral way of life.

Nomads and most pastoralists are not actually fascinated by the big houses, the electricity and the pipe-borne water. These might be beautiful things, but certainly not of significance to their values. For a culturally pastoralist, the NNPC or CBN towers are not close in value to a well-fed flock of cattle. Maitama and Asokoro are not as precious as a valley of sufficient fodder and water.

And this is not because we are not civilized, but because our civilization and what matters to our lives is significantly different from your own civilization. It is because the focus is not the amount of money, or the affluent life, but the cultural value of the assets and what they mean to the people. Thus, the idea that pastoralists could be abruptly packed in a space or can be forced to settle and embrace urban life is evidently uninformed.

The foregoing means, therefore, that although a large number of pastoralists are Fulani, that occupation is not peculiar to them or connected to their ethnicity, and that Nigeria is just one of the many countries facing the global challenge of resource control between herders and farmers who both rely on increasingly scarce land, water and other natural resources.

Dr. Ahmadu Shehu, a herdsman, can be reached via ahmadsheehu@gmail.com.