Women are becoming more independent and are building brands/names for themselves. However, how does one navigate such big dreams and still deal with the responsibilities… 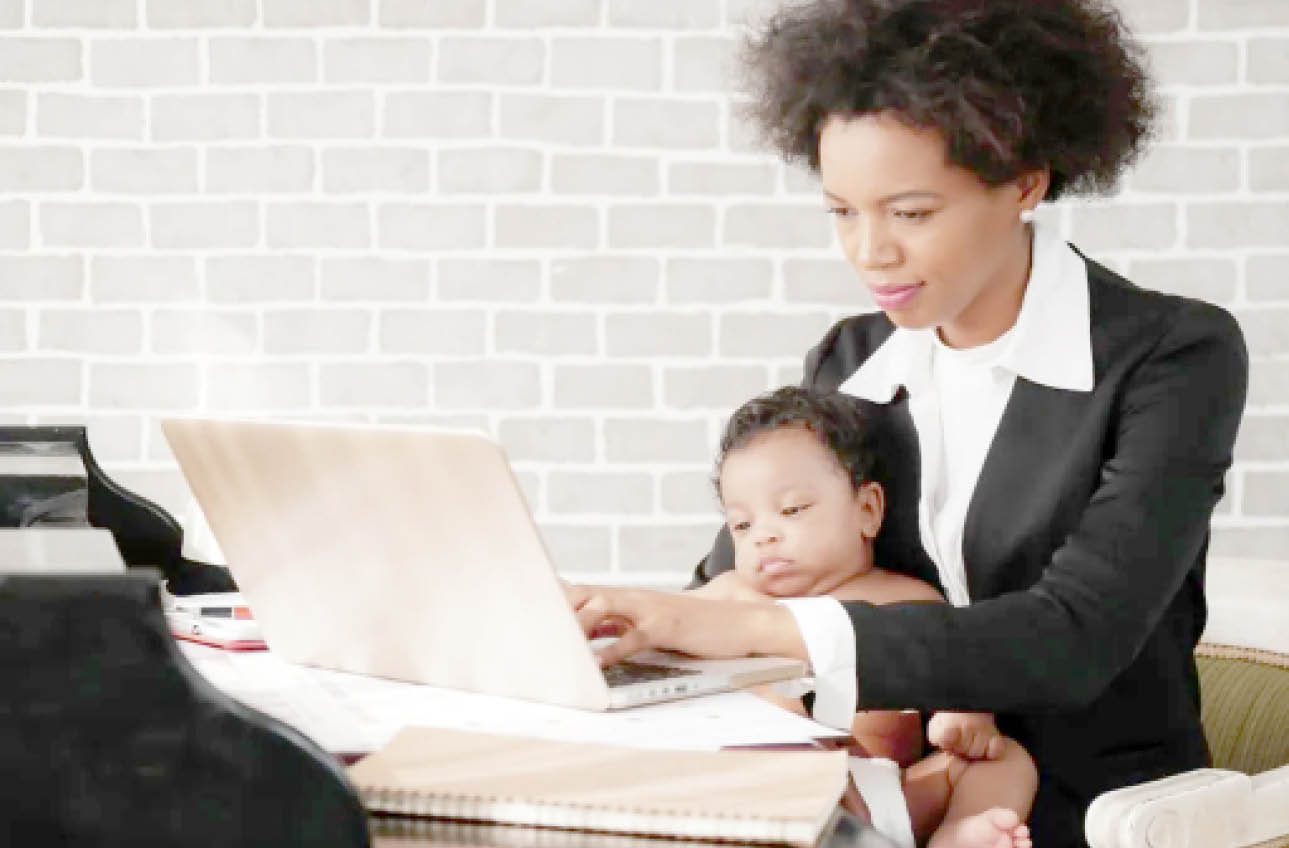 Women are becoming more independent and are building brands/names for themselves. However, how does one navigate such big dreams and still deal with the responsibilities of motherhood? Daily Trust on Sunday reports.

Being a career woman and a mother might be one of the hardest feats many women have to achieve. There is that constant pressure to make sure that whatever decisions you make leaves you standing as the best mother and best staff at work.

Times have changed from when women were relegated to house chores and taking care of the needs of their children. Women are now taking the steps to make sure that they can contribute financially to their families and economically to their communities at large.

However, motherhood comes with a lot of responsibility. A woman is typically responsible for the physical, emotional and mental needs of the children as well as making sure that the general household is well catered for.

Even with assistance, having to juggle motherhood responsibilities and that of a career is not easy.

Speaking to Daily Trust on Sunday, Chioma Ekezie said that when it comes to motherhood and career, one must be willing to sacrifice certain comforts in other to strike that balance.

She explained that; “In life, you lose some and you win some. There’re days I’ve had to sacrifice being the trophy mum just so I can meet up with deadlines. On some other days, nothing would make me happier than putting a smile on my child’s face.

According to Mrs Ekezie, no amount of assistance can replace the feeling of being there when your child needs you. She said that even with putting certain measures in place, how can one guarantee that their child is receiving the best?

“These days, there’s so much happening. Even with the nanny at home, my third sense will always make me wonder if my child is really safe with this person. What values or behaviour is my child learning from this person? Because of these thoughts, I’ve made it a habit to always have conversations with my daughter just to make sure that my absence is not causing any problems for her. Despite the fact that I love my career, I’ll have myself to blame if my child turns out in a manner I didn’t expect.”

Another mother, Stella Ani, mentioned that often times, at her place of work, she has been queried because of her absence. She said that because of lack of money to employ a help or driver, she has to cater to the school runs of her child.

She further explained that “Everyone at work knows me for bringing my child to work. I have to take him to school and pick him up myself because I have no one to do that for me. After school, he often comes to sit with me at work because he can’t stay home alone.

“When the stares and complains become too much at work, I pleaded with the parents of his friends to let him follow them home after school and after work, I’ll come by to pick him up.”

Mrs Ani explained that she had often thought of quitting her job and starting a business just so she’s able to cater to her child’s needs promptly and also have some spare time for herself.

“The truth is I take pride in being a good mother, I can quit my office job and settle for a business just so that my child can get the very best of my attention. But then again, we are being sustained by this job. Sometimes, I receive help from visiting family members but it still doesn’t lower the stress because I’m still thinking of how to give my best at work.”

An interesting fact is that although parenting is a two-way street, this pressure doesn’t necessarily seem to affect men as it does women.

In a conversation with a father, Mr Paul Edem, he explained to Daily Trust on Sunday that being able to provide for his child is perceived a bigger achievement compared with giving his child his undivided attention.

He said; “Growing up, we were made to understand as men that our duties are to provide for the family and that mindset stuck with me. My dad wasn’t so present in my life but he made sure that everything I needed was provided and that compensated for his absence.

Mr Paul explained that “In the African culture, a man who isn’t able to provide for his family is a bigger disgrace compared to a man who was absent from their child’s life. That is why women are chosen to watch over the children and home at large.”

Another father, Obinna Chukwuma, said he’d prefer to open a business for his wife rather than for her to be career driven. In his opinion, there can be no balance between the two.

He said; “We’re in an era where women want to build careers and there’s no harm in that. However, a woman’s core duty is to cater to the needs of her family. If a woman has a husband who is career driven and making sure she and the children are being taken care of, why strive for a career and not a business?

“You might be able to spare some time from your busy schedule for your kids and think that’s a balance but in reality, it’s not. Whoever spends more time with your child is who your child will pick up values and morals from and because of how busy you are, you won’t have time to notice these little changes in your child until they become full adults with their own established mindsets.”

A child counsellor, Mrs Pamela Ogwuche, told Daily Trust on Sunday that between motherhood and career, there can never be a balance as both duties come with their fair share of weight and will leave the woman paying attention to one more than the other.

She explained that “First of all, let’s understand that there is a difference between a woman who is working because she wants to contribute financially to her family and a woman who is career driven. A woman who’s just working to provide for her family will not hesitate to drop her office activities and attend to the needs of her child, but a career woman will often debate her choices because that career path is also like a child to her.

“Often times, when I’ve had to speak to a child’s parent over misconduct, they would call saying their schedules were too busy and would send in their nannies or assistants to stand in for them which I find to be very damming. How does your nanny or assistant take the issue of your child as seriously as you would?”

According to Mrs Ogwuche, any career woman who relinquishes her motherhood duties to others should be ready to accept who their child grows up into because they weren’t there to monitor their children’s development.

“More than half of a child’s pre-teen years are spent outside of the home because of school.  After school hours and weekends are when parents actually get to be with their children. As a career driven person, you’d look forward to the weekend as your resting time because of the workload from the week, you might want to go to the salon, market, cook for the house or even have an event to attend.

“When do you actually have the time to check up on your child. Even if you say you want to spare a day to be with your child, what’s the guarantee that you’d be able to pinpoint any wrong behaviours or instil any morals in them within that short period of time?

“Another thing I observed is that many career driven mothers tend to be stricter than others and that in its way instils discipline in their children and the parents are okay with that. However, once not under their parents, that discipline is forgotten.

“The truth is motherhood and career come with their own fair share of pressure and requires you give your best efforts. It means having to sacrifice one thing to get another. The fact that you’re able to juggle up all the activities at once doesn’t necessarily translate to balance.”