Thousands of children, through his education programmes, became educated and got the opportunity of competing with their peers who attended private schools. 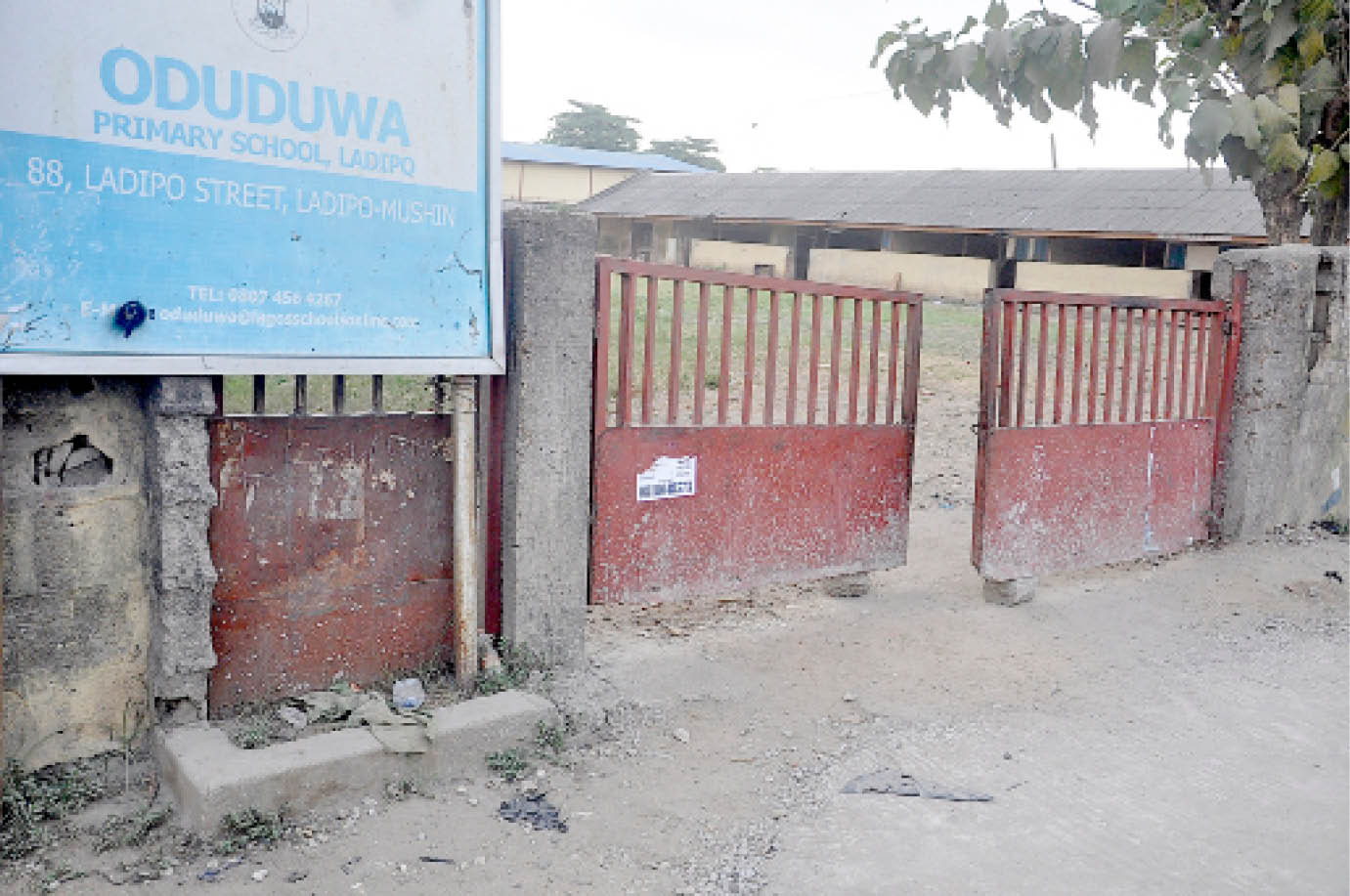 First civilian governor of Lagos State, Alhaji Lateef Kayode Jakande (LKJ) left behind fond memories of his tenure as a governor, with footprints in many aspects of human development. Daily Trust takes a look at Jakande’s strides in the area of education.

It is a consensus that Jakande’s four years as governor of Lagos State from 1979 to 1983 was characterised by selflessness, demonstrated via his people-oriented programmes, which provided homes and education for the downtrodden. From his numerous achievements, it was obvious that the motivation then was purely service to the people.

Baba Kekere, as he was fondly called during his lifetime, introduced educational programmes that led to building of neighbourhood primary and secondary schools and provided free education for all, thereby lifting the burden of paying school fees off the shoulders of parents who chose to send their wards to public schools at that time.

Thousands of children, through his education programmes, became educated and got the opportunity of competing with their peers who attended private schools.

His passion for education was quite exceptional. No wonder that he was described by many as one of the best public office holders in the political history of Nigeria and has remained a reference point based on how he transformed Lagos State and Nigeria during his tenure as governor of Lagos and later Minister of Works.

The population of Lagos was already growing at the time Jakande became governor, which overstretched the available infrastructure as public schools were congested and had to break into sessions, running morning, afternoon and, in some cases, evening sessions.

To proffer solutions to the population problem in the schools, Jakande built new schools and more classrooms to cater for the rising population. He then cancelled the two-session school system, allowing all students to attend school at the same time.

He also built over 11,000 classrooms between March and August 1980 and by 1983, he had built over 22,000 classrooms with 40 pupils per class. The then governor, in exhibiting his passion for education, established a Teacher Training College and a College of Education (COE).

In order to lead by example, it was gathered that the late Jakande withdrew his children from private schools and enrolled them in public schools, even though the then opposition condemned his educational programmes.

Mr. Matthew Adeyemi Akinrole, who was the headmaster of Local Authority (LA) Amukoko School in Apapa during the administration of Baba Jakande, narrated that schools before the coming of Baba Kekere were running shift system because of the large population and limited facility. “We ran three shifts that time, 8am-12noon for morning session, 12noon-3pm for afternoon session and 3noon-6pm for the evening session. Teaching was very difficult for teachers then until Jakande stepped in and performed a miracle,”

According to the octogenarian, the miracle Jakande performed was that he immediately started building schools, which helped him to stop the shift system. “Some fallow lands were turned to schools, in fact communities that did not cooperate with him by providing land regretted later because Jakande did not apply force but begged the people to give land so he could build for their children. Those who cooperated were rewarded as their wards were given priority in terms of admission.”

Narrating further, he made known that Jakande also provided free books for the children, so parents didn’t have to worry about school fees nor buying books. He also made provision for school furniture so as to ensure conducive teaching and learning. “Before Jakande became governor, you will see close to 90 pupils in a class that ordinarily should accommodate 40 to 45 pupils and then, there was no furniture; the students wrote on the floor.

“Jakande changed the narrative by raising structures to accommodate at least 45 pupils per class, ensuring that the classes allowed cross ventilation, though the opposition at that time called his schools ‘animal house’. He built blocks of classrooms on every available space, which gave many children the opportunity to go to school,”

An old student of Odo Abore Memorial School, Mushin, one of Jakande schools, Olatubosun Abdullazeez, who was in the school between 1982 and 1986 said the school was located close to his house at Iyala Street.

“We trekked to school because it was close to the house. We didn’t pay school fees and we were given free textbooks. In fact, then, an entire family could use a set of textbooks as the oldest passed to the young ones as they progressed from one class to the other unless what is obtainable now where only one person can use a set of textbooks because they are made to write inside.  At that time, food vendors in my school had time-table with variety of food including rice, beans, yam porridge, moi-moi and potato among others,”

“Though the school wasn’t as big as what we have now, the quality of education was great. Late Mr. Ogundipe who was my teacher in primary one was a father figure. I can never forget him. We saw our teachers then as parents and they treated us like their children. It was a lovely experience, as there was a high level of discipline,”

In 1982, Abdullazeez was chosen among pupils to welcome Governor Jakande who was on a school inspection tour. “I remember myself and others dressed in green checked shirts and knickers sewn with plain green material and white socks. The memory of this day is ever green in me because on that day, Governor Jakande gave me a hand shake, it was great,” he said.

Abdullazeez said the population of pupils rose when he got to primary five and so he and few others were transferred to Oduduwa primary school, Ladipo Street, Mushin, which was also not far from where he lived. There he wrote his first school leaving certificate examination.

He recalled that there were toilets, water, library and other facilities in the school. “I remember at Oduduwa primary school, the library was close to the office of the headmistress.

Another old student, Adekunle St. James, who also schooled in the 80’s told our reporter that the standard of education was very good then and that there was a high level of discipline. He however noted that the Jakande classrooms in most schools have been rebuilt by successive governments.

On how the sage achieved this feat, Mr. Bayo Osiyemi who was Baba Jakande’s Chief Press Secretary said his late boss was able to achieve a lot because he committed himself to the full implementation of the five cardinal programmess of the Unity Party of Nigeria (UPN) to the exclusion of any distraction.

According to Osiyemi, during his electioneering campaign, the late Jakande set up committees to look into how to achieve free education for all, build cheap houses for the people. “Because he had got the blueprint on how to implement these programmes, it was possible for him to declare free education on his first day in office being October 1, 1979.

“The military regime had before then recommended an increase in school fees from the following term in September. People wondered how Jakande was going to make it possible but he was able to mobilise funds from other areas of the economy to drive education. He convinced skeptics who doubted the viability of his programmes. Within one year, he eliminated the shift system as functional school structures were built to accommodate the large number of primary and secondary school students,” he explained.

Osiyemi noted that even though the schools were mocked and called poultry shades by the then opponents, they served their purposes by providing shade for the children to learn. “UNESCO at that time hailed the style of school building as ideal for third world countries.

“The significant thing was that the schools provided shade from rain, sun, and harmattan as well as enabled the children to learn conveniently. Also, the spaces acquired by the then government for schools became readily available for the upgrade we have today,” he added.

In addition to the establishment of primary and secondary schools, The Lagos State University (LASU), Ojo, was established by the administration of Alhaji Jakande. The university, which has today become the pride of the state, emerged, last year, as the second highest of the six Nigerian universities ranked in the Times Higher Education (THE) World University Ranking for 2021.

LASU was again ranked second best university in Nigeria on the 2021 Emerging Economies University Rankings released by the Times Higher Education (THE) on Tuesday.

Jakande died in Lagos on the 11 of February, 2021, at the age of 91. During his 75th birthday celebration, the former governor of Lagos State, Asiwaju Bola Ahmed Tinubu, said Jakande was worth celebrating for his life of consistent commitment to public service. Also, the former Imo State Governor, Achike Udenwa, said Jakande’s life and times epitomised “resilience, positive audacity, bravery and bravado, and a knack for excellence.”