The many family dungeons around us

Just when we were getting over the shock that a father could chain his own son, for two years, among goats and treat him like… 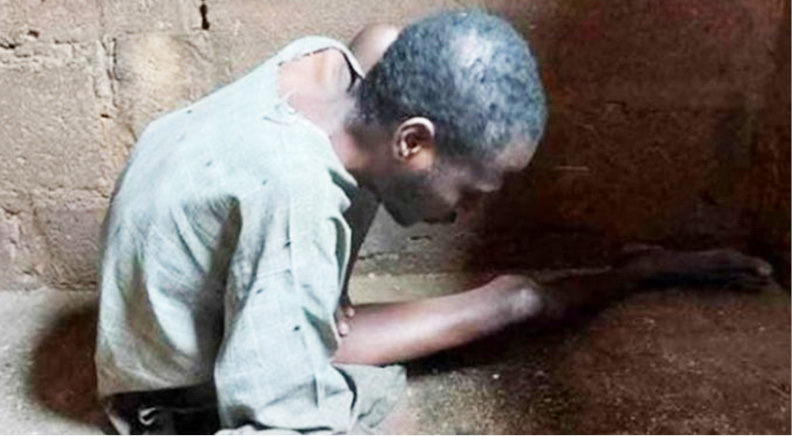 Just when we were getting over the shock that a father could chain his own son, for two years, among goats and treat him like one of them, we were faced with even more shocking instances of filial inhumanity, with even longer durations.

When it first came to light, early last week, we thought the story of 10-year-old Jamilu Aliyu of Kebbi State, whose father and stepmothers chained in a stall of goats, was the very worst case of family crime there could be.

My son is mentally unstable — father of boy chained with animals

But we soon heard of 32-year-old Ahmad Aliyu of Farawa Kano, who was also locked up in a cage by his father and stepmother for seven years.

And before we could digest that properly, the story of 40 year old Ibrahim Lawan of Sheka quarters also in Kano, whose father and stepmother locked up in a room for 15 years also broke.

Following closely was the case of a 55-year old man, from Rogo town in Kano State, who was incarcerated for 30 years by his relatives.

He was found tied to a wooden plank in a room with no window.

In all these cases it was the police who went to the rescue of these poor victims, who were imprisoned by their own flesh and blood, in what could rightly be called family dungeons.

What all these victims have in common is that they are mentally-challenged, some as a result of drug addiction, others due to natural causes.

But does that make them any less human?

Why would anyone lock up a fellow human in rooms with no proper care, no adequate feeding and no concern at all for their physical hygiene, just because they are not in full control of their mental faculties?

All of these people were found in horrible sanitary situations because of the neglect they were suffering in the hands of their own blood relations.

But with care and patience mentally deranged people can actually be trained to take care of their personal hygiene.

The fact that parents and other relatives chose to lock them up without any love and attention shows how much they wish them dead.

Yes, the whole idea of making them suffer is so that they’ll die of hunger or disease and no longer be a source of concern for their selfish relatives.

It’s a good thing that the police have waded into the matter and are making the necessary investigations, all the people involved in these four cases above should be tried and sentenced to suitable prison terms, for their inhuman treatment of fellow humans.

This will hopefully deter others who see their handicapped relatives as nothing but a burden that should be mistreated to death.

Cases like this also need the intervention of our ulama, Islamic scholars, who must try to educate our people that deranged relatives are also a trust to us from Almighty God and we must treat them as such.

The ulama must remind parents and relatives that the first step is to seek treatment for such people, when that fails one must live with them and give them all necessary care and attention, as well as accept the situation as a test from Almighty Allah for which there is no cure but patience.

Those who fear stigma because of mentally ill relatives and therefore choose to hide them, must be reminded that such people are not in a situation of their own making.

Except for some drug addicts, most mental cases had no hand in their fate.

Therefore taking care of them humanely and praying for them is the way to go, which might even lead them to a cure, while isolating them and treating them like animals can only make their situation worse.

The ulama must enlighten our people that if we are in a religion that preaches kindness to animals, how can we even contemplate being so unkind to fellow human beings?

Then perpetrators must be reminded that though their victims are not in a position to help themselves, they will be punished for every type of maltreatment they subjected them to, because they are also creatures of

The Almighty who deserve relevant love and care.

As for our political authorities, effort must be made to establish mental health facilities where parents can take their children or wards and have them treated or kept in-house.

All societies, the world over have members who are deficient in mental health, but the kind of care and attention given to such individuals is what makes it seem like they don’t even exist in some places.

Our authorities must rise up to the challenge of providing the right mental health facilities we need.

Unless this is done, we have not heard the last about family dungeons, where relatives are kept and maltreated in order to hasten their departure to the great beyond.