In his bestselling book, Paul Tough cited one of the most exciting conclusions of researchers on education: the solution to extreme poverty is in the… 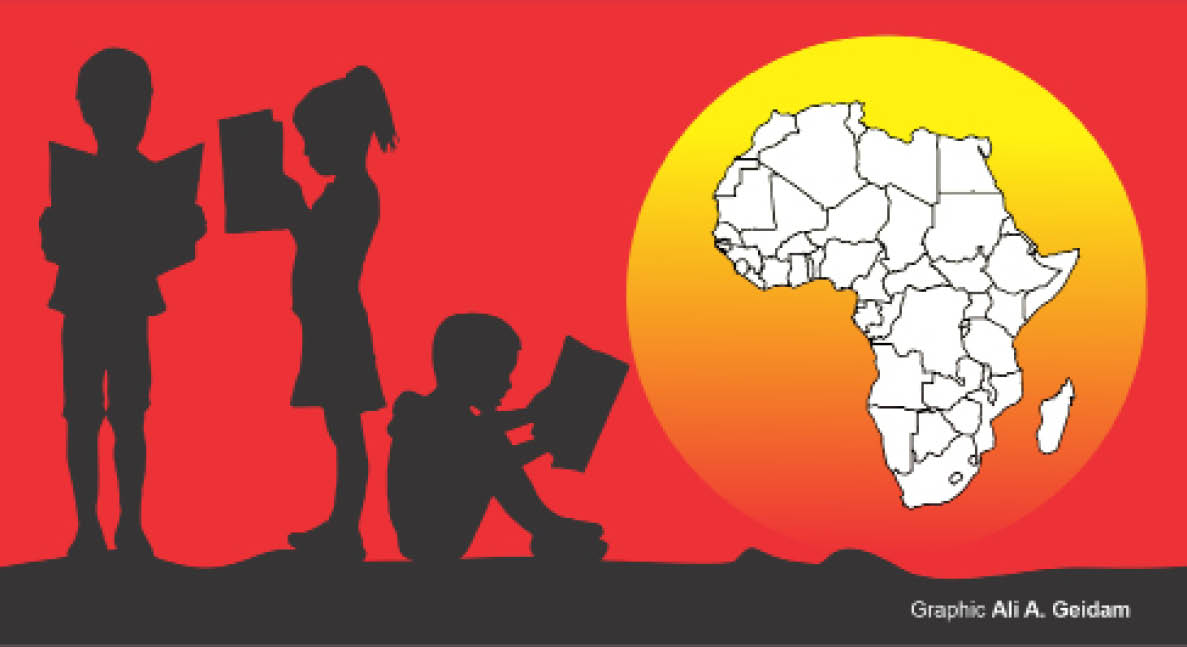 In his bestselling book, Paul Tough cited one of the most exciting conclusions of researchers on education: the solution to extreme poverty is in the school.

And it doesn’t lie in the building or the curriculum but in a person: the teacher.

Yet it is not all kinds of teachers, but a very good teacher. Accordingly, attention of policy makers has turned to how to multiply such teachers.

In Africa too, we need millions of good teachers. However, to produce them is extremely expensive and would take a long time. We especially in Nigeria simply do not have that time or the resources required.

To boot, there’s no way to guarantee whatever time or money invested will yield the desired teachers.

Isn’t there a cheaper, better and faster way?

I think there is. Let us leapfrog!

What does this mean?

I know our children need textbooks but don’t have them. Why can’t we give them something better that will make textbooks unnecessary?

I also know our schools need good teachers but since they are so expensive to mint, why can’t we give them something that will make us jump that step, so that our teachers don’t need to teach but facilitate?

Most importantly, can Africa leapfrog in education?

To answer that question, let’s first look at one area where Africans were able to do just that.

We have done it before in the telecom sector. Access to telephones was difficult because the presence of landlines was scant.  But instead of waiting for every African to get access to a landline, we jumped that step and got ourselves mobile phones.

Now it is said that Africans have more access to phones than toilets, piped water and electricity. There are more mobile phones in Africa than in Europe and the United States.

“In Africa, less than one in three people have a proper drainage system,” CNN reported in 2016, “half of the population live in areas without paved roads, and only 63% have access to piped water. Yet, 93% of Africans have cell phone service.”

Therefore, “devices have helped poor countries leapfrog much more than landline telephony,” the Economist reported in 2017.

And because of mobile phones, we were able to skip a step in another sector: banking. Some of our people never had access to a regular bank account. But now, especially in Kenya, and to some extent Nigeria, they can do banking with their phones – moving from zero accounts to mobile banking.

“Mobile-money services,” the Economist wrote, “which enable people to send cash straight from their phones, have in effect created personal bank accounts that people can carry in their pockets. By one estimate, the M-Pesa [Kenya] mobile-money system alone lifted about 2% of Kenyan households out of poverty between 2008 and 2014.”

Even the Silicon Valley in the United States is learning this from Africa.

“In a region where the population remains largely unbanked,” IT World Africa wrote last year, “but whose growth in terms of access to smartphones is the fastest in the world (+ 350% increase between 2007 and 2016), digital banking is the solution to the shortcomings in traditional banking infrastructure.”

Co-founders of TagPay, Yves Eonnet and Hervé Manceron, in their book titled “Fintech: The Banks Counter-attack”   presented at a press conference in Paris last year, said  “Africa is the Silicon Valley of banking.”

We can achieve the same feat in education using one tool: the tablet.

Tablets are the magic slates we need to jumpstart our education.

So let us replace text books with them. This move is already being implemented in many countries – in both developing and developed ones – with considerable success.

The benefits of a tablet are easy to see. First, it is responsive in such a way that textbooks can never be. It can easily monitor a student’s progress and give immediate feedback. It also never gets tired of repetition.

Therefore, I agree with Bill Gates who said that traditional textbooks are “a pretty limited way to learn something. Even the best text can’t figure out which concepts you understand and which ones you need more help with. It certainly can’t tell your teacher how well you grasped last night’s assigned reading.”

“Suppose you’re taking high school algebra,” Gates continued, “instead of just reading a chapter on solving equations, you can look at the text online, watch a super-engaging video that shows you how it’s done, and play a game that reinforces the concepts. Then you solve a few problems online, and the software creates new quiz questions to zero in on the ideas you’re not quite getting.”

Accordingly, the  role of teachers is being gradually modified from that of teaching to that of facilitating.

Even in Nigeria, Osun state once implemented an ambitious project where it put all the required textbooks on school tablets. But the world has moved to the next level where digital text books are replaced with rich media and games.

The next question is how affordable are these tablets? We have two options. One is to buy a branded tablet such as iPad, Samsung, etc. and install the required content. Another is customized according to your needs. For example, BrainFriend is a Nigerian company with such a customized tablet that it sells to Nigerian schools installed with videos relevant to the Nigerian curriculum.

Most of the payment that state governments waste on paying for WAEC, which in some states less than 10% of students pass, can be redirected to tablets which is a better investment and can eliminate mass failure in exit examinations.

There was a year where my state, Niger, paid over 600 million naira on such examinations and only few students passed. If that money was instead spent on tablets, that would have moved our education to the next level.

But the tablets should be introduced in such a large scale that their sheer number should itself be a security – that is, stealing the tablet will be of no value because everyone has it. Anywhere you turn in Nigeria, there should be such a tablet – even in the remotest areas. The contents should also be familiar – the way European football gate-crashed into our popular culture.

And because of the economy of scale and improvements in technology, the prices will be very cheap. It only takes a government (federal or state) to negotiate with the big brands such as Samsung or Tecno to make it happen. Universal Basic Education Board (UBEB) can dedicate only a small percentage of its budget to this.

Remember we are already in a decade where a certain computer (Raspberry Pi) sells for $5.