The home, the problem (II) 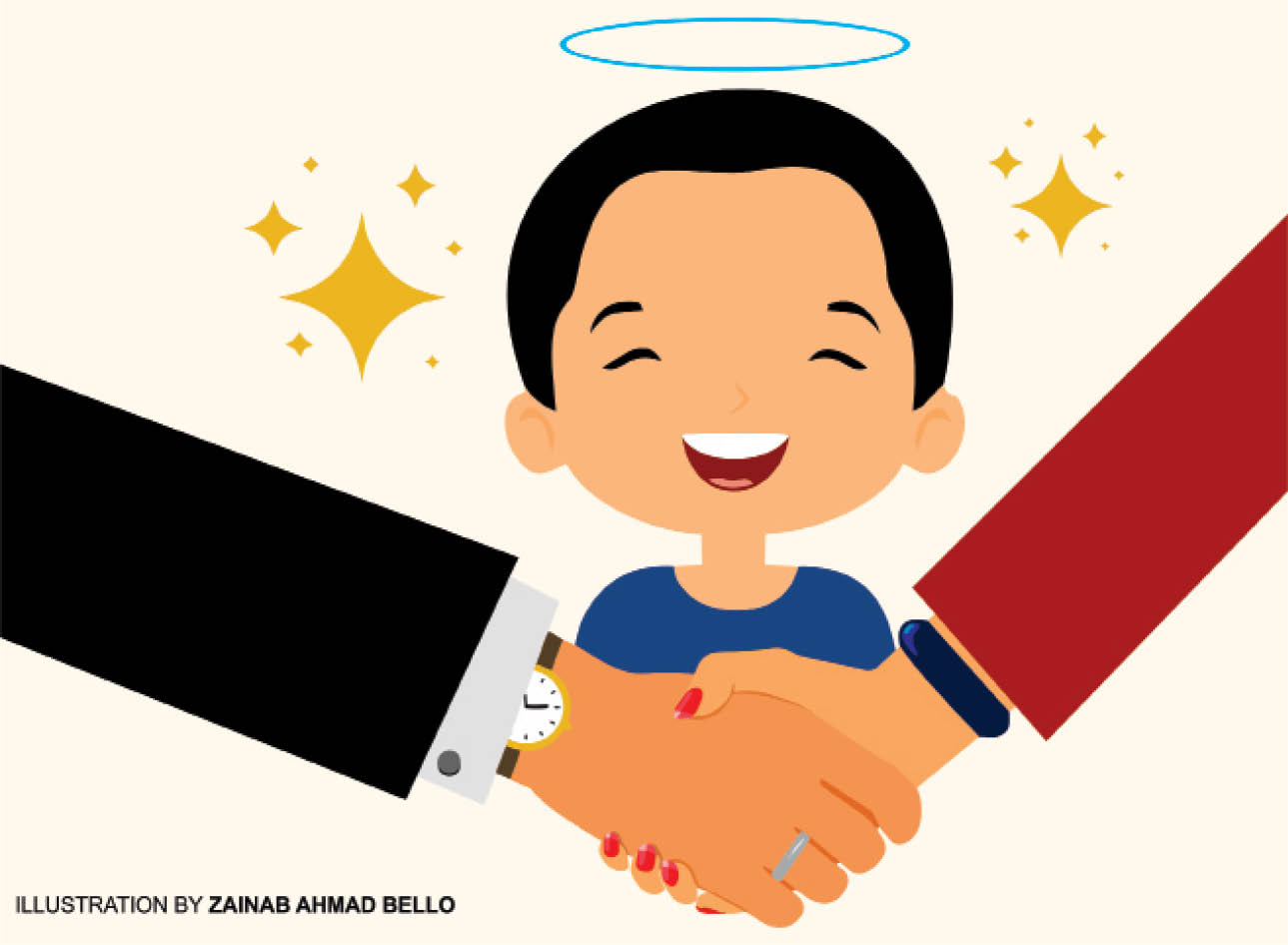 Although some people believe that the life lived by working-class parents who go to work early in the morning and return late when children would have gone to bed accounts for the general laxity among children, such could be a factor but not absolutely. Parents who care so much about child training still find ways to monitor children’s activities even when they are not at home. They insist on the right thing being done at the right time for the right reasons. Yet, this should be done with a sense of modesty such that the home environment does not become a ‘prison’ to the child. Overdose of stringency can affect a child negatively.

When parents care less about what children do when they are not at home, the latter takes advantage to do “whatever they like, with whatever they like and however they like”. A situation where the house-help was instructed by madam or Oga himself (such as the one referred to in Hausa as ‘Mijin-Hajiya’) to treat children with kid gloves even when they deserve to be scorned makes them grow without discipline. The situation is worsened where the house-help, too, had no proper upbringing. One cannot give what he does not have.

Over-indulging children makes them inflexible to unpredicted situations. Giving children the impression that they can do anything they choose sometimes turn them into a nuisance and liability for the larger society. Depriving children of basic home training only seeks to jeopardize their future life. It’s irresponsible of any parent to allow his children grow up without decent eating or sleeping habits; without basic personal hygiene; and not knowing how to wash clothes or cook food (in the case of female children).

Children should be made to respect the authority of extended family members in the home. The decision by some parents to deliberately alienate children from their relations is a big mistake. This compounds the larger society’s problem of dealing with deviant behaviours among children. When children are not used to being corrected by parents and older persons in the home for misconducts, they become apprehensive when others attempt to correct or counsel them because the home failed to lay the background for exercising this function.

Parents must insist with children (no matter the quality of latter’s reaction) to do what is right especially when they are still growing up. You can only bend a fish when it’s fresh. It would be more difficult to make children abandon bad habits when they have come of age because bad habits die hard. The first victims of ill-trained children are usually their own parents. This is the more reason why parents must not derelict their God-assigned duty of being character builders.

The home suffers the worst challenge when either of a couple refuses to be on the same page with the partner that cares for the character-training and future of their kids. In many instances, women being naturally tender-hearted, are often the most accused in this regard. The issuance of counter instructions by a father or mother only helps to breed under-develop children in character and skills. It would be counter-productive for a wife to, for example, directs otherwise after her husband had asked children to switch off the television set and go to bed. It’s the same consequence when the wife insists for children to be with phone when they should not; or prevent the children from participating in simple house work.

Counter-directives from either of a couple seeks to undermine the worth and authority of the father or mother. This is no less setting children up against their own father or mother, which prospectively has devastating consequences. When children get audacious to disobey their father or mother, it becomes a shared problem for the society because such kids would have no respect for others including those old enough to be their parents or grandparents.

The African (as well as Nigerian) spirit of younger persons helping to carry the loads of older persons, or of being one’s brother’s keeper, or sharing in the joy and grief of relations, or doing that which is right without necessarily being reminded all now seem to be part of the lost glories of our home-grown traditions. Since aspects of values also derive from indigenous culture, morality should, therefore, not be seen to be exclusive to religion.

The modern idea of taking parents in their old-age to old peoples’ home is the worst way of paying them back for the sacrifices they suffered to care for and train their children. About a decade or so ago, A father in Zamfara state sued his son for refusing to provide for his feeding. In a hadith related by Imam Ahmad, the Prophet (SAW) said, “A man’s son is (part of) his earnings; therefore, take delight to feed from their wealth”. Five out of the six authentic compilers of hadith also report on the authority of Aisha (RA) who said the Prophet (SAW) said, “The most decent of what you consume (is what) comes from your earnings; and your children are part of your earnings”.

No matter an individual’s age, he remains a child to his living parents notwithstanding himself being a father or mother. We encourage children to care for their parents as sanctioned by Allah because no material gain (wealth, authority, position, status, or retinue of aids) is worth parental blessings. Deficit of blessings from one’s parents is close to or same as losing everything in life. In Qur’an 17:23-24, Allah defines the respect due to parents from children; and states, “Thy Lord hath decreed that ye worship none but Him, and that ye be kind to parents, whether one or both of them attain old age in thy life, and say not to them a word or contempt nor repel them but address them in terms of honour; And out of kindness, lower to them the wing of humility, and say: ‘My Lord! Bestow on them Thy Mercy even as they cherished me in childhood”.

For the larger society, which is the dumping-ground for miscreants produced by failed homes, we advise leaders and the wealthy to shun public display of affluence. Moderation should permeate their public and private life. While we pray that Allah guides parents to fulfil their obligations towards children and also grant them the patience required for this task, we pray that He (SWT) inspires children to respect, love and care for their parents, siblings and relations as defined in the Qur’an, amin.