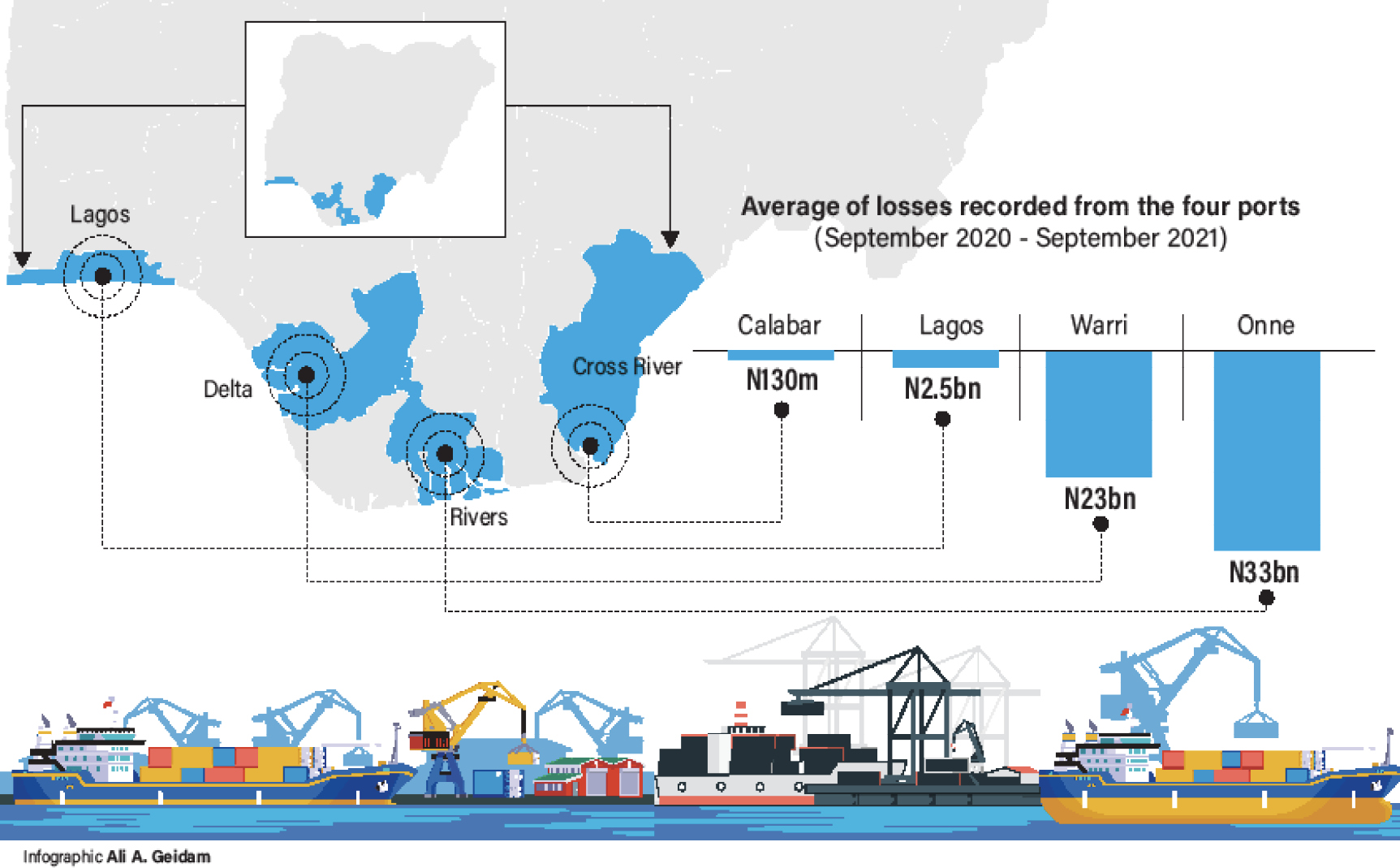 The Federal Government has lost over N58 billion over failure to engage service boat operations monitoring agents in four ports locations over the last one year.

The issue of razing down Independent Electoral Commission’s offices is yet to be over as arsonists in the early hours of Sunday set ablaze the INEC in Awgu Local Government Area of Enugu State.

The Senate has said 39 Ministries Departments and Agencies (MDAs) failed to retire about N2.2 billion advances to the federation accounts in 2014. What’s your take on this?

Computation from previous accruals showed that the government has lost over N58 billion as the average of what would have accrued to the federation account from the contract in four pilot districts in the last one year.

More facts have emerged on the operation that led to the rescue of Major Christopher Datong who was abducted when bandits invaded the Afaka campus of the Nigerian Defence Academy (NDA), Kaduna, on August 24, 2021. The bandits killed two officers before escaping with the major.

A source within the campus who pleaded anonymity said no ransom was paid or demanded before the joint military operation comprising troops of 1 Division Nigerian Army Headquarters, Kaduna in conjunction with the Air Task Force, Department of State Services and other security agencies that dislodged bandits’ camp in the Afaka- Birnin Gwari general area where they succeeded in rescuing Major Datong.

Arsonists on Sunday morning burnt down an office on the Independent Electoral Commission (INEC) in Awgu Local Government Area of Enugu State.

It was gathered that the arsonists scaled through the perimeter fence to access the premises.

PODCAST: ‘Generators Are Harmful’, Can Nigerians Abandon Them?

In the last five years or so, Nigerians have spent billions on generators, according to the House of Representatives.

But authorities warn that some of these generators pollute the environment and damage people’s health. Will Nigerians abandon generators? Click the link to listen to the podcast

The Senate has said that 39 Ministries Departments and Agencies (MDAs) failed to retire about N2.2 billion advances to the federation accounts in 2014.

The Red Chamber, in its resolution, demanded the sanctioning of accounting officers of the affected MDAs in accordance with the provision of Rule 3124 of Financial Regulations.

Two-time Wimbledon champion Petra Kvitova said Sunday she would not play the Billie Jean King Cup finals in November as she needs rest.

The rebranded Fed Cup tournament will be held on indoor hard courts at the O2 Arena in Prague on 1-6 November after the Czech capital replaced Budapest as the host city earlier this year.