The essence of Peter Obi

On Arise TV sometime in January 2020, the late Malam Samaila Isa Funtua, one of the North’s foremost industrialists and self-admitted face of the shadow… 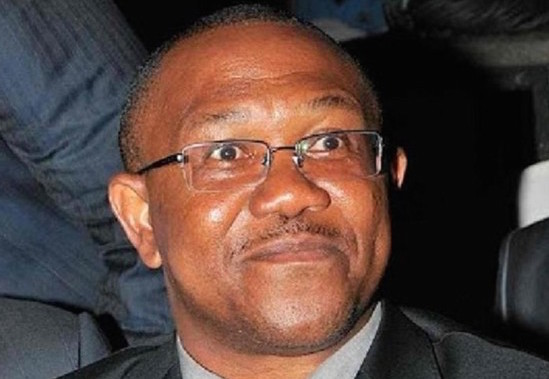 On Arise TV sometime in January 2020, the late Malam Samaila Isa Funtua, one of the North’s foremost industrialists and self-admitted face of the shadow cabal rumoured to have had the Buhari government on a leash, damned political correctness to address the dilemma of the Igbo presidency.

The ethnic group, one of the anchors observed, felt marginalized, and the industrialist interjected to say that Nigerians weren’t functioning in “Turn-by-Turn Nigeria Limited,” and that the Igbo must identify with the Nigerian state, establish a strong presence in the (winning) parties and demonstrate their electoral advantage to earn the nation’s topmost position.

Do something about the economy now

Even though Malam Funtua’s interview was polarizing, and appealed to those who believed the Igbo had not exerted their self-evident numerical size in national elections to negotiate for the presidential ticket in the major parties, their marginalization isn’t a myth. This has a historical context the denialists tend to overlook, but it’s the remembering of this history through ethnic lenses that has frustrated attempts at trust and equity among the largest ethnic groups.

Since the nation’s first coup in 1966, which is still attributed to the Igbo based on the ethnography of the casualties, and down to its eruption into a civil war the following year, the distrust of the Igbo has been palpable in our politics, and this mindset was nourished by the persistent yearnings for Biafra among the Igbo decades after Colonel Chukwuemeka Odumegwu-Ojukwu led them through a failed attempt at secession. This sentiment has been weaponized by a fringe Igbo elite and paved the way for the monstrosity that produced Nnamdi Kanu’s separatist movement, the Indigenous People of Biafra (IPOB).

IPOB’s obsession with demonizing Nigeria, which its foot-soldiers refer to as a “zoo” as popularized by Kanu himself, was welcomed by an army of cyber-trolls on social media. With a strangely impregnable terrorist cult, Eastern Security Network, at its disposal, IPOB has successfully stoked sectional sentiments to pathologize the “Hausa-Fulani,” and sometimes the Yoruba, signalling its members and supporters to renounce their citizenship.

Enter Peter Obi. His emergence and growing popularity in a geo-political zone at the mercy of IPOB’s terrorism and hare-brained propaganda warfare is a long-awaited triumph. Since his defection from the People’s Democratic Party to the Labour Party over a claim that the former’s primary elections were insufferably monetized and compromised, he’s drawn massive sympathy and sparked political participation in the South East, especially among the youths. The support base sets out to erode the anti-Nigeria toxicity dispensed by the IPOB mobs online and offline. No matter what one makes of Mr. Obi’s zealous supporters online, they have ignited identification with the Nigerian state and interest in its salvation in the politically-tokenized South East. Interestingly, they believe the governance they seek can only be achieved through their man, and that’s politics at its hallucinatory best.

The Igbo are victims of their apathy in this democracy. Their marginalization may not be a myth, but it’s largely a creation of the ancestral refusal to weaponize their numerical size in national elections. Such apathy is why President Muhammadu Buhari who chose Igbo running mates twice and failed to appeal to the ethnic group would have the audacity to say, during a question & answer session at the United States Institute of Peace (USIP) in 2015 that the constituencies that gave him 97% of their votes couldn’t be “treated on some issues with” the South-East—“the constituencies that gave me 5%”.

The surge in PVC registrations across the South-East must be seen as a victory lap by Nigerians. The task now is upon the government to manage these expectations judiciously and let these numbers prove the late Malam Funtua’s theory that the Nigerian Presidency couldn’t be given “on a platter” and that politics is a game of numbers; a call to action that was interpreted by his critics then as a burst of bigotry.

The hurdle ahead of Mr Obi is the same the late Chief Odumegwu-Ojukwu couldn’t surmount in his bids to lead democratic Nigeria. In the 2003 presidential election, the late Ojukwu polled 1.3 million votes and came third under the APGA banner, behind General Muhammadu Buhari who polled 12.4 million votes under the ANPP banner, and Chief Olusegun Obasanjo who polled 24.4 million votes to win the election. In the next election, four years later, Chief Ojukwu dropped to a disappointing sixth position, polling 155,947 votes. He was even behind a less-influential Igbo politician, Mr Orji Uzor Kalu, who polled 608,803 votes under the PPA banner to come fourth.

Like Ojukwu who accused the Nigerian state of treating the Igbo as a “token people” after his electoral loss in 2003, which isn’t untrue, Obi must break down his provincial garb and build an appealing bridge across the Niger. His regionalized support base isn’t capable of painting him as such a pan-Nigerian figure. His party’s interest in forming a coalition with Senator Rabiu Musa Kwankwaso’s New Nigeria People’s Party (NNPP) as revealed in the latter’s interview with BBC Hausa on Saturday, even if it doesn’t guarantee electoral victory next year, would make the pair more than the local champions they are.

The NNPP – Labour Party merger talk, I fear, may be stalled by the refusal of both parties’ presidential candidates to play the second fiddle on the ticket. Kwankwaso and Obi have rabid foot-soldiers unlikely to make such a decision easy, but, even if Kwankwaso is a more experienced politician and arguably bigger, Obi needs the ticket more than he does. One of them, thus, must tame his ego for this merger to happen. Kwankwaso’s tone in the interview doesn’t seem like he’s the second fiddle, and Obi’s bold decision to leave a party that fielded him as a vice presidential candidate in the 2019 elections, and with an even higher chance of winning the election this year, means that he’s done being second fiddle.

Whatever the outcome, Peter Obi has energized the youth demographic in the South East and renewed the faith of the Igbo in the Nigerian election in a fashion even Ojukwu never did when he ran for president, and the next few days of merger talks would determine the perimeter of the threats the proposed NNPP – LP ticket poses to the APC and the PDP who are strategizing to secure votes in Obi’s and Kwankwaso’s political strongholds. If the Obi – Kwankwaso or Kwankwaso – Obi ticket delivers the result expected, this would undo the fear that made Buhari rethink his alliance with the Igbo after failing to appeal to them with Igbo running-mates in the 2003 and 2007 elections, before he opted for Yoruba pastors in subsequent elections.

The realization of Igbo’s numerical strength in the next elections would also undo why Atiku Abubakar’s candidacy too couldn’t inspire desired voters’ turnout in the South-East despite having Obi as running mate in 2019. If the reported surge in PVC registrations and youth involvement in politics inspire more Igbo to vote, this culture of tokenizing the ethnic group may just be nailed in a coffin next year, and, with or without victory, the South-East would have Mr Obi to thank for their political liberation. I hope this optimism isn’t misguided.