The End of An Era: Five Lessons Learnt from the Queen Elizabeth’s Reign

Her Majesty Queen Elizabeth II, Britain’s longest reigning monarch, has died at home in Balmoral in Scotland, aged 96, surrounded by her children, including her… 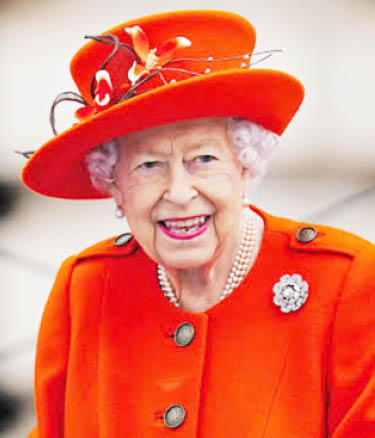 Her Majesty Queen Elizabeth II, Britain’s longest reigning monarch, has died at home in Balmoral in Scotland, aged 96, surrounded by her children, including her eldest son, now King Charles III. Queen Elizabeth II was such a longstanding institution that it’s easy to forget she wasn’t supposed to have become queen at all.

Statistica states that almost seventy percent of the world’s population are aged 65 years and below, therefore, for most of us, she is the only Queen we have ever known. And while her reign has been marred with so many transformations, scandals and deaths, this woman has stood tall in face of it all and exemplified the true meaning of leadership. We have watched her grow from a beautiful, green, young woman to the quiet distinguished woman she was until her death. The queen has been sovereign for 70 years, which means there is a lot that can be learnt from her life.

The first and truly the most honest thing we should know by now is the leadership is bestowed on us from the Almighty. No matter what religion you belong to or even if you are atheist, you cannot deny the fact that Queen Elizabeth’s rise to the throne was the design of a Supreme being. The young princess had been born to a famously happy home. Her father, born Prince Albert, was the excruciatingly shy, stuttering second son of the martinet King George V and the frigidly correct Queen Mary. His glamorous older brother, Prince David, the Duke of Windsor, was destined to be king. Elizabeth was therefore way down the line for the throne when she was born.

The princess’s uncle David, groomed from infancy to become king and serve his country, instead succumbed to the glamour personified person that was American double divorcée Wallis Simpson and renounced his throne in order to be with “the woman I love.” Hence, his stammering younger brother Bertie suddenly found himself king, crowned as George VI in 1937. Even with this, Elizabeth assumed her father would live long and her ascension to the throne would be in a very long while. The world also thought this as well.

But as we know, His ways are not our ways.

In 1953, King George VI, died at the age of 56 of coronary thrombosis (he had been a heavy smoker throughout his adult life) and his eldest daughter ascended to the throne at the age of 25 years.

This is not ‘luck’ or ‘coincidence’. This is careful and detailed planning by the Almighty. Leadership is bestowed by God. No matter how much we scheme and lobby and resort to diabolical ways, only that who was ordained by God will be appointed a leader.

No be by guns and dollars.

The second lesson is the importance of an understanding partner. At the time of their marriage, the King was said to have pulled Prince Philip aside and told him a few words. His role was clear: to support his wife and stabilize the crown. In Prince Philips’s words, he said: “that my job—first, second, and last—was never to let her down.”

He had to give up his beloved naval career, a loss that he can only have felt strongly. Instead, he dedicated himself to public service: Over the ensuing decades he became the diligent patron, president, or member of more than 780 organizations, and by the time he retired from official duties in 2017 at the age of 96, he had completed more than 20,000 solo engagements and, many more with the queen.

In this we learn the importance of choosing a life long partner. If you plan to run for office or are bestowed with royalty, then choosing a partner is no more a matter of mere love. In a man or a woman, the person must share the same ideals as you and come from similar backgrounds so as to understand the magnitude of the task ahead. It is for this reason that Royalty or blue-bloods inter-marry. Mere mortals like us cannot comprehend the intricacies. Just see what is happening to Prince Harry and Meghan Markle. Chalk and Cheese.

On October 21, 1966, an avalanche of mud, water and debris from a coal mine buried an elementary school in the South Wales village of Aberfan, killing 116 children and 28 adults. Though Prince Philip arrived in Aberfan a day after the disaster, the queen herself delayed her visit for over a week, fearing her presence would distract from rescue and recovery efforts. This poorly thought decision caused a great deal of bad publicity for the queen who had long enjoyed the adoration of the public. When she eventually went and met with the parents and relatives of the deceased she was saddened by their state. Some of those close to Elizabeth—including her former private secretary, Lord Charteris—have said she regretted the decision not to visit Aberfan sooner for the rest of her life.

And here lies our third lesson. When in the public eye, public relations is paramount. I am not talking about PMBs jetting off to commiserate with the crown (Has he gone yet?), but that he should be seen rushing to the side of his people when calamities happen and not just dishing out statements several days later ‘condemning the act’. How many times has PMB gone to the North east? What about the train kidnapping? Or the Lagos building collapse? Did he not see the pictures of Obama during Hurricane Katrina?

Call it what you like, but optics is a very big part of leadership. That picture of the president picking his teeth has to be the worst disservice that has been done to his government!

Fourthly, and I know that the Ulama will come for my head with this one, is that a woman can be a good leader. Perhaps, if she were a man, she would have taken more drastic decisions and made more meaningful impact, but through her we have learnt the role of silent, dignified and firm leadership qualities. She has shown remarkable resilience, strength and tolerance throughout her reign as monarch that will serve as a template for women all around the world.

My favourite story was when the Queen decided to have some fun when Saudi Arabia’s late King Abdullah visited Baymoral, the royal estate in Scotland. The Queen offered to give him a tour of the grounds and so the royal Land Rovers were drawn up in front of the castle. As instructed, the Crown Prince climbed into the front seat of the Land Rover, with his interpreter in the seat behind. To his surprise, the Queen climbed into the driving seat, turned the ignition and drove off. Women were not yet allowed to drive in Saudi Arabia, and Abdullah was not used to being driven by a woman, let alone a queen. His nervousness only increased as the queen, an Army driver in wartime, accelerated the Land Rover along the narrow Scottish estate roads, talking all the time. Through his interpreter, the Crown Prince implored the Queen to slow down and concentrate on the road ahead. She only smiled and drove faster. The event was later confirmed by Abdullah, making it undeniably true and hilarious!

Lastly, and perhaps the most important lesson from the Queen’s reign, is her unquantifiable tolerance. This was a woman who was brought up in the traditional royal British setting in the 1920’s and 30’s, yet was able to steer the crown in a way that it is still relevant in the 21st century. She was able to transform the royal family from an enigmatic entity to an institution that we have all come to revere and adore. How many traditional institutions have achieved that? Not many, I tell you. Many have succumbed to politics and disgraced the institution. Queen Elizabeth was famous for her non-partisan role in politics and upholding the values of the crown.

This, I think, was her most notable achievement.