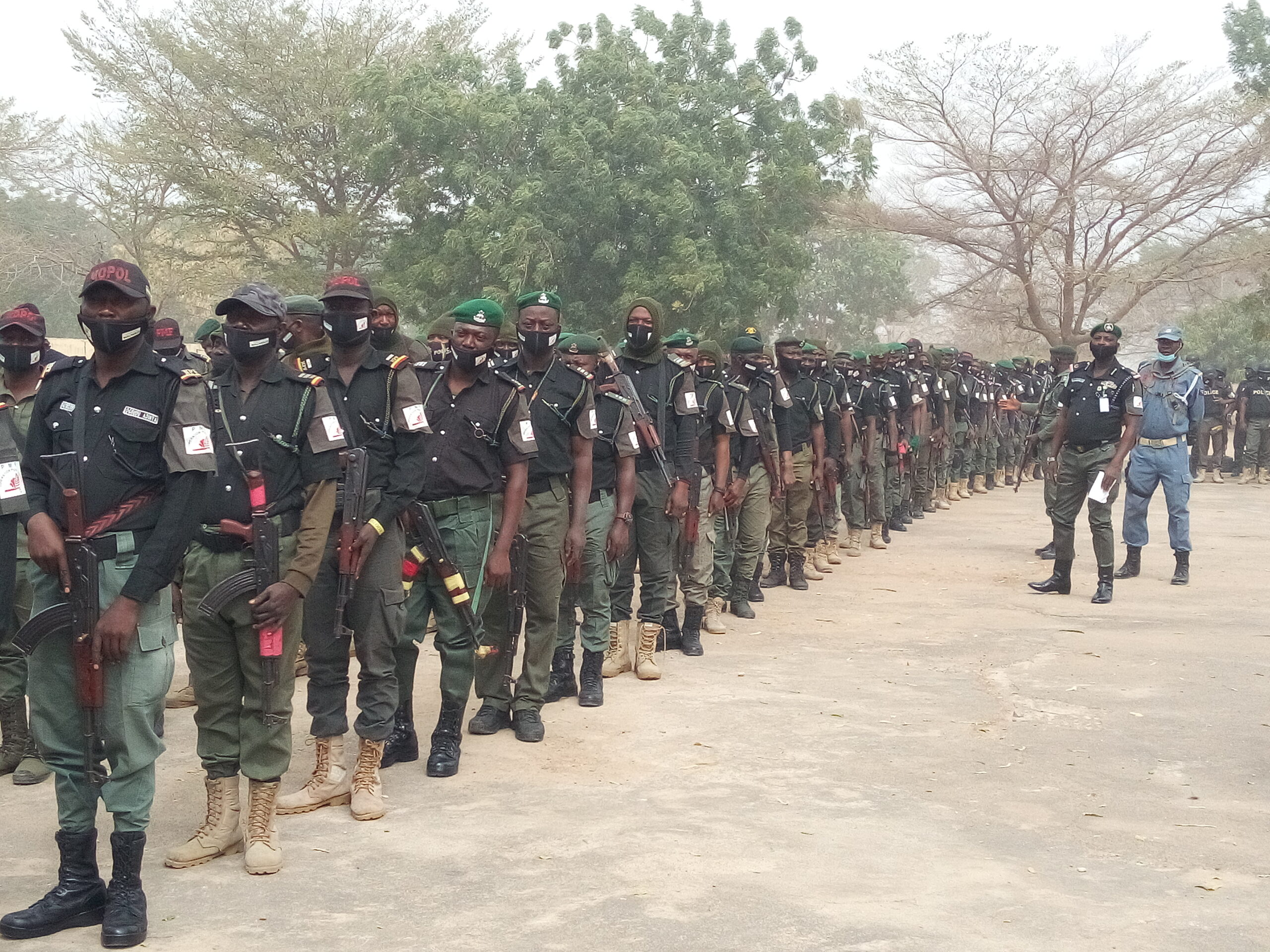 Since October last year when the formation of the Special Weapons and Tactics (SWAT) unit was announced to replace the infamous Special Anti-Robbery Squad (SARS) of the Nigeria Police Force, the unit has remained shadowy. The recent directive by the IGP asking SWAT operatives to embark on routine street patrols started well, and then the operatives ‘disappeared’ from the streets, as Daily Trust reports.

Like shadows in the night, operatives of the newly-formed Special Weapons and Tactics (SWAT) unit of the Nigeria Police Force have ‘disappeared’ from the public domain.

Top officers of the force said this development was not unconnected to the attacks by gunmen and hoodlums suspected to be members of the proscribed Indigenous People of Biafra (IPOB) on various formations especially in the Southern region of the country.

The special unit was formed to take the place of the much-maligned and defunct Special Anti-Robbery Squad (SARS), noted for its gross human rights abuses and extra-judicial killings.

Last year, October 11 precisely, after persistent protests by youths nationwide against the brutalities of the SARS, the IGP, Mohammed Adamu bowed created the new unit called SWAT, said to have been ‘reformed’ according to the demands of protesters.

The unit is supposed to be an elite, armed component of the police capable of carrying out special operations.

But in December, Adamu directed the 17 Assistant Inspector-Generals of Police (AIG) in the Nigeria Police Force to deploy all SWAT operatives for routine patrols.

The order, which was contained in a signal sighted by Daily Trust, was also addressed to all the Commissioners of Police in the country including the FCT.

According to the signal with reference number CH:5350/IGP.SEC/ABJ/VOL.20/340 with the title, “Deployment of Newly Formed Special Weapon and Tactical Team operatives,” the operatives will be deployed immediately pending their primary operations.

The signal stated, “The Inspector General of Police directs that all recently selected and trained Special Weapons and Tactical Team (SWAT) operatives are to immediately be deployed for routine duties across areas of responsibility.”

The IGP noted further that the deployment of the personnel should be carried out immediately pending when they will be mobilized and kitted for their primary operations.

Asking the SWAT operatives to embark on routine patrols, according to a senior police officer, was part of measures by the IGP to curb increased insecurity across the country.

However, a few months after their deployment, they seem to have left their duty posts.

While some officers who spoke to Daily Trust said they are scared of fresh protests against them and attacks from the public, others noted that they went into hiding because they were not motivated.

“You know the dispositions of many Nigerians to the activities of the disbanded SARS which IGP Adamu, in collaboration with the Minister of Police Affairs, Muhammad Maigari Dingyadi have reformed by re-training them and re-orientating them.

“Some of them are now members of SWAT. So, in that case, the officers will not want in any way to be involved in anything that shows the institution in bad light having undergone rigorous and decent re-training,” a top police officer at force headquarters said.

He continued: “The recent attacks launched on various police formations by members of the proscribed IPOB, particularly in the South East, may have propelled our officers, who just underwent new training in the unit (SWAT) to ‘lie low’.”

A retired Deputy Inspector-General of Police, Adedayo Adeoye, told Daily Trust that since the attacks on police are growing only in the South East, the group behind it must be tamed.

According to him, the police officers should intensify their intelligence gathering, and have more station guards to repel them any time they are coming instead of fleeing.

“Since police stations are being burnt, it means there will be more criminals because the police will not be able to perform effectively. Not only that, it would be telling on our economy. The money the government is supposed to use in developing other things, it would now be used in rebuilding the police stations.

“Look at those police stations that were burnt during #EndSARS, up till now, nothing has been done about them, and I know it is because of lack of finance to rebuild them yet. What IPOB members are doing now is that they are setting the hand of the clock backwards. The police and the security agencies generally should buckle up,” Adeoye said.

Another retired Assistant Inspector-General of Police, Ali Amodu during an interview with Daily Trust said blamed the attacks on several factors.

“Even, in the so-called developed countries, the law enforcement officers are always at loggerheads with criminal citizens who want to get away with crime.

“Specifically, they see the police as stumbling blocks. So, they will pick on the police.”

He continued, “We’ve been told that those brutal attacks are the handiworks of the hoodlums, not the youths who genuinely came out for the #EndSARS [protests] because if you look at the whole thing, the boys that came out genuinely for #EndSARS were protesting for so many days and there was no act of violence.

“Then, suddenly the hoodlums entered. These hoodlums were even attacking the true protesters. Some of them were criminals and hijacked the prevailing situation then and created mayhem at police stations.

“What I am trying to say is that I don’t attribute what happened to the actual protesters. It was the handiwork of criminals who had been nursing grudges against the police for years.

Where are the SWAT?

When asked of the whereabouts of the SWAT operatives, the spokesman of the Police Service Commission (PSC), Ikechukwu Ani, said it was only the authorities of the Nigeria Police that could give detailed explanations on that.

Efforts to reach force spokesman, Frank Mba, were unsuccessful as calls put to his mobile phone were not answered neither did he respond to a text message sent to him.

The Minister of Police affairs, Dingyadi, could also not be reached.

Until Nigerians see the SWAT unit doing the job expected of them with professionalism, questions would continue to be asked about a unit that was birthed in a dust of controversy.