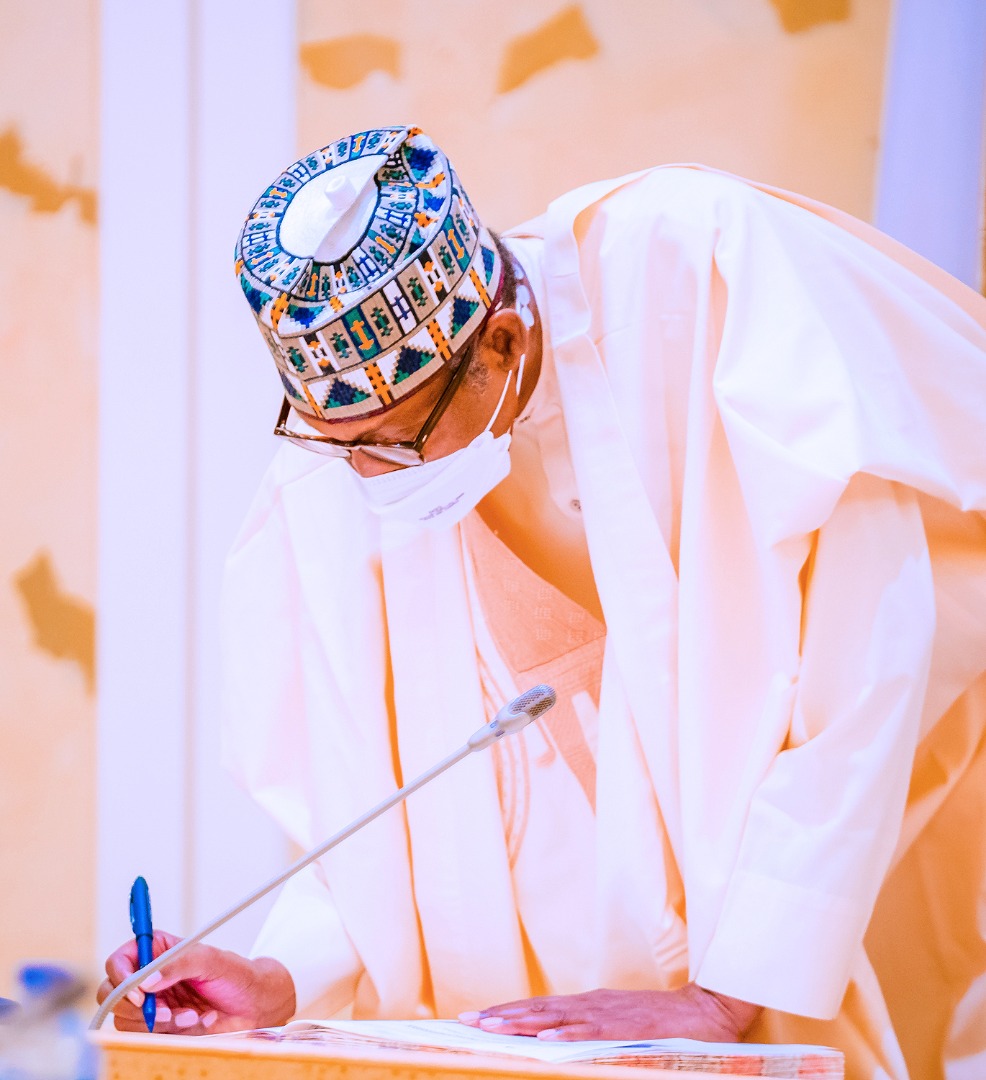 Almost two months after he was kidnapped, the Emir of Bungudu, Alhaji Hassan Attahiru is still in the kidnappers den by gunmen and even despite the payment of N20 million ransom.

The Edo state governor, Godwin Obaseki, said he’s yet to send the Anti-Open Grazing Bill to the House of Assembly simply because, he doesn’t want to enact an unenforceable law.

The president alluded to this on Monday at the opening of a two-day Mid-Term Ministerial Performance Review Retreat organised to assess the achievements of the nine key priorities of the administration and the performances of top government functionaries.

Almost a month after he was kidnapped by gunmen along Kaduna-Abuja Expressway, the Emir of Bungudu in Zamfara State, Alhaji Hassan Attahiru, remains with his abductors even after the payment of N20 million ransom.

The emir was abducted when bandits waylaid a convoy of vehicles he was travelling in from Kaduna to Abuja on September 14.

Governor Godwin Obaseki of Edo State on Monday said he was yet to send the Anti-Open Grazing Bill to the House of Assembly because he would not want to enact an unenforceable law.

He explained this in Benin, the state capital, at a public hearing on the bill, organised by the state government.

These crises have especially taken a toll on women and children, many of whom have been rendered widows and orphans and now struggle for survival in the IDP camps. Click this link to listen to the podcast.

President Muhammadu Buhari said the Ministry of Defence had been instructed to create a modest military industrial complex for the local production of weapons to meet some of the requirements of the Armed Forces.

He disclosed this in Abuja at the opening of a two-day Mid-Term Ministerial Performance Review Retreat organized to assess progress made towards the achievement of the nine key priorities of his administration.

Vice President Yemi Osinbajo Monday said Nigeria would continue to enact laws and policies to ensure children were protected and have access to education.

He said the Federal Government would put in place a national policy to guide its implementation to protect children from attacks in schools.

This was contained in the budget estimates submitted by President Muhammadu Buhari to the National Assembly last week Thursday. The NFF budget is part of the Federal Ministry of Youths and Sports Development’s total budget of N193,315,083,317.

Africa Is The Future Of Animation — M.I Thomas

Matui Isaac Thomas (MI Thomas) is a scriptwriter in animation. He sits as the Head of Story at Magic Carpet Studios, a division he helped set up as part of the founding team. Currently one of the few studios with an in-house story team. He co-founded Magic Scroll, the studio’s division dedicated to developing and acquiring IPs.

Over the years Thomas has supervised the development of all major scripts of the studio from “The Passport of Mallam Ilia” to “Meet the Igwes” he continues to deliver the best.