That need for a farewell slap

Foreigners would never understand the love Nigerians have for motherland. Forget all that nonsense you read on social media, I always advice foreigners not to… 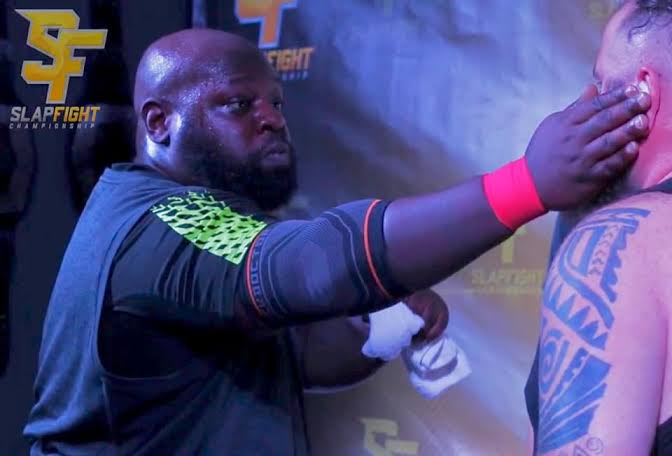 Foreigners would never understand the love Nigerians have for motherland. Forget all that nonsense you read on social media, I always advice foreigners not to join the yabis of Nigeria by Nigerians. If you do, you risk becoming the enemy of both sides.

We love motherland so much that after queuing in the sun and the rain to get a British visa, paying through our noses for the ticket to London, the first thing a Nigerian asks for after six hours of flight is where to get Nigerian food! The British museum of stolen arts and artefact, Big Ben, Piccadilly Circus, Trafalgar Square and Buckingham Palace – all those could wait.  And I’ll bet Muhammadu Buhari’s integrity that he is counted on this lot, which is why we have functional missions at the beck and call of big men and women.

One of the reasons we love motherland so much is that, we have a unique way of making a laughing stock of national calamities. According to his successor, Charles Chukwuma Soludo, ex-governor Willie Obiano has served his state well for the terms permitted by law. The way Soludo eulogised Obiano, if there were no term limits, he would not have been jostling for his position. Some say Soludo is learning fast how to be a Nigerian politician and not to bite the finger that is feeding him, except of course he has a dagger by the side.

Obiano had to leave – it’s the law! At Soludo’s inauguration, Obiano’s wife felt threatened by the presence of Bianca Ojukwu (nee Onoh) who has become an icon in her own right being the daughter of an ex-governor, an ex-beauty queen and the last Queen of former Biafran warlord Dim Chukwuemeka Odumegwu Ojukwu.

In spite of her pedigree as the wife of the outgoing governor, Ebele Obiano sartorially sashayed to Bianca’s seat and allegedly challenged her presence, using a language some have called undignified. It was alleged that she poked Bianca with her dainty fingers forcing the widow of Alaigbo’s most revered son to send her home with a farewell slap. All those passing judgement on Ebele Obiano should remember that she has just made history as the first wife of a governor to take a dirty slap as a parting souvenir. That is the verdict of history and a record now open to being broken.

It is stuff like this that makes Nollywood the addiction of many Africans in the diaspora. Outsiders think we are as weird as our playwrights portray us on celluloid. Trust Nigerians, they have made award-winning memes and scripts of this sordid affair. What a way to leave office.

And it does not end there. Mr Obiano was not known to have cautioned his termagant; instead he was looking forward to a happy retirement in – wait for it – Texas. Apparently, he wanted to quit before Soludo discovered that his swan is actually a crow even though he made Awka look better than Austin.

As a former excellency Obiano was boarding a Texas-bound aircraft when Buhari’s boys in zany suits tapped him on the shoulder saying not yet. If he had believed that Soludo’s farewell dinner of abacha and palmwine followed him from Awka, he was wrong. The detectives flashed their cards and he was soon taking an executive ride to their headquarters where he has remained while they check out how to find something to keep him there for much longer.

Obiano’s enemies should just relax. He is not the first ex-this, ex-that to become either an ex-convict or ex-detainee. As a matter of fact, it is a garland of honour for politicians to be detained. The next time His Excellency was seen in boxer shorts, he was chilling with bottled water to calm himself down.

I hope for the sake of their image, the EFCC finds something against Obiano. The ex-governor might have lost immunity; he has not lost his rights to good lawyers. If precedence is anything to go by, Obiano might yet take his flight to Texas. If he decides not to live in Texas in perpetuity, he could return home to earn a second immunity either as a senator or as a minister. These things happen all the time.

When it comes to dealing with Nigerian politicians, never say die. Just when you think they are totally finished; like the legendary phoenix, they recycle themselves back from obscurity to reclaim their suspended prestige – ask Orji Uzor Kalu and others who were hounded after immunity.

Nigerians have learnt not to take the EFCC seriously. Not especially after ex-governor, former APC chairman Adams Oshiomhole’s famous statement – that once you join the APC, your sins are forgiven. As they say, only the stubborn fly follows the dead body to the grave, as only a stubborn politician waits until his issue is beyond redemption. Not many moons ago, the redeemed saints of APC were the carpetbaggers and wheeler-dealers of the opposition PDP. Once they discovered the ship was listing, they jumped boat and all their misdemeanours were forgiven them.

As usual, Obiano’s friends swear that he is being persecuted for refusing to surrender Anambra to the APC. Truly, Anambra has become a difficult nut for the ruining party to crack. It has remained the bastion of the All Progressives Grand Alliance (APGA) since it produced romantic-voiced Peter Obi as its lone star and poster boy. Like a typical Nigerian politician, Obi had sworn never to leave APGA, adding, “I’d rather quit politics or die than leave APGA. PDP is a curse to the South East”.

He didn’t mean it any more than an overfed dog turns its head away from its vomit. And no, he didn’t make the oath under Amadioha and is still alive and well after breaking his promise. Not only did Obi leave APGA, he was Atiku Abubakar’s presidential running mate at the last elections. As far as breaking promises go, Obi and Atiku deserve each other. The former Vice President under the PDP once swore never to return to the party after failing to clinch its ticket. Like Obi, he described the PDP as “beyond redemption.” Last week, Atiku received a N40 million gift from his friends and associates who want him to return to the campaign trail.

This is another reason why foreign observers would never understand Nigerian politicians. Nigerians don’t expect their politicians to keep their promises. President Muhammadu Buhari has been making and breaking promises with impunity since he was first appointed petroleum minister. He has hardly kept any of those promises. But in fairness, he is a master at making excuses for his failed promises.

The Buhari, who scoffed at what he called phantom subsidy, has removed what is left of any subvention and fuel has disappeared from the pumps. His promise to build four more refineries for each of his first four years is dead on arrival!

Nigerian politicians brazenly slap the people with more breached promises than Bianca Ojukwu slapped Ebele Obiano. Like Ebele Obiano, we take these slaps with pretentious anger only to let them hoodwink us again with their fake promises. What the people need to do is give a collective farewell slap to these buccaneers for our nation to reach its full potentials.