After 4 weeks of intense display from 19 housemates, Theophilla Effiong Hanson from Akwa Ibom State has emerged winner of the third season of Teachers… 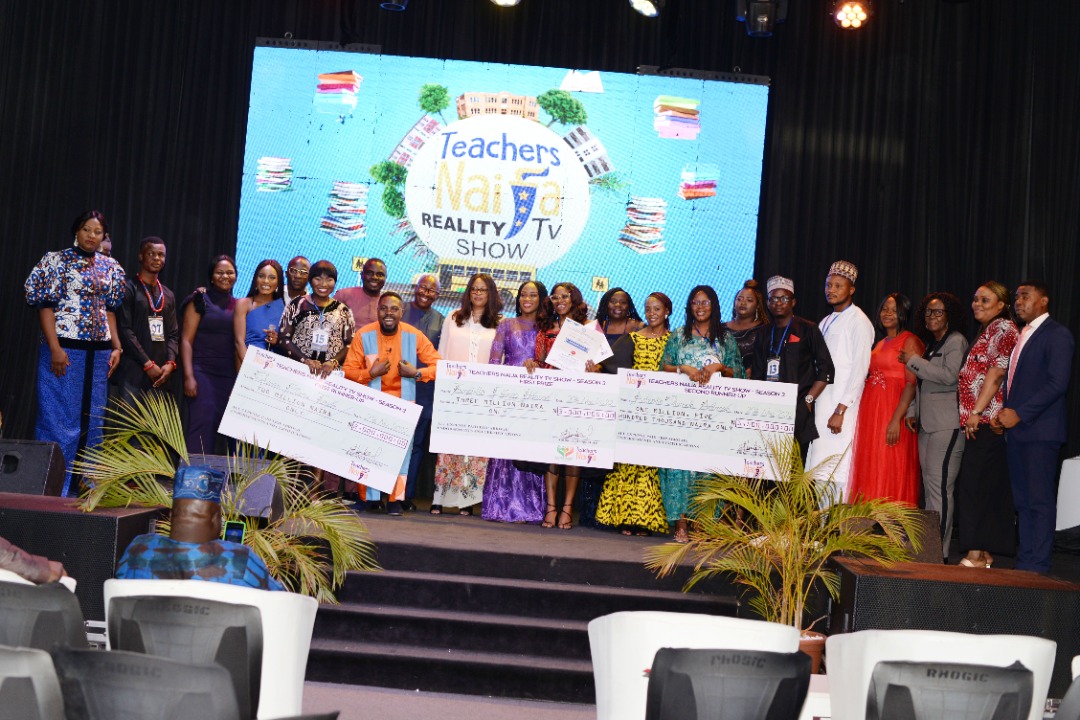 Daily Trust reports that the reality show, an initiative of Anub Media Limited, had its first season in 2019 where the winner, first and second runners-up, went home with N1.5 million, N1 million, and N500,000 respectively.

In its second edition in 2021, the show winner was awarded a two-bedroom flat in Abuja and the sum of N2 million cash prize while the first and the second runners-up got N1.5 million and N1 million respectively.

Theophilla, who emerged winner of this year’s edition, themed ‘The Smart Teacher’, was rewarded with N10 million (N3 million cash with N7 million worth of prizes), while the first and second runners-up got N7 million and N5 million respectively.

She edged out two other finalists Queen Etana Tunde and Adenike Ambrose to clinch the coveted status of winner of this year’s edition.

The winner and runners-up got inducted into some educational international bodies, a South Africa trip and many more.

Theophilla, 28, who is a teacher from His Majesty international schools, Ibaka Mbo LGA of Akwa Ibom was elated upon announcement of her victory.

While speaking with DailyTrust, she appreciated the organizers for the opportunity given to her.

The convener of the show, Enuagwuna Ubaka, during the event, said that the essence of the show is to change the narrative of the teaching profession.

He explained that the reality show focuses on celebrating Nigerian teachers in view of their huge contributions to nation-building.

“Teachers train the future generation and they deserve to be recognised. If other shows give out a lot of money to their participants, I think teachers deserve more because they have more impact.

“We put the show together to bring back the lost glory of the Nigerian teachers, knowing well that the teaching profession has been bastardized in Nigeria and relegated to the background. The housemates who were selected randomly across the country, were prioritized based on their intellectual capabilities.

“Some of the selection criteria were that each teacher must be between 21 and 45 years old, must be registered with the Nigeria Union of Teachers (NUT) and be actively teaching.

“The show was organized in collaboration with the Teachers Registration Council of Nigeria (TRCN), the Federal Ministry of Education and NUT.

“The housemates were twenty in number but one opted out at the last minute on health grounds,” he said.

At least 19 Nigerian teachers participated in the third edition of the reality TV show.